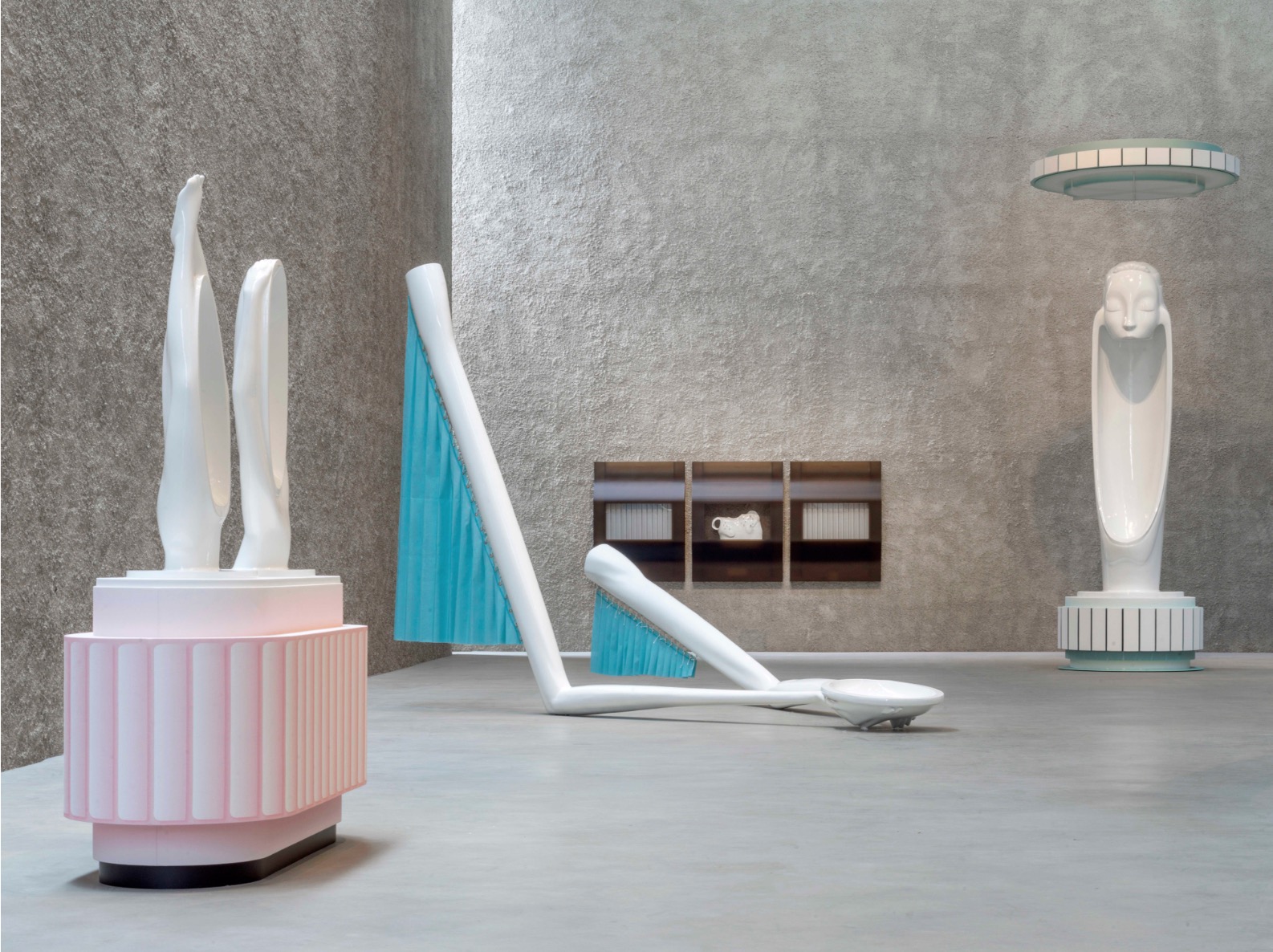 The exhibition shows new large-scale spatial sculptures. The monumentality of the works is emphasized by the high walls and sacred atmosphere of the former church space. In the past, "overpresentation" was common, especially in churches. Schmitten reinforces this impression with elaborately crafted pedestals, some of which are more prominent than the sculptures they support. The reduced formal language of the works and the perfect craftsmanship with which they are made encourage associations with design. The comparison, however, ignores an essential difference: design is focused on functionality, while Schmitten's sculptures solely fulfill their purpose in themselves as artistic objects.

The title of the exhibition, SESSHAFT [Settled], refers to the human way of life. Since humans abandoned the nomadic lifestyle tens of thousands of years ago, they have left ever more obvious traces of their existence, also in the form of artistic production. Globalization is making this lifestyle increasingly vulnerable.

Schmitten deals with questions about forms of life: For him the pandemic was a turning point that put a spotlight on humanity and how we live together. Whereas Schmitten's sculptures had previously often been negatives of human bodies, bodily fragments are now clearly visible. These elements in the form of legs, arms and a face merge seamlessly into basins. As a place of purification, these usually serve to rinse away bodily secretions, an action that suddenly took on special significance during the pandemic.

SESSHAFT challenges the viewer to reflect on current ways of life and human interaction.