Anton Vidokle. Citizens of the Cosmos 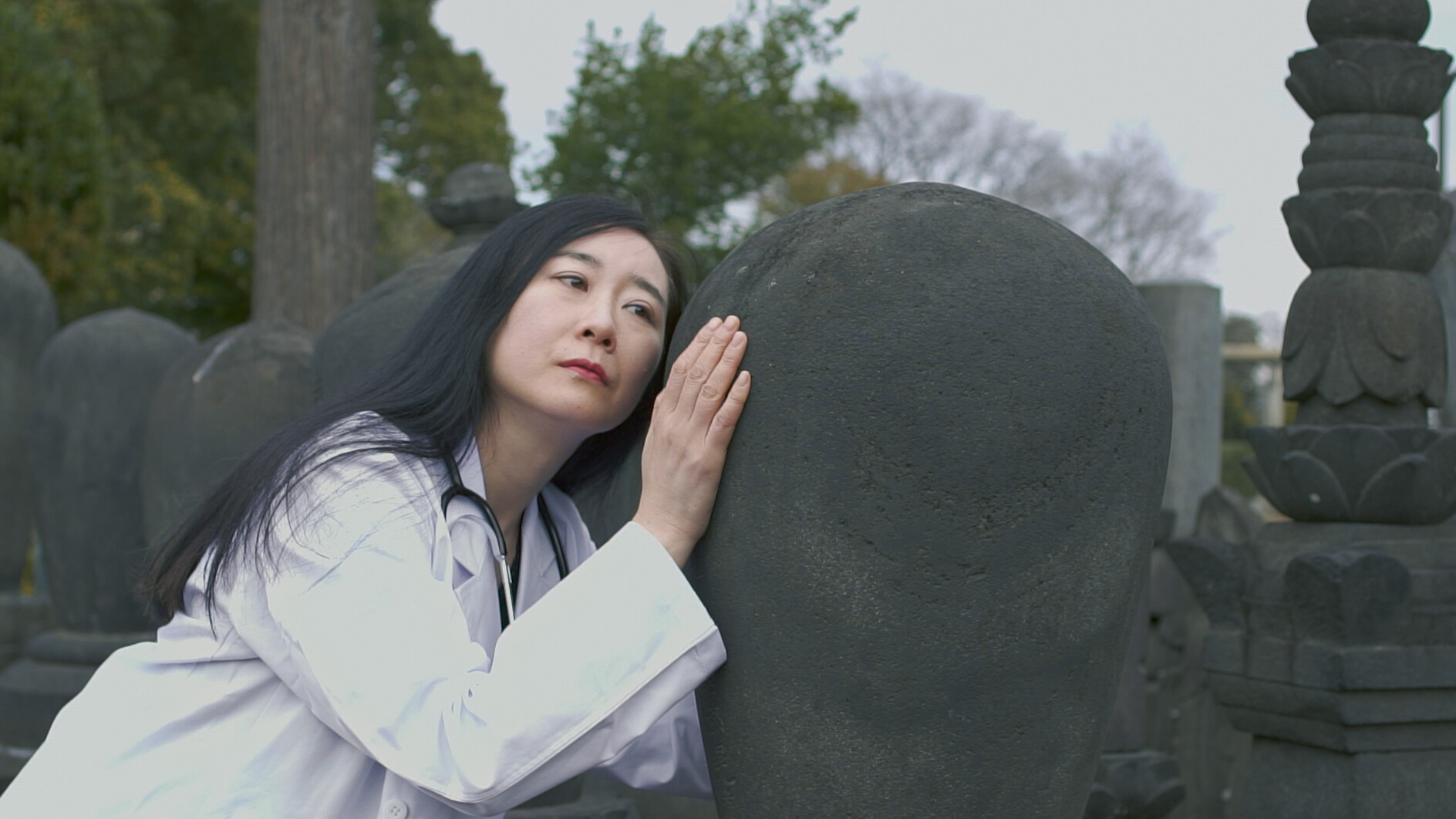 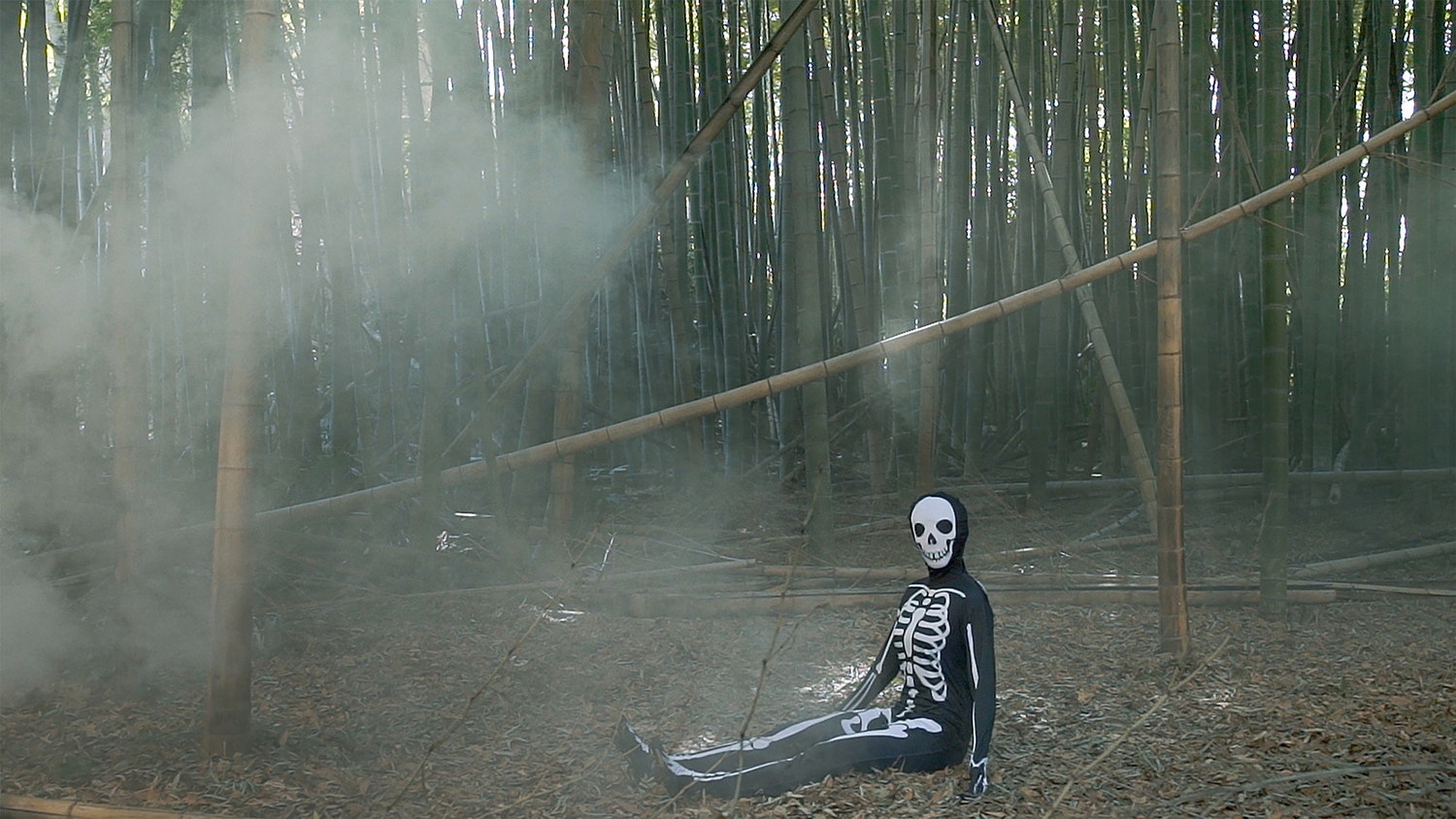 Anton Vidokle. Citizens of the Cosmos

Rampa, in coproduction with SIRIUS, presents Citizens of the Cosmos, an exhibition by Anton Vidokle. The exhibition features four films that explore Russian Cosmism through cinematic devices and an engagement with biopolitics, universalism, utopia, revolution, and museology.

Russian Cosmism is a constellation of theories and projects—philosophical, artistic, scientific—informed by the writings of the Russian philosopher Nikolai Fedorov (1829–1903). It brings together discourses of Marxism, Russian Orthodox Christianity, Enlightenment, and Eastern philosophy. Furthermore, it involves conceptions of technological immortality, resurrection, and space travel, and speculates on how these might be materialized through artistic, social, and scientific means. Russian Cosmism appealed to those in pursuit of a classless society, developments in space travel, and techniques of immortal preservation after the October Revolution of 1917.

The films form “tableaux vivants” situated between fact and fiction, reality and otherness, poetics and ideology. They mix voice-over narration, soundtracks (original scores and ambient sound), dialogue, quotes from essays by Fedorov and other thinkers, and intellectual and aesthetic references ranging from Russian Constructivism to science fiction as well as from historic understandings of death and immortality to speculative interactions between natural phenomena and societal transformations. They were shot in Moscow, Siberia, Almaty and Karagandy in Kazakhstan, Tokyo, and beyond, and include scenarios such as deserted landscapes, former industrial sites, and Moscow’s Zoological Museum and Lenin Library. They employ local amateur actors and extras, including artists, farmers, taxi drivers, dancers, and security guards.

In tracing the history and contemporary relevance of Russian Cosmism, the films position it as a precursor to more recent movements such as transhumanism, which centers on the enhancement and rejuvenation of the body through biological and technological prostheses, artificial intelligence, and genetic programming. They show examples by artists, writers, and scientists committed to bringing ancestors back to life, thereby erasing death in the evolutionary process—for example, the biophysicist Alexander Chizhevsky (1897–1964), who designed an aero-ionization apparatus to prolong the lives of his peers.

This Is Cosmos (2014) introduces the cosmos as not only outer space, but also something involving invisible cosmic energies moving through the currents of terrestrial-aquatic ecologies, both within our bodies and as part of our everyday lives. The Communist Revolution Was Caused by the Sun (2015) considers philosophical and political semblances between Russian Cosmism and Communism, as well as the Sun’s impact on history. Immortality and Resurrection for All! (2017) focuses on the museum as a site of resurrection, looking at practices and techniques of collection and conservation as a means of the material restoration of life.

Citizens of the Cosmos (2019) continues with key topics previously examined, now specifically through references to the 1921 “Biocosmist Manifesto” by the poet Aleksandr Svyatogor (1889–1937). It presents an imagined community articulating the ambitions of Biocosmism—immortality, resurrection, and interplanetarism—through the regenerative and transformative potential of blood transfusion. The film is set in contemporary Japan, using urban shrines, cemeteries, a crematorium, tatami rooms, a bamboo forest, an industrial gas plant, and city streets as its open-air stage. These locations serve as backdrops for dreamlike scenes, including funerary processions and demonstrations, the danse macabre, the cremation bone-picking ceremony, attempts to communicate with the dead using stethoscopes, and a theremin orchestra recital.

The sensorial and regenerating qualities of the films themselves attune to the principle of the transcendental and the emotional impacts of art, whose invisible energy affects us in indeterminate ways. For example, This Is Cosmos addresses the health benefits of the color red for animal and human cells, while Immortality and Resurrection for All! uses flashing light at 40 Hz to improve memory for Alzheimer patients, as that frequency is believed to directly communicate with brain cells. As an audience, our relationship to art becomes one of reciprocity, intimacy, and symbiosis as the interactions between us and the works reverberate.

The films appear in an era of growing investment, both private and public, in extraplanetary prospecting, geo-engineering, atmospheric manipulation, cryonics, and genetic and artificial intelligence experiments. They elucidate how Russian Cosmism aims to overcome time-space finitude through cooperative, creative endeavors toward a “more-than-human” universalism, and propose critical perspectives that enact a sense of hopefulness in the face of a general decline of reason.

Events
An event series examining the potential of Russian Cosmism for political and artistic discourse as well as scientific advancements and challenges, devised in collaboration with Anton Vidokle and involving various thinkers and artists, runs throughout the duration of the exhibition. It includes an on-site conversation between Vidokle and Keti Chukhrov (September 11, 4pm local time: Aula Magna, FBAUP, Porto) and online talks with Marina Simakova (September 16), Raqs Media Collective (September 23), Boris Groys (September 30), and Michael Marder (October 7), all on Zoom at 7pm local time.

All events are free to attend, but advance booking via the e-flux RSVP button or the Eventbrite pages of Rampa and SIRIUS is required.

Artist biography
Anton Vidokle is an artist and filmmaker born in Moscow and based in New York and Berlin. He is a founding editor of e-flux journal. His films have been presented at museums, festivals, and events worldwide, including the Yokohama Triennale (2020), the National Museum of Modern and Contemporary Art, Seoul (2019), Haus der Kulturen der Welt, Berlin (2017), the Venice Biennale (2015), the Istanbul Biennial (2015), the Moscow Biennale (2015), Documenta 13, Kassel (2012), and the Taipei Biennial (2012), as well as at the Berlinale, the Locarno Film Festival, the Moscow International Experimental Film Festival, and Doclisboa.

This exhibition is curated by Miguel Amado and Alexandra Balona. It is part of FUTURE PAST IMAGINARIES, a project funded by the Câmara Municipal do Porto through the Criatório scheme as well as the Fundação Luso-Americana para o Desenvolvimento. It is presented by Rampa, a gallery in Porto supported by the Direção-Geral das Artes, Ministério da Cultura, Governo de Portugal. It is coproduced by SIRIUS, a gallery in Cobh, County Cork, Ireland.