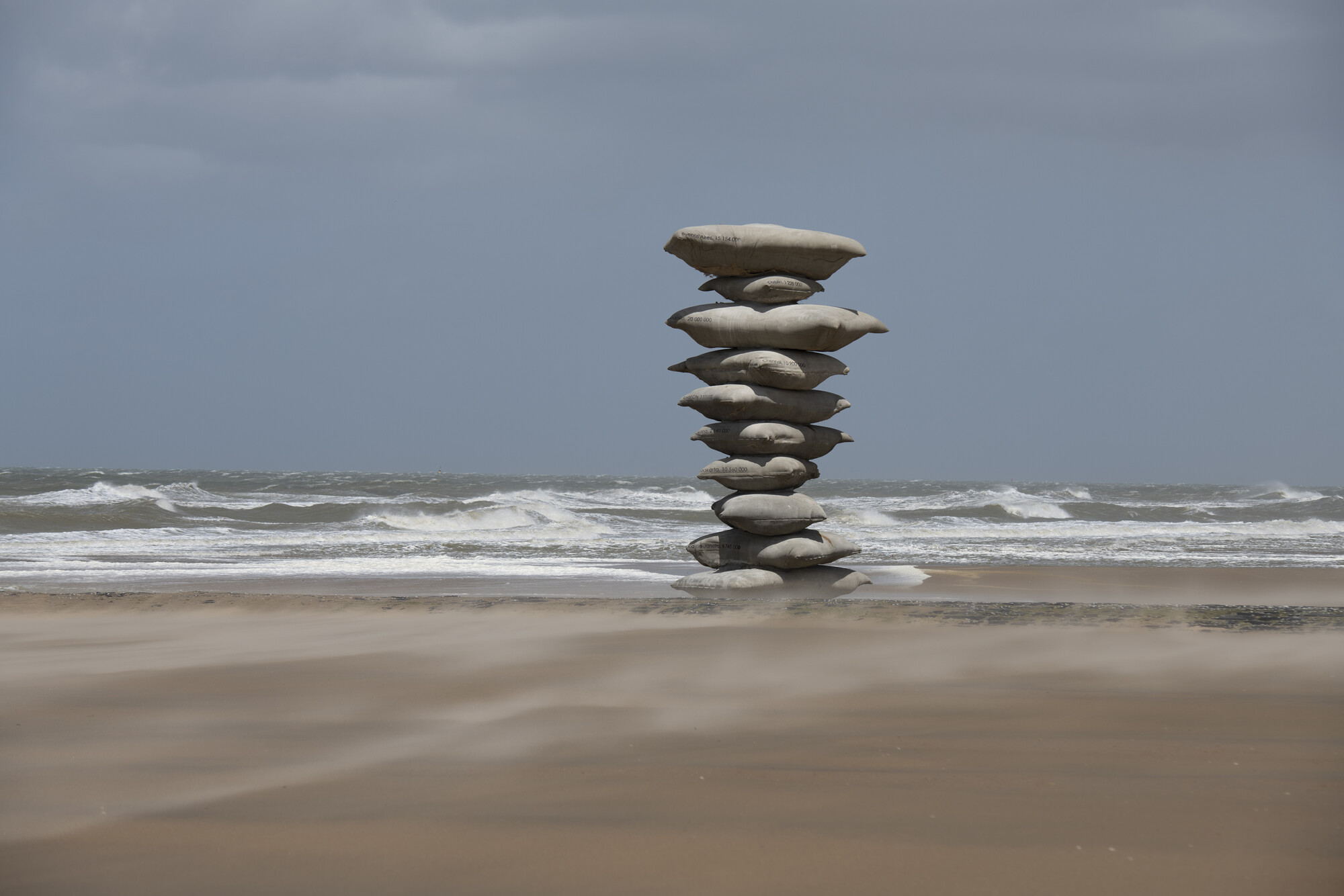 Beaufort 21 As a triennial in public space, Beaufort initiates new dialogues with the local histories and landscapes of the Belgian coast. This edition highlights the histories of natural events instead of man-made stories, thereby adopting an approach to storytelling in which the flow of water takes precedence over human exploits. Narratives like the creation of the North Sea or the submerging of the island Testerep in the 14th century are told alongside accounts of ecosystems that grow on wartime shipwrecks and munition dumps. Such storylines conjure histories that are unearthed from what is left at the bottom of the sea, where an oceanic recording of history happened along the lines of lawless cracks and selective omissions in national history. The artworks commissioned for the triennial give voice to stories that complement and challenge local history as we know it, aiming to bring justice to those that have been forgotten. Merging the past and the future, they seek to make visible and tangible corrections in the storytelling of a coast where infrastructure is currently being built to anticipate rising sea levels.

In the weekend of June 19-20, the first of ten performances of The Long Parade by Ari Benjamin Meyers will take place and Monokino organizes a film screening of Soleil Ô by Med Hondo.

Film screening of Soleil Ô by Med Hondo June 19, 8pm CEST – De Grote Post, Oostende
In its project Cracks and Crumbles, the Ostend nomadic film and art collective Monokino searches for other angles on Belgium’s colonial past, and of Ostend in particular. In addition to installations by Miryam Charles, Simnikiwe Buhlungu and Christian Nyampeta, Monokino presents several screenings and performances. On June 19, the restored film Soleil Ô (1970) by the Mauritanian film maker Med Hondo will be screened, a key film of the African New Wave. The program was organized in collaboration with Cinea and Archive Books and will be introduced by Pascale Obolo and Anouk De Clercq.

The Long Parade, first march
June 20, 3pm CEST – Gemeentehuis De Panne
The Long Parade is a music-based durational performance that is inspired by the bloody history of the Belgian coast, memory and forgetting, and the children’s game “Telephone.” The renowned Flemish fanfare band Die Verdammte Spielerei will march from the French-Belgian border in De Panne to the Belgian-Dutch border of Knokke, playing an original composition by Ari Benjamin Meyers over ten musical parades spread throughout the summer of 2021. They will be accompanied each time by a local group of musicians that have made their own adaptations of the piece and, in a ritualized manner, will pass the music on to the next municipality. This performance, in essence an evolving, moving rehearsal, will continue in the coming months, undergoing further mutations until the work reaches its finale in Knokke-Heist in October. Initiated in 2003, Beaufort is Belgium's longest-running public art triennial and takes place along the 67 kilometers of Belgian coastline in collaboration with the coastal municipalities.