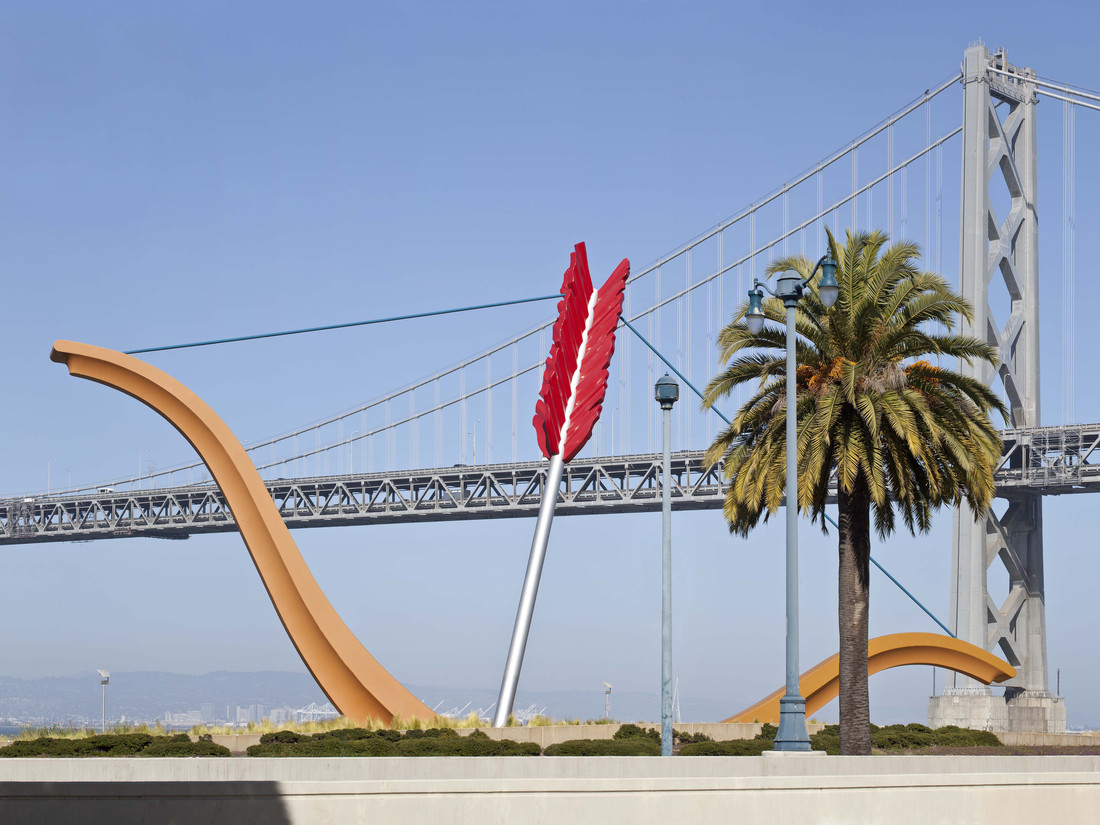 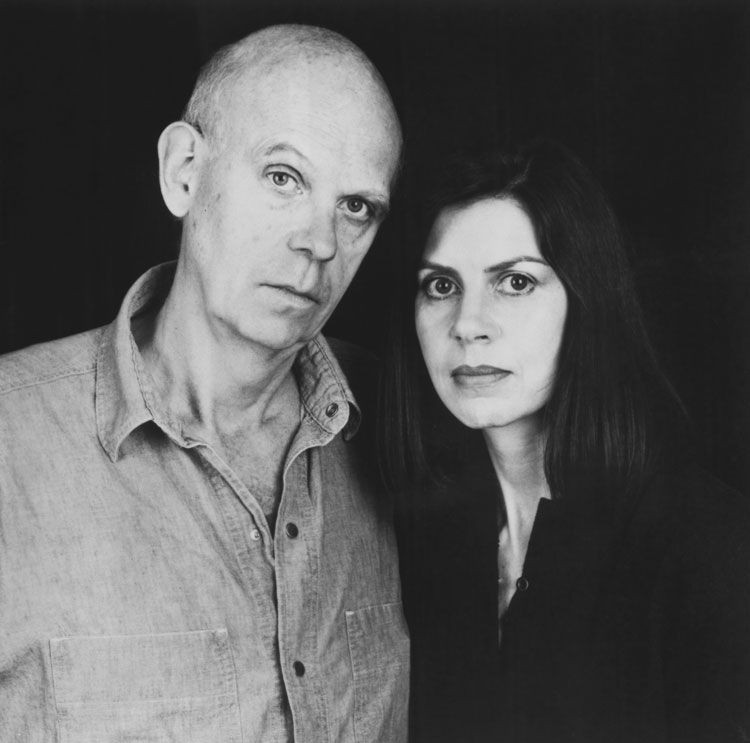 This exhibition sheds new light on the philosophical, aesthetic, and artistic dialogue between Claes Oldenburg and the late Coosje van Bruggen—among the best-known artist-couples of the post-1960s era.

Emphasizing the indispensable role that van Bruggen played in their collective practice and curated in close collaboration with the artists’ daughter, Maartje Oldenburg, the exhibition charts the evolution of one of the 20th century’s most influential artistic duos, culminating with the unveiling of the large-scale work, Dropped Bouquet—the final sculptural work that Oldenburg and van Bruggen conceived together before her death in 2009.

Pace Gallery is honored to present an exhibition celebrating the collaborative spirit that animated Claes Oldenburg and the late Coosje van Bruggen’s artistic achievements and romantic partnership. Over the course of three decades, Oldenburg and van Bruggen created some of the most famous landmarks in urban and civic spaces around the world. Bringing together a selection of seminal works in sculpture spanning the full arc of their shared history—from early collaborations in the 1980s to their final works of the late 2000s—the exhibition pays homage to one of the 20th century’s most influential artistic duos, highlighting in particular van Bruggen’s vital yet underrecognized role in their collective oeuvre. In addition to sculptures, models, and drawings, the exhibition debuts the large-scale work Dropped Bouquet (2021), the final sculptural collaboration that Oldenburg and van Bruggen conceived together before her death in 2009. On view from March 26 – May 1, 2021 at Pace Gallery in New York, Claes & Coosje: A Duet sheds new light on the philosophical, aesthetic, and artistic dialogue between these two artists and the indispensable role it played on their collective creative output.

Among the best-known artist-couples of the post-1960s era, Oldenburg and van Bruggen’s partnership was, from the beginning, a conspiracy between artist and art historian. They met in 1971, when van Bruggen was a young curator at the Stedelijk Museum in Amsterdam, and they married six years later. During the 1980s, van Bruggen soon transformed from interlocutor into full-fledged artistic collaborator and artist in her own right. From the 1970s onward, Oldenburg and van Bruggen’s ongoing debates and conversations—first around major sculptural commissions and later in their collaborative studio practice—reflected a profound intellectual exchange shaped by the sensibility of a sculptor, on the one hand, and that of a writer, on the other. The result was one of the most fruitful, impactful, and sometimes controversial collaborations in 20th century art. Today, Oldenburg and van Bruggen’s large-scale projects remain some of the most recognizable and beloved public artworks in the world.

Occupying two major galleries at Pace’s 540 West 25th Street location in New York, the exhibition is anchored by Dropped Bouquet (2021), the realization of Oldenburg and van Bruggen’s final work together. Produced at monumental scale for the first time after three years in fabrication, it evokes a garland of faux wildflowers, depicted in the midst of tumbling to the ground and frozen at the moment of impact, as if in suspended animation. Both celebratory and elegiac, flowers are a key visual motif in Oldenburg and van Bruggen’s personal iconography. The exhibition also features a selection of sculptural works from some of the artists’ best-known collaborations, including original artifacts, drawings, and soft sculptures from Il Corso del Coltello (The Course of the Knife), Oldenburg and van Bruggen’s canonical site-specific performance project for Venice, Italy, which was commissioned, conceived, and realized together with the writer Germano Celant and the architect Frank Gehry. This ambitious event involved the creation and embarkation of a sea-worthy sculpture in the shape of a giant Swiss army knife. With oars protruding from its red-enameled hull as if from a Viking longship, the image of Oldenburg and van Bruggen’s Knife Ship sailing the Grand Canal has become iconic, while the massive kinetic sculpture was later shown in the rotunda of the Guggenheim Museum in New York, at the Centre Pompidou in Paris, and finally at the Museum of Contemporary Art, Los Angeles.

Such important early collaborations from the 1980s—including models for Spitzhacke (1982), Oldenburg and van Bruggen’s contribution to documenta 7, and The Entropic Library (1989)—will be presented in dialogue with sculptural renditions of everyday objects of labor and leisure created in the 1990s and 2000s, and which range in scale from modest to monumental. From pies to garden tools, many were designed as models for large-scale installations, among them Inverted Collar and Tie (1993) and Typewriter Eraser (1998). Others, like the swirling Collar and Bow (2005), originally designed for Frank Gehry’s Disney Concert Hall in Los Angeles, exist only in the form of models and drawings.

Further exhibition highlights include sculptures and models from the 1990s and 2000s, including selections from the celebrated suite of musical instruments that van Bruggen and Oldenburg created around the time of their last major solo show, The Music Room, which was presented at Pace Gallery in New York in 2005 and again at the Whitney Museum of American Art as part of a major exhibition of the couple’s work in 2009. Also included is an important sculptural study for Soft Shuttlecock (1995), the monumental site-specific sculpture that Oldenburg and van Bruggen created together and suspended from the Guggenheim’s rotunda on the occasion of the 1995 retrospective. The work also evokes their well-known public sculpture of monumental shuttlecocks in the garden of the Nelson-Atkins Museum of Art in Kansas City.