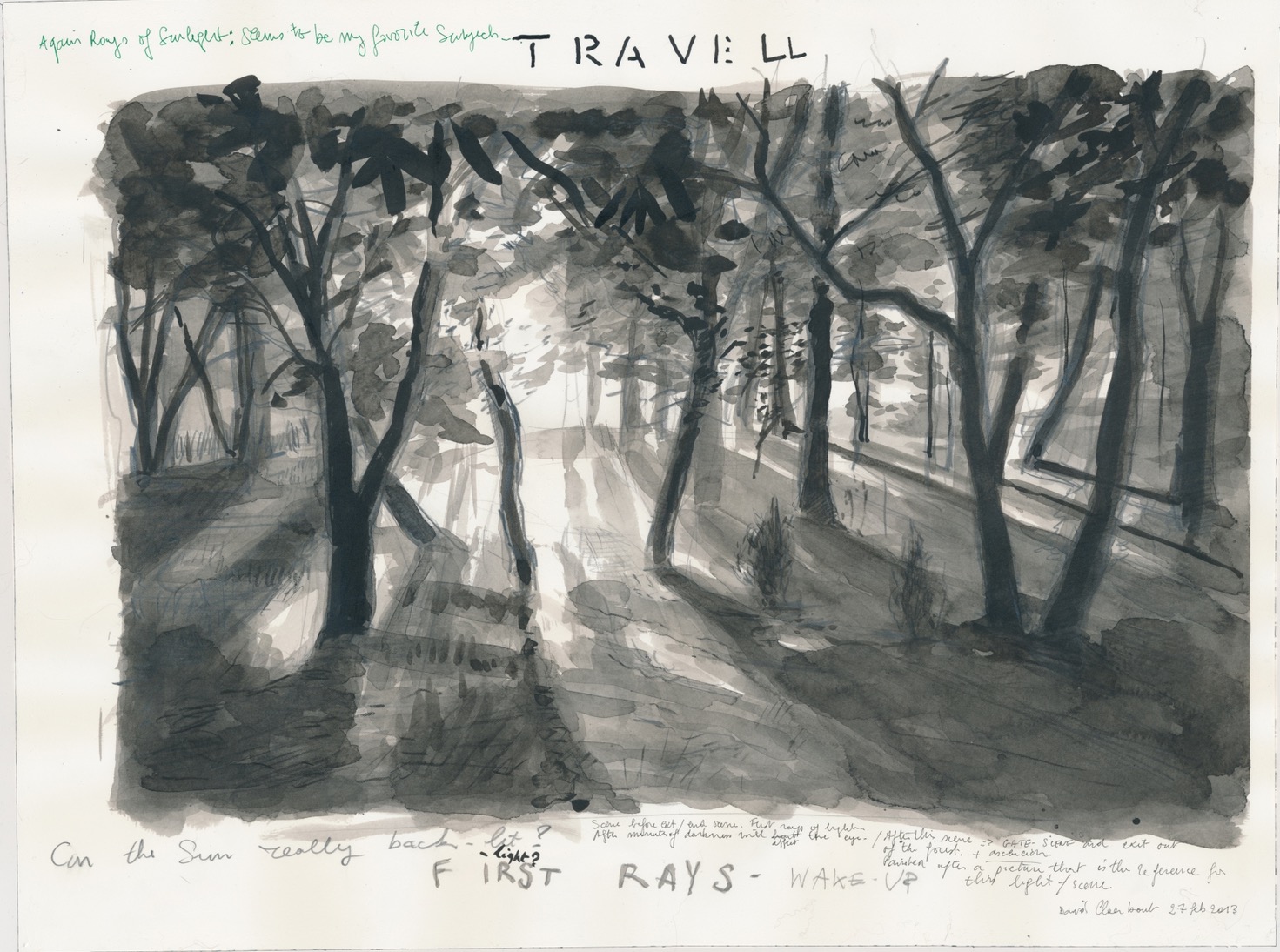 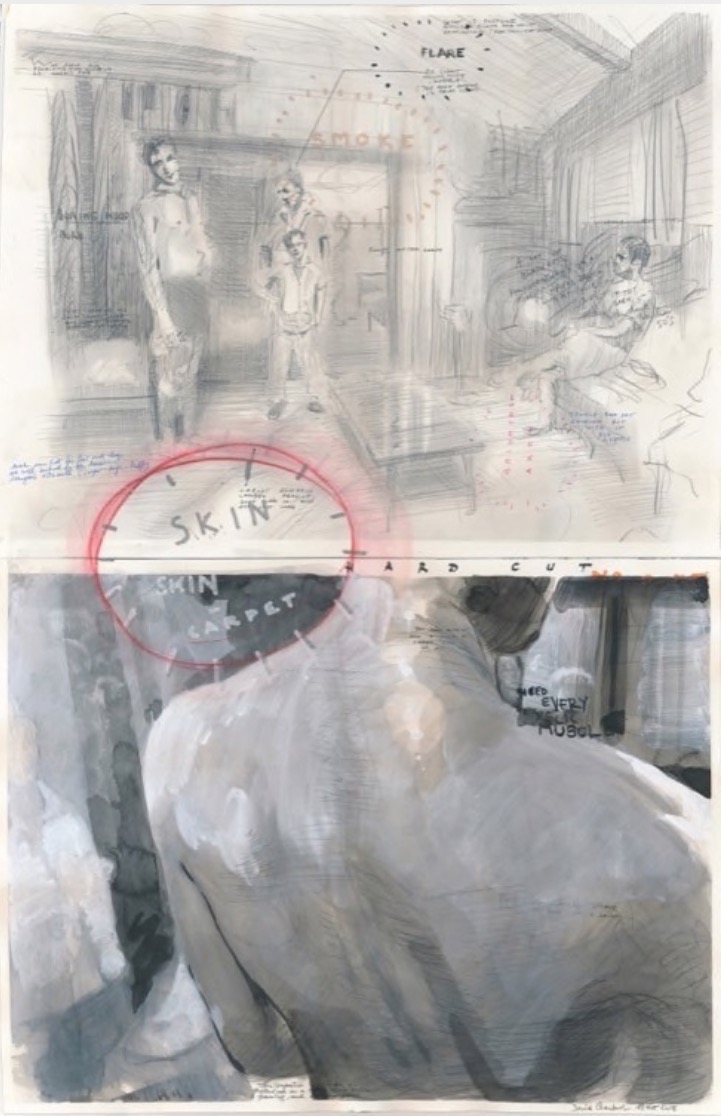 Sean Kelly is delighted to present Dark Optics, a solo exhibition by Belgium-based artist David Claerbout. The exhibition is the US premiere of Claerbout's two most recent film works, The Close, 2022 and Aircraft (F.A.L.), 2015-2021, alongside a series of works on paper relating to each film. To mark the opening of the exhibition, Claerbout will be in conversation with David E. Little, Executive Director of the International Center of Photography, on Tuesday, April 26 at 6:30pm.

The Close is conceived as a journey traversing the past and future of the camera. It brings together a reconstruction of amateur film, circa 1920, and a digital 3D rendering of that footage. Reminiscent of so-called city symphonies during the early days of film, which marked the proliferation of the movie camera into daily life, the film opens with a street scene whose occupants are muted twice - socially and again, technically. Claerbout poetically attempts to restore their voices at the end of the film with a recording of 24 spatially distinct singers performing Arvo Pärt's 2004 vocal composition Da Pacem Domine, thus surrounding an isolated child, who has become the focus of the film, with an architecture of voices. The Close oscillates between sensorial cohesion and fragmentation, the familiar and the estranged. Intended as a short, emotional history of the camera, The Close reflects on what Claerbout refers to as 'dark optics,' a profound if chaotic recalibration of the beliefs we share regarding image, information, and language.

David Claerbout recorded Aircraft (Final Assembly Line) with a camera in an empty factory hall and generated the image of the aircraft with the aid of an elaborate 3D model. The result is a hybrid representation that creates the illusion of a photographic reality. Throughout his work in virtual photography, Claerbout has discussed the effect of having materials stripped of their context and content which results in the loss of optical confidence. "Working with synthetic images is operating in an extremely fragmented world where masses of details pretend to be a totality," explains Claerbout, referring to the work of neuropsychologist Iain McGilchrist and his theory of divided attention. "The synthetic image with its overreliance on language and computing has something pathological about it, bringing to mind the fragmented sensorial world of the schizophrenic patient."

Aircraft (F.A.L.) features a brand-new object that looks simultaneously unfinished and redundant. In the same way, the factory hall, a place of production for the future, is interchanged with the museum, where the past is often presented. The only intermediary between this past and the future is the echoing sound of the guard’s footsteps, reminiscent of a museum guard, which punctuate the film.

David Claerbout will have a concurrent exhibition at Esther Schipper, Berlin, from April 28 – May 28, 2022.