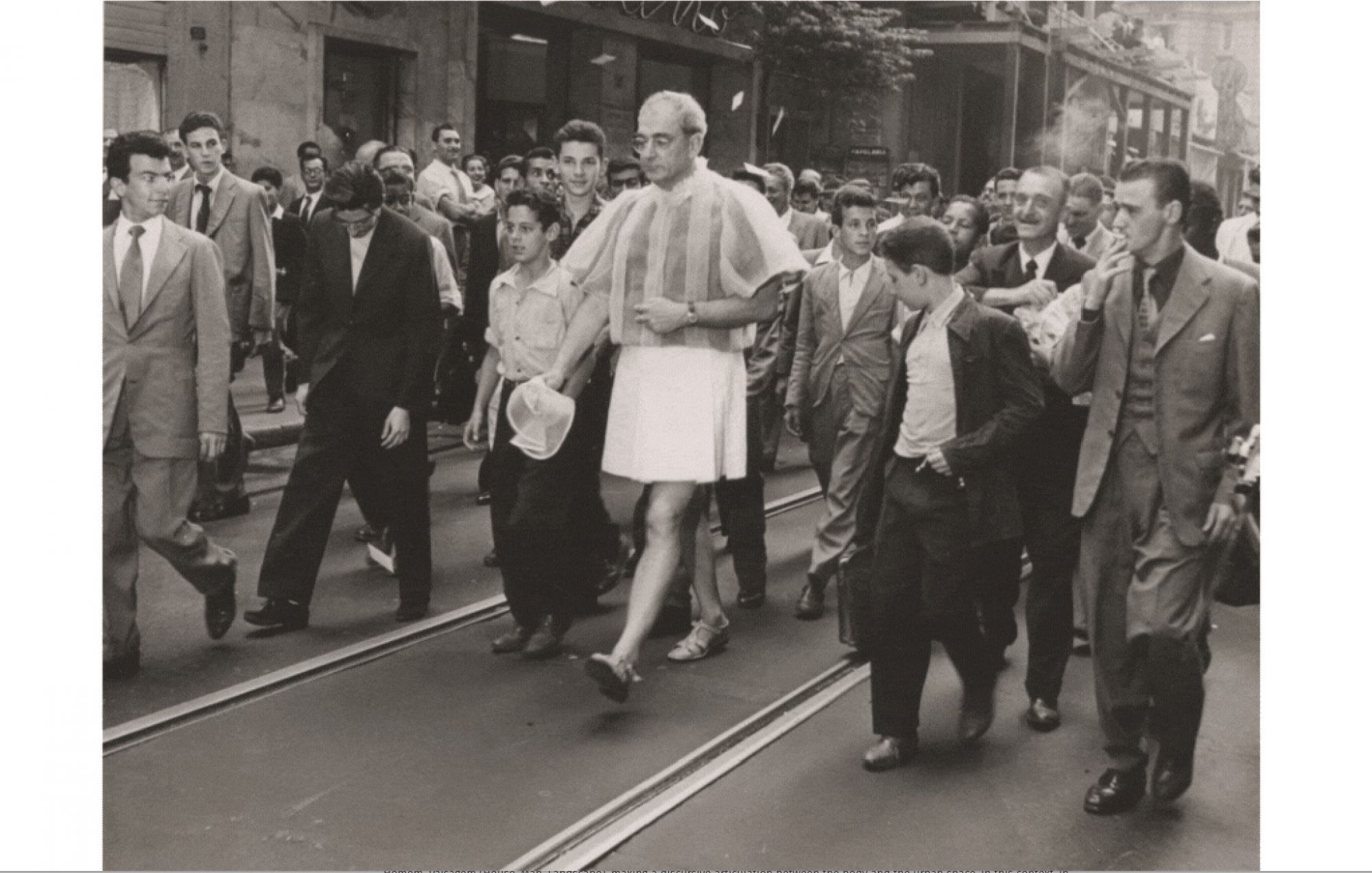 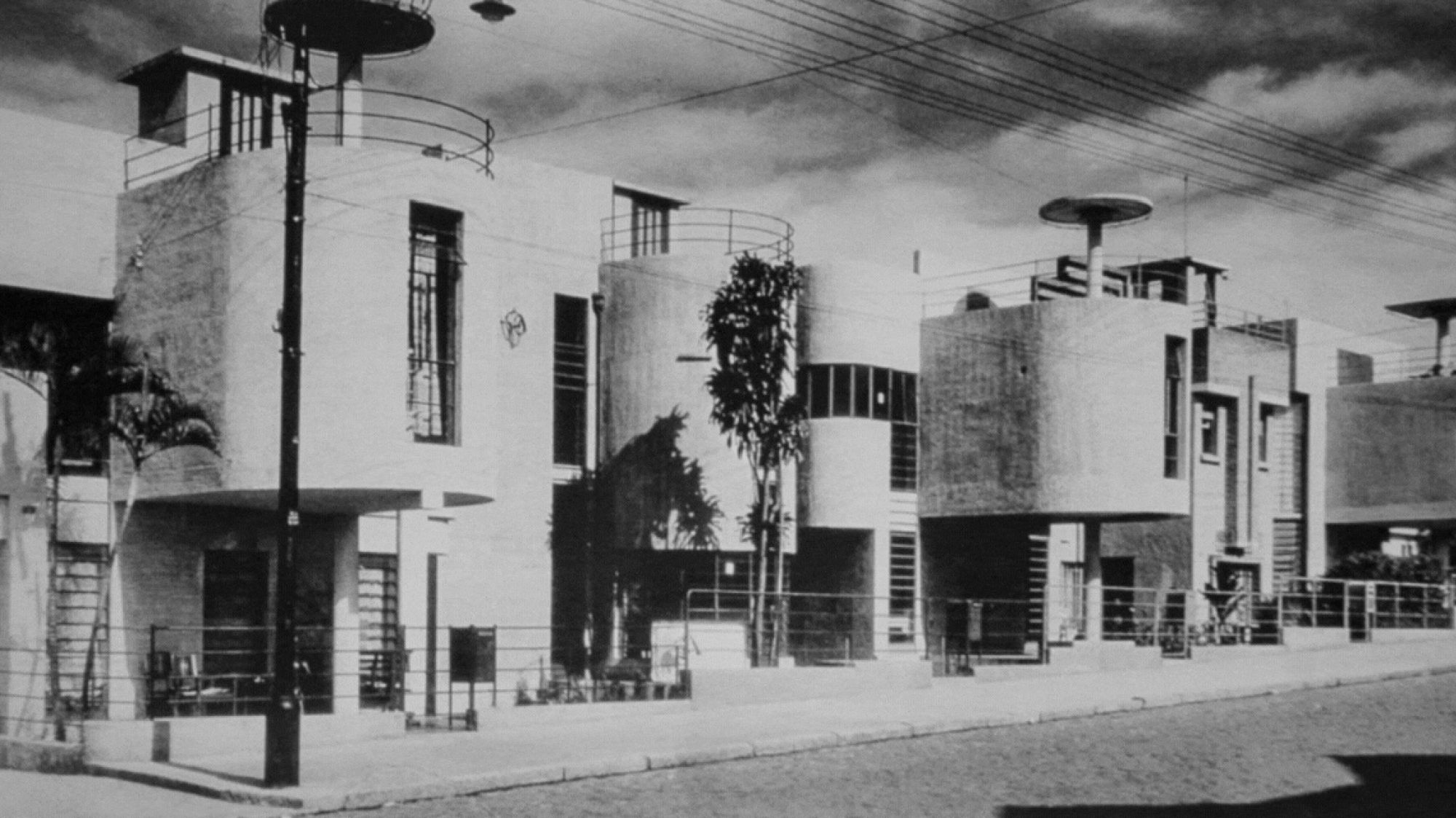 Flávio de Carvalho (Amparo da Barra Mansa, Rio de Janeiro, 1899—Valinhos, São Paulo, 1973) played a prismatic role in the 20th-century Brazilian context. Known mainly for his pioneering architectural designs and his work in theater, in 1931 he carried out his Experiência N°2 (Experiment/Experience N.2), his first intervention in the urban public space. In this sort of performance art avant la lettre, Flávio de Carvalho walked through the streets of downtown São Paulo against the flow of pedestrians in a Catholic procession, wearing a hat, for which he was arrested by the police for subversion. His public interventions pioneered a path for new artistic procedures in Brazil.

Besides an engineer and playwright, Flávio de Carvalho was also a painter, writer, critic and cultural organizer, with a plural practice marked by radical experimentalism at a time of rapid change in the Brazilian social scene. Nicknamed by writer Oswald de Andrade as the “ideal anthropophagus,” he held his first exhibition in 1934 in São Paulo with sculptures, drawings and paintings marked by surrealist and expressionist influences. Like the European surrealists, Carvalho was interested in ethnology and psychoanalysis, nascent fields of Western thought at that time, and on the basis of his unorthodox theories he wrote various articles and presented his ideas in conferences and publications, internationally.

In the 1950s, Carvalho published a series of articles about fashion and culture in the newspaper Diário de São Paulo, in his column Casa, Homem, Paisagem (House, Man, Landscape), making a discursive articulation between the body and the urban space. In this context, in 1956, he carried out Experiência N°3 (Experiment/Experience N.3). In the intervention, he walked again through the center of São Paulo, this time dressed in his New Look, a clothing outfit for the “tropical man.” Substituting the suit and tie by a puffy-sleeved blouse and pleated skirt of light fabric, the intervention made waves and he was accused of running counter to good customs. Flávio de Carvalho’s legacy for the history of Brazilian art is related to his attitudes and his inventiveness, always against the grain of the institutions and social norms.

The show Flávio de Carvalho Experimental revisits the production of this thinker of visual and material culture and of Brazilian culture in particular. The exhibition presents an overview of Carvalho’s contributions in the period of transition from the vanguards of the early 20th century to the radical experimentalism of the 1960s, and the artist’s influence on movements such as Tropicália, Cinema Novo and Concretism. According to curator Kiki Mazzuchelli and adjunct curator Pollyana Quintella: “His work leads us to consider how the modern manifestations in Brazil were fundamentally shot through with contradictions between sociocultural modernity and economic modernization, as well as by contradictory elements, such as the profane and the religious; the artisanal and the technological; the rural and the urban; the elite and the “people”; liberal institutions and authoritarian habits; democracy and dictatorship.”

The exhibition is part of the program Diversos 22—Projetos, Memórias, Conexões (Diverse 22—Projects, Memories, Connections), carried out by Sesc São Paulo throughout the year and which takes place in celebration of the centennial of the Modern Art Week of 1922 and the Bicentennial of Brazil’s Independence (1822).