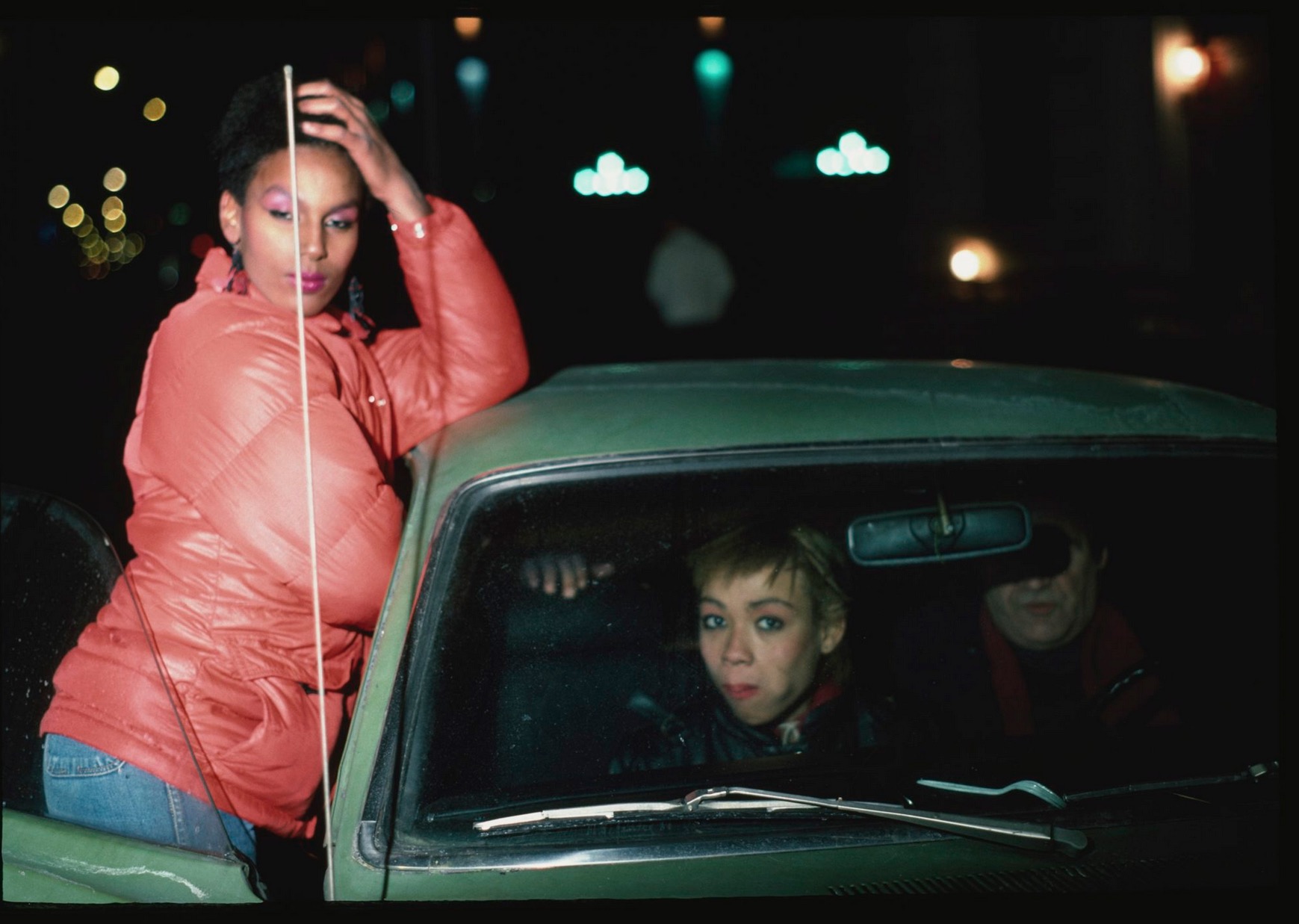 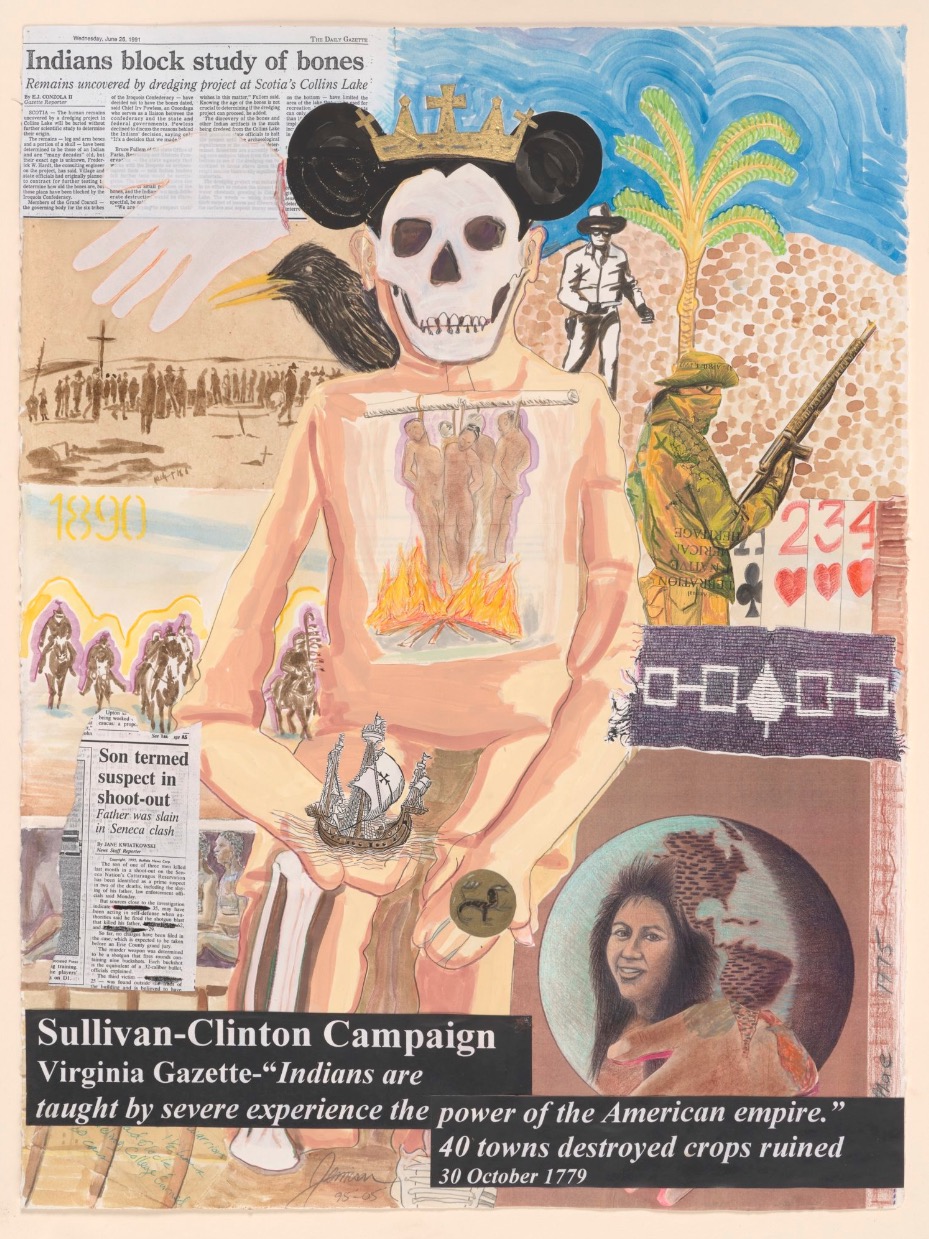 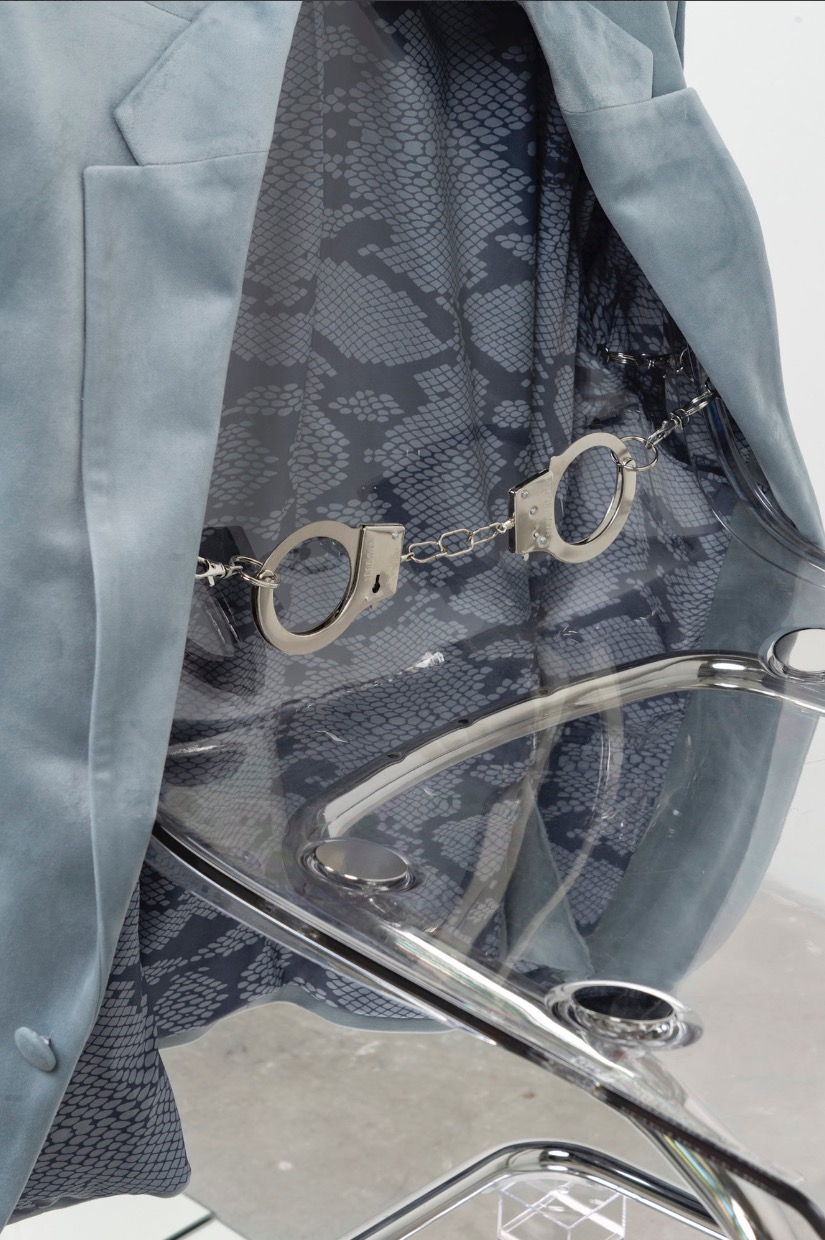 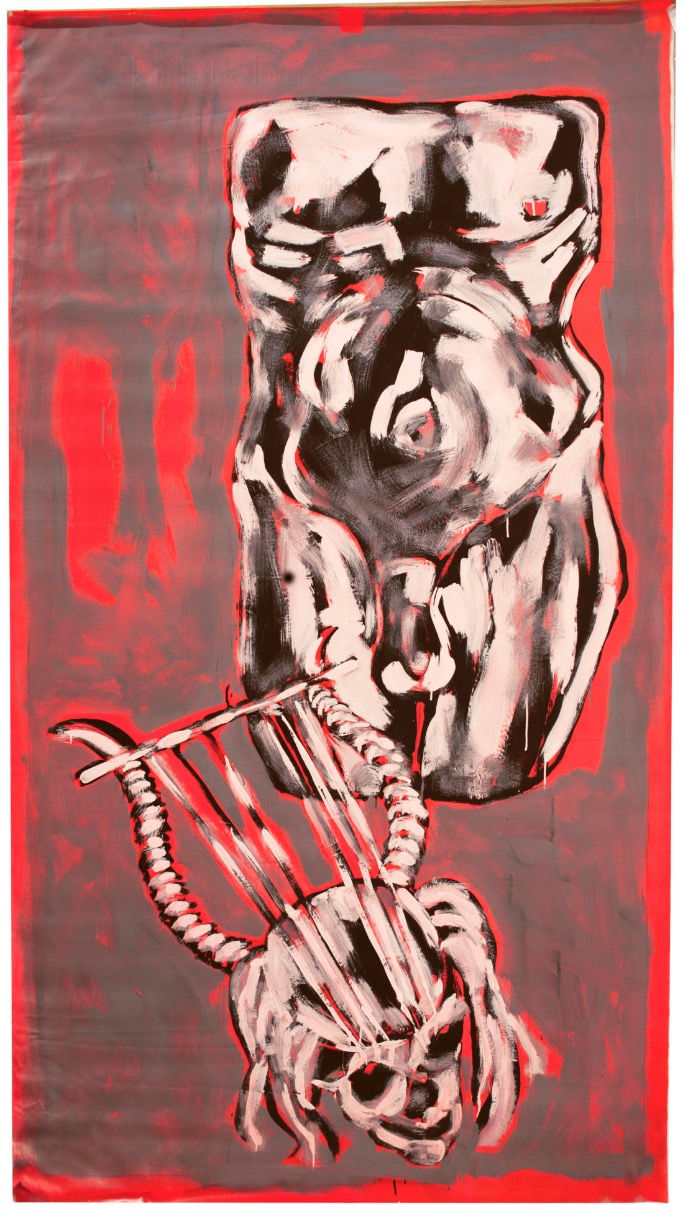 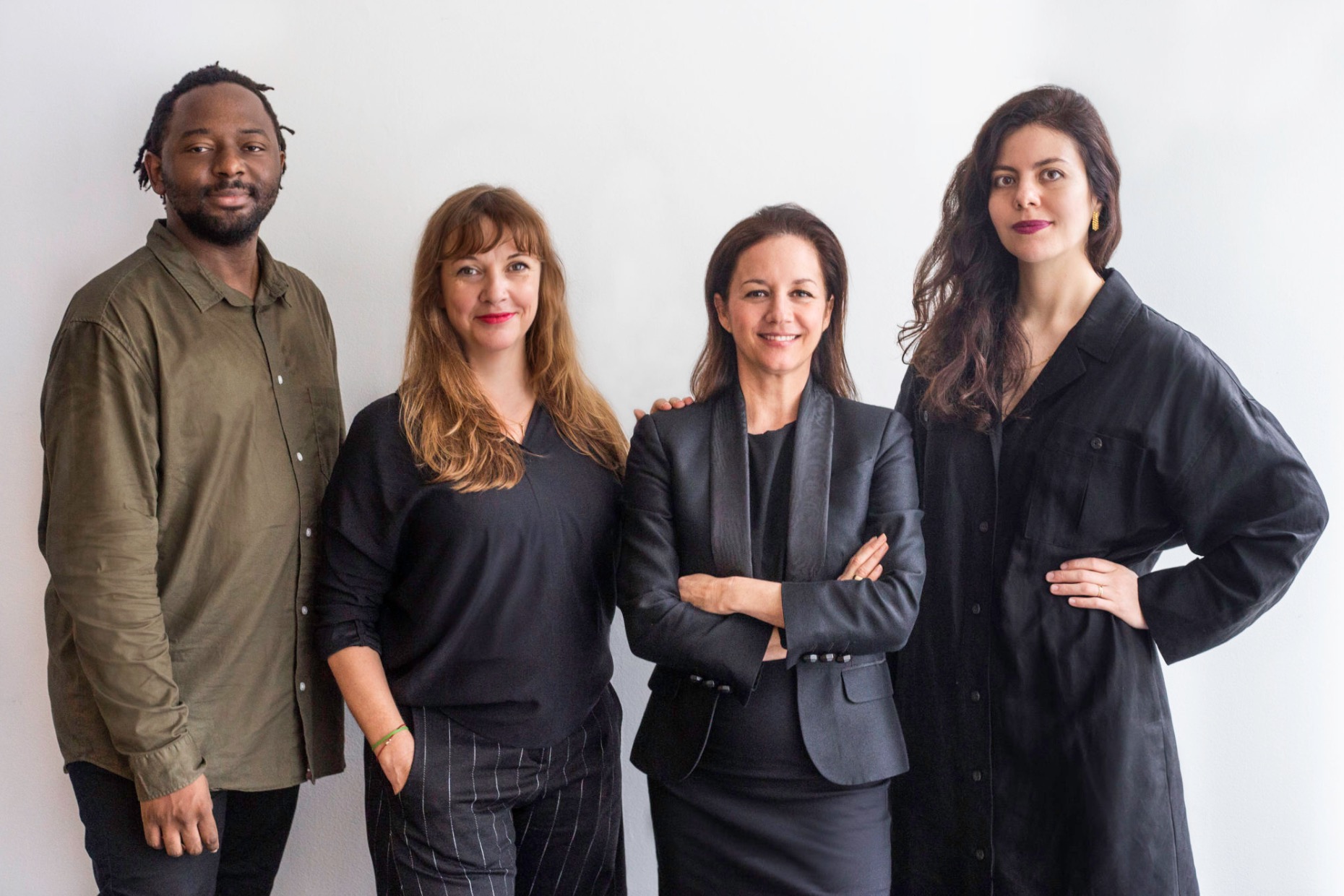 LONG ISLAND CITY, New York, July 29, 2021— Greater New York, MoMA PS1’s signature survey of artists living and working in the New York City area, returns for its fifth edition from October 7, 2021 to April 18, 2022. Delayed one year due to the COVID-19 pandemic, this iteration offers an intimate portrayal of New York by creating proximity between key— yet often under-examined—histories of art-making and emerging practices. Featuring the work of 47 artists and collectives, Greater New York offers new insights and opens up geographic and historical boundaries by pinpointing both specific and expanded narratives of the local in a city that provokes a multitude of perspectives. Bridging strategies of the documentary and the archive on the one hand, and surrealism and fabulation on the other, the exhibition considers the ways that artists work to record social and personal experiences around belonging and estrangement. Drawing connections across the interdisciplinary practices of international and intergenerational artists, Greater New York examines the many ways that affinities are formed in relation to place and through time.

“After what could be described as an uncompromisingly transformative year socially, politically, and personally, we continue to be in a powerfully transitional moment in New York,” said PS1 Director Kate Fowle. “This edition of Greater New York is a hard-hitting, intense show that foregrounds the resilience of the city, while channeling our collective need to reconnect and reflect. It honors the endurance and tenacity of artists to speak to the urgencies of their time.”

“Greater New York offers an opportunity to process, mourn, and celebrate alongside New York City’s artists and communities,” said Ruba Katrib, Curator, PS1 “The exhibition highlights artists who have worked persistently in New York City—in some cases over many decades and often without recognition—contributing to a more diverse and complex understanding of the incredible range of artists who give creative life to the city.”

Greater New York is organized by a curatorial team led by Ruba Katrib, Curator, PS1 with writer and curator Serubiri Moses, in collaboration with Kate Fowle, Director, PS1 and Inés Katzenstein, Curator of Latin American Art and Director of Patricia Phelps de Cisneros Research Institute for the Study of Art from Latin America, The Museum of Modern Art.

In recognition of the importance of artists to civic life in New York, PS1 continues to offer free admission to all New York City residents, made possible by The Horace W. Goldsmith Foundation.

Ruba Katrib is Curator at MoMA PS1. At PS1 she has curated exhibitions such as Niki de Saint Phalle: Structures for Life (2021), Theater of Operations: The Gulf Wars 1991 - 2011 (2019) (co-curated with Peter Eleey), the retrospective of Simone Fattal in 2019, and the solo shows of Edgar Heap of Birds (2019), Karrabing Collective (2019), Fernando Palma Rodríguez, and Julia Phillips (2018). From 2012 to 2018 she was Curator at SculptureCenter in New York where she curated over twenty solo and group exhibitions, including solo shows of the work of Carissa Rodriguez (2018), Kelly Akashi, Sam Anderson, Teresa Burga, Nicola L., Charlotte Prodger (all 2017), Rochelle Goldberg, Aki Sasamoto, Cosima von Bonin (all 2016), Anthea Hamilton, Araya Rasdjarmrearnsook, Gabriel Sierra, Erika Verzutti (all 2015), David Douard, and Jumana Manna (both 2014). Previously, Katrib was the Associate Curator at the Museum of Contemporary Art North Miami from 2007 to 2012. Katrib was also co-founder of the residency and exhibition space Threewalls in Chicago, and has also held positions at the Renaissance Society and the Center for Curatorial Studies at Bard College, where she currently serves on the Graduate Committee. She was a research advisor for the 2018 Carnegie International and a member of the Advisory Board for Recess, a non-profit artist residency and exhibition space in New York. Katrib co-curated SITE Santa Fe’s 2018 biennial, Casa Tomada, along with José Luis Blondet and Candice Hopkins.

Serubiri Moses is an independent writer and curator presently living in New York. He is currently Adjunct Assistant Professor in the Department of Art and Art History at Hunter College, where he teaches contemporary African and Afro-diaspora art history. Previously, Moses was part of the curatorial team for the tenth Berlin Biennale of Contemporary Art, We Don't Need Another Hero (2017-2018). From 2013 to 2017 Moses travelled extensively to participate in curatorial residencies, conferences, and juries across Africa, Asia, Latin America, and Europe. In 2015, Moses held the position of Stadtschreiber, an academic fellowship, at the Bayreuth Academy of Advanced African Studies and in 2014 he co- curated the second public art biennial in Kampala, KLA ART, entitled Unmapped, and organized a four-volume public program at the Goethe Zentrum Kampala. From 2011-2012 he was a critic at the Ugandan daily newspaper New Vision Daily. Moses has published and lectured widely, and recent publications and conference talks include: “Violent Dreaming,” e-flux journal 107 (March 2020); “Death as a Premonitory Sign," Singapore Art Biennial Symposium (February 2020); and Forces of Art: Perspectives from a Changing World (co- editor, 2020).

Kate Fowle is the Director of MoMA PS1. From 2013 to 2019 she was the inaugural chief curator at Garage Museum of Contemporary Art in Moscow and director-at-large of Independent Curators International (ICI) in New York, where she was the executive director from 2009 to 2013. Prior to this she was the inaugural international curator at the Ullens Center for Contemporary Art in Beijing (2007–08). In 2002 she co-founded the Master’s Program in Curatorial Practice for California College of the Arts in San Francisco, for which she was the Chair until 2007. Before moving to the United States, Fowle was co-director of Smith + Fowle in London from 1996 to 2002. From 1994 to 1996 she was curator at the Towner Art Gallery and Museum in Eastbourne, East Sussex. Fowle’s recent projects include solo exhibitions with David Adjaye, Rasheed Araeen, John Baldessari, Sammy Baloji, Louise Bourgeois, Marcel Broodthaers, Urs Fischer, Rashid Johnson, Irina Korina, Robert Longo, Anri Sala, Taryn Simon, Juergen Teller, and Rirkrit Tirivanija, as well as extended essays on Ilya Kabakov, Sterling Ruby, and Qiu Zhijie, and numerous articles on curating and exhibition histories. Fowle has written three books: Exhibit Russia: The New International Decade 1986-1996 (2016); Rashid Johnson: Within Our Gates (2016); and Proof: Francisco Goya, Sergei Eisenstein, Robert Longo (2017).

Inés Katzenstein is Curator of Latin American Art and Director of the Patricia Phelps de Cisneros Institute for the Study of the Art of Latin America at The Museum of Modern Art. She received a masters degree from the Center for Curatorial Studies, Bard College, New York (2001). She has written extensively about contemporary art and curated exhibitions like Sur Moderno: Journeys of Abstraction (MoMA, 2019), Liliana Porter: Fotografía y ficción (Centro Cultural Recoleta, Buenos Aires, 2003), David Lamelas, Extranjero, Foreigner, Ètranger, Aüslander (Museo Rufino Tamayo, Mexico, 2005) Marcelo Pombo, un artista del pueblo (Collection Fortabat, Buenos Aires, 2015) and co-curated Televisión, El Di Tella y un episodio en la vida de la TV (Espacio Telefónica, Buenos Aires, 2010) and Aquella mañana... (Parque de la memoria, Buenos Aires, 2014). She was curator of the Argentine pavilion at the 52nd Venice Biennale, where she presented the project Guillermo Kuitca, si yo fuera el invierno mismo and was co-curator of Zona Franca, Mercosur Biennial, 2007. Among other books, she edited Listen, Here, Now! Argentine Art of the Sixties: Writings of the Avant-Garde, (The Museum of Modern Art, New York, 2004.) From 2004 to 2008 she served as curator at Malba-Fundación Costantini in Buenos Aires, where among other programming projects she initiated the collection of contemporary Argentine art. Also in Buenos Aires, in 2008 she founded the Department of Art at the University Torcuato Di Tella, where she served as director of educational programs and exhibitions for 10 years.