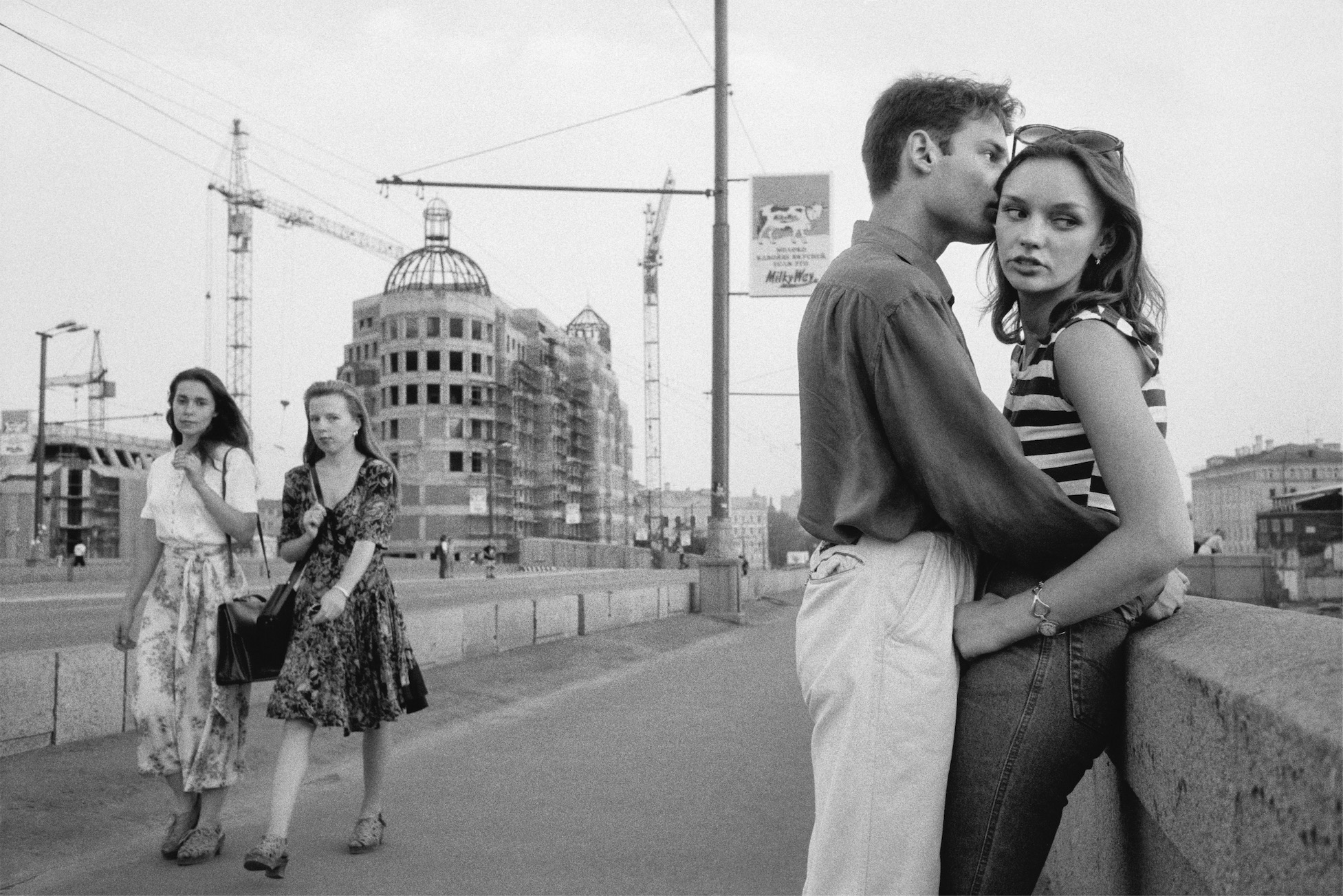 As part of the ‘Photobiennale-2022’ the Multimedia Art Museum, Moscow presents an exhibition by classic of contemporary Russian photography Igor Mukhin.

Mukhin’s work has been exhibited all over the world to great acclaim, and his images can be found in the collections of the State Tretyakov Gallery, the Multimedia Art Museum, Moscow, the A.V. Schusev State Museum of Architecture, the Museum of Modern Art (New York), the European House of Photography (Paris), the National Foundation for Contemporary Art (Paris), etc.

The photographer pictured the three world capitals at approximately the same period, at the turn of the century and millennium. The early 20th century was a time of global changes, in the economy, geopolitics, culture and social life. Thereafter the late 20th century imperceptibly accumulated the changes that mark the beginning of the 21st century and the 3rd millennium.

Having begun his photography of Moscow in the 1990s, Igor Mukhin recorded not so much events as the atmosphere of time. Subtly and accurately capturing the signs of tectonic shifts that took place in society, Mukhin created the image of an era whose heroes were, first of all, young people. This period of painful changes was particularly difficult for teenagers and young people, but for them it was a time that opened up wide-ranging prospects, that gave hope and allowed them to dream.

Any photograph by Igor Mukhin is characterised by filigree refinement and the cinematic experience of time within a static frame. Mukhin sees the world without filters of critical or romantic realism. The photographer’s natural ability to concentrate the energy of social space and a particular person in the shot allowed him to create an exceptionally vivid and internally dramatic image of Russia and its capital at the turn of the century.

In 1999 Igor Mukhin received a scholarship from the City of Paris and a grant to photograph French youth from the French Ministry of Culture, for a project dedicated to the celebration of the 3rd millennium. Shooting Paris is a test for any photographer. The city has already been pictured by great photographers such as Brassaï, Henri Cartier-Bresson, Marc Riboud, etc. It is difficult to find a major director who has not filmed Paris for the cinema. It is therefore especially difficult to find your own view and your own intonation when shooting the city of light, and the light in Paris is very special. Anyone who picks up a camera in the most photogenic city in the world finds themselves under the pressure of traditions laid down by classics of world photography from Eugène Atget to Robert Doisneau, from Sabine Weiss to William Klein.

Igor Mukhin managed to create a uniquely lyrical image of the great city by recording in his own way the last moments of the passing millennium, through the prism of depicting those charged with preserving the traditions of Paris and changing its appearance in the 21st century.

During the 2000s the Austrian capital Vienna underwent a radical architectural, cultural and sociocultural transformation. Ursula Krinzinger, the creator of one of Vienna’s most important contemporary art galleries, was so impressed by Mukhin’s ‘Moscow – Paris’ project that in 2002 she invited him to photograph Vienna.

Igor Mukhin shot these three different megacities, Moscow, Paris and Vienna, in one breath. He avoided the obvious temptation of focusing on recognisable architectural symbols of the capitals. He was interested in people, most often the young, and those in love. Love unites and becomes the basis of development, the main foundation for the future. In the ‘Moscow’, ‘Paris’ and ‘Vienna’ series Mukhin articulated the common theme that united the youth of these three megacities at the turn of the century.

Mukhin is recognised as an outstanding documentary photographer and heads the Documentary Photography Today studio at the Rodchenko School. A photograph is a document. Igor Mukhin’s images created twenty years ago have today become historical evidence. But hardly anyone will dispute Alexander Rodchenko’s thesis that ‘photography is art’. Not every photo document is art. Igor Mukhin’s pictures show an inspired approach to Moscow, Paris and Vienna, and it is no coincidence that these pictures have entered the collections of Russian and foreign museums.