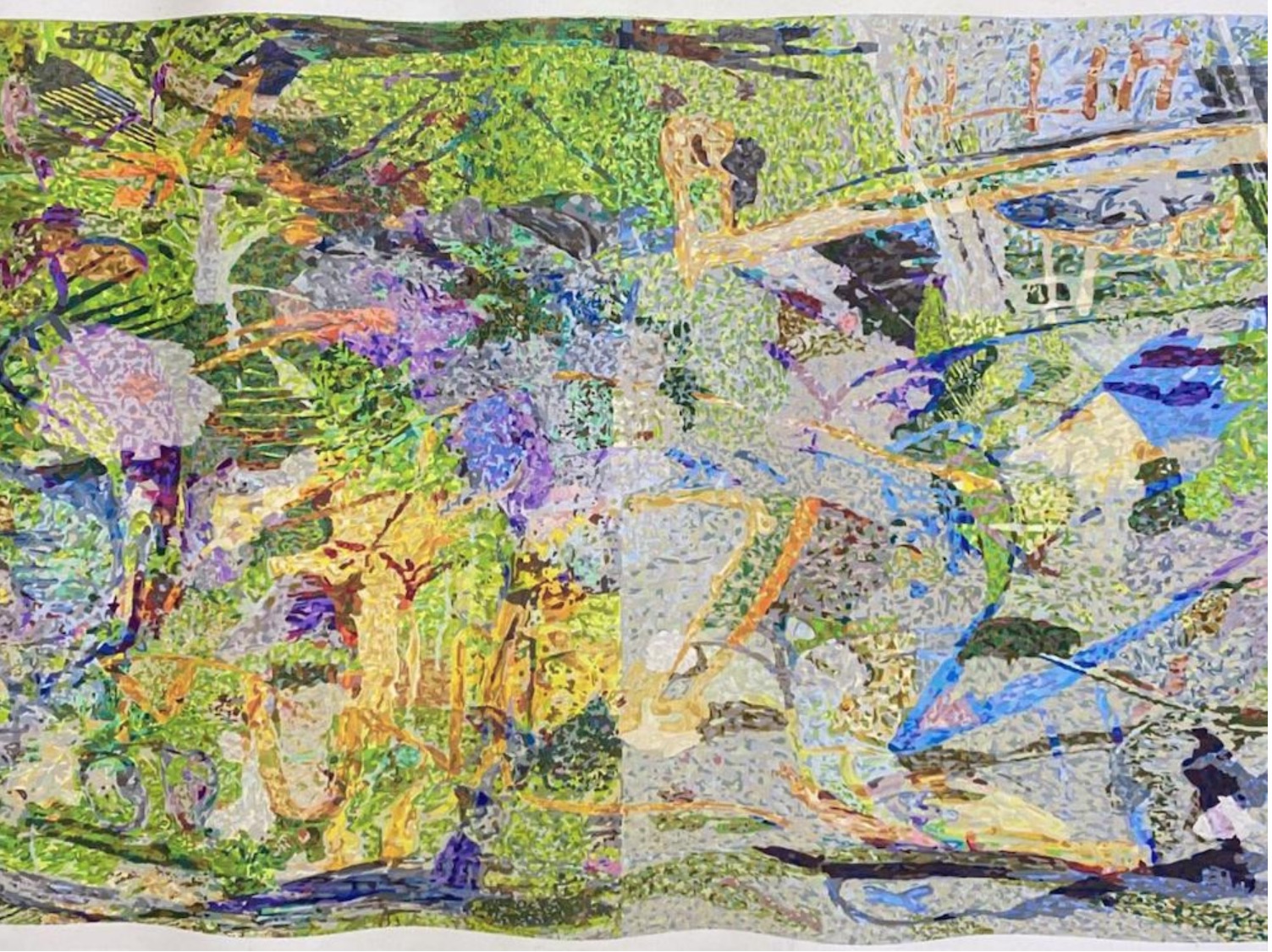 Gió Marconi is pleased to announce Cuban American artist Jorge Pardo’s third solo show with the gallery, on view from March 24th to May 9th. The exhibition will feature four large-scale works on paper, four engraved paintings as well as a variety of new sconces. The selection of multicolored works manifests the artist’s position at the intersection of painting and sculpture, architecture and design, craftsmanship and computerized production.

In Pardo’s new series of paintings bold color planes emerge from and recede into energetic surfaces of intersecting and overlapping shapes. The works consist of an accumulation of images, first layered digitally, then laser-cut engraved on MDF and eventually hand-painted in acrylic. These quintessentially additive works are a continuation of the subject of layered paintings that the artist has been developing for many years now. The references and source material Pardo resorts to are a widespread amalgamation of personal photographs, past works of his own or works by other artists. All these different pieces and layers, typically two to seven layers per painting, come to coexist next to each other. The finished artworks, although seemingly abstract, cannot be called nonrepresentational as they much rather represent a multitude of layered memories comparable to a very personal archeological excavation. The resulting objects are hybrids between painting and sculpture and attest to the artist’s colourful, maximalist and eclectic style. The latter is strongly tied to Pardo’s Latinx heritage and the location of his studio in Mérida, Mexico. His painting techniques and the finished works show vivid Mexican and Mayan influences in matters of their materiality and cultural aesthetics. With this new body of work, Pardo seems most interested in the transcending effect of these paintings: “It’s about making them disappear and turn into something else (…) and for them to start to have a dialogue between each other.”

Also in his drawings, Pardo harks back to an agglomeration of family photos and vast arrays of other images that evoke the cultural milieu of his formative years. As with his paintings, the artist turns his drawings into textured, dazzlingly hued half-abstractions by resizing, superimposing and colorizing his source materials on the computer. He translates these into vector graphics, prints them on cotton Fabriano paper and tints them by hand with colored pencils. Even though recognizable images like a flower or a face sometimes show through, the overall effect of the drawings is about the various emotions and the mood the different colors and forms evoke in the viewer.

The sconces, which complete the gallery’s installation, are also based on a multi-piece modular system. Consisting of birch wood, aluminum and painted with alcohol inks, each lamp is composed of various elements which, reminiscent of Russian Matryoshka dolls, are pieced together to become the final object. Pardo’s idea for both the paintings, drawings and lamps is to engage the viewer into the act of looking and to raise the awareness that what you see at first is only the beginning of what there is to discover within the multitude of pieces and layers that his works are comprised of.

Born in Havana, Cuba in 1963, Jorge Pardo studied at the University of Illinois, Chicago, and received his BFA from Art Center College of Design in Pasadena, California, where he was a student of Stephen Prina and Mike Kelley. Recent projects include a site-specific commission for the University of Houston’s Public Art Program (2021). Pardo’s work has been the subject of solo exhibitions at the Museum of Art & Design at Miami Dade College, Florida (2021); Pinacoteca de Estado São Paulo, São Paulo (2019); Musée des Augustins, Toulouse (2014); Irish Museum of Modern Art, Dublin (2010); K21 Kunstsammlung Nordrhein-Westfalen, Düsseldorf (2009); Los Angeles County Museum of Art (2008); and Museum of Contemporary Art, North Miami (2007). Paintings by the artist were included in the 57th Venice Biennale (2017). Jorge Pardo currently lives and works in Mérida, Mexico.