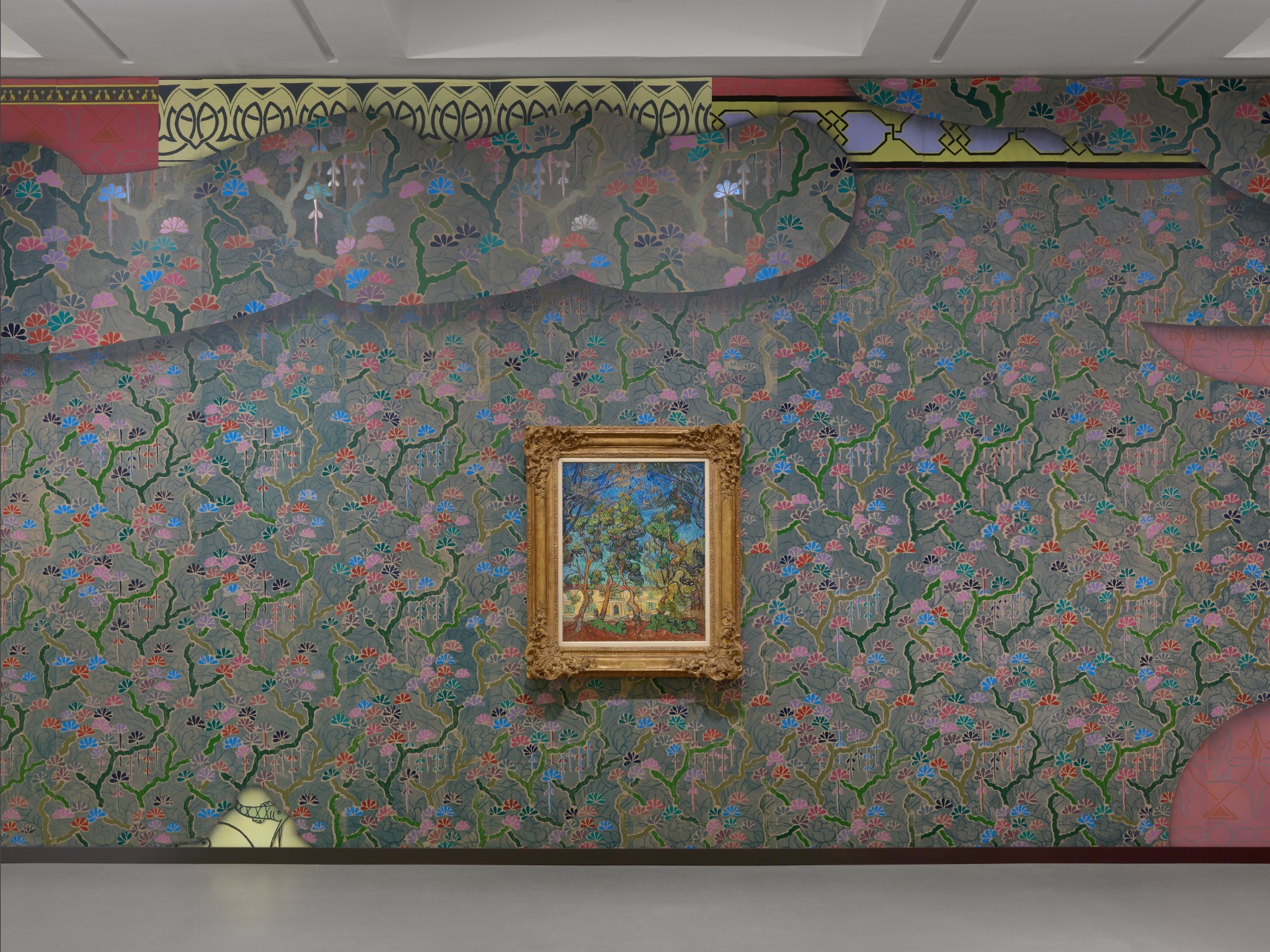 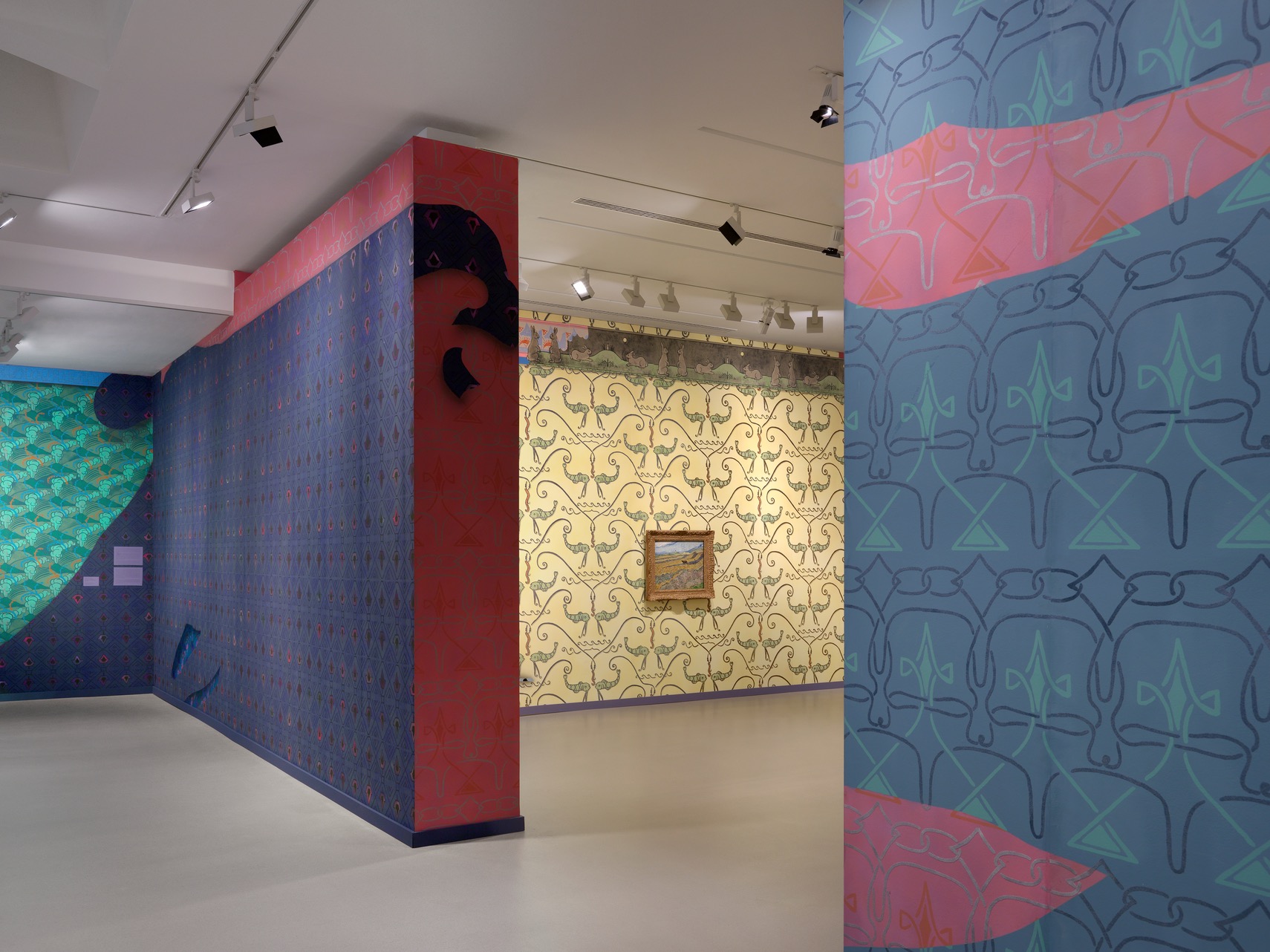 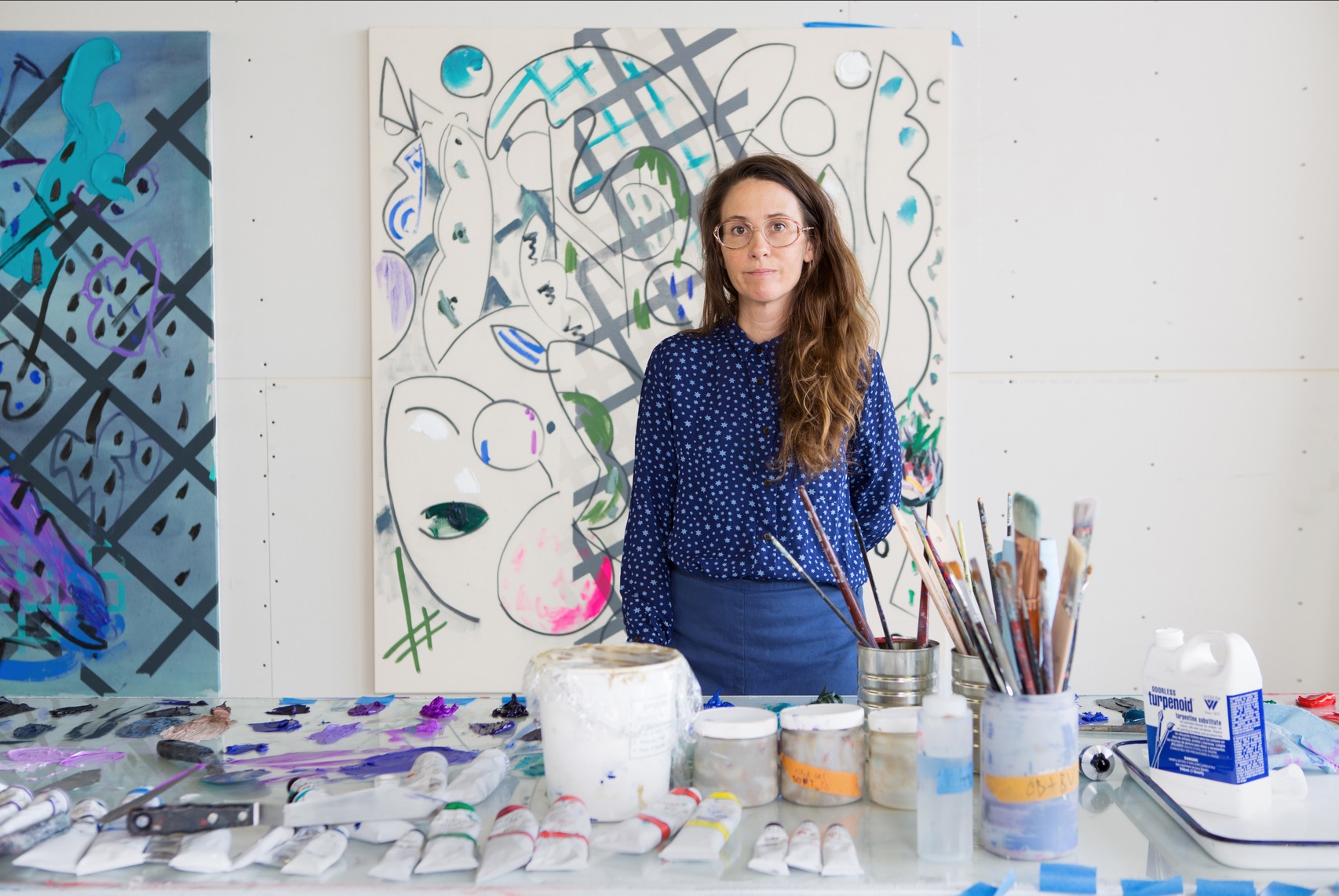 During this summer 2021 the Fondation Vincent van Gogh Arles is presenting an exhibition bringing together new works by the American artist Laura Owens with seven paintings by Van Gogh, most made in and around Arles.

Owens is one of the most celebrated American artists working today. For twenty-five years she has asked probing questions about the parameters of painting. She has expanded painting’s possibilities by breaking through the boundaries between painting and other fields of visual and material culture such as embroidery, design, children’s illustrations and digital drawing. In this exhibition, Owens’s works will host and respond to Van Gogh’s paintings. Owens spent most of 2020 living in and around Arles, and her new work comes out of meticulous research into the history of the city and of Van Gogh’s connections here.

Like most artists, Owens has known Van Gogh’s work since she was a child, and she has looked at his art in various ways throughout her career. One of her breakthrough paintings, now in the collection of the Whitney Museum of American Art, Untitled (1997), shows black birds over a seascape, reminiscent of Van Gogh’s Wheatfield with Crows (1890). Owens’s conceptual use of dramatic impasto, especially since 2012, recalls the textures of Van Gogh’s best known works.

The seven Van Gogh paintings to be shown at the Fondation Vincent van Gogh Arles include loans from museums with which Owens has a deep connection. Hospital at Saint-Rémy (1889) comes from the Hammer Museum in Los Angeles, the city where she lives when not in Arles. Other key loans include The Fields, painted in Auvers-sur-Oise shortly before Van Gogh died.

Laura Owens has often addressed the spaces where she has exhibited. Many early works responded to the architecture of a gallery; more recently, Owens has installed canvases as sculptural objects and embedded paintings within gallery walls. For this exhibition she has created a vast painting, in the form of a unique hand-painted and silkscreened wallpaper installation, which will cover the entire walls of the rooms where the Van Gogh works will be exhibited. Many of the motifs in the wallpaper come from designs made by Winifred How, who worked in London as an artist and designer shortly after Van Gogh was alive. Owens discovered an archive of How’s work in Los Angeles while considering the invitation to make this show in Arles. Aware of Van Gogh’s incredible fame and the total obscurity of another artist from nearly the same period, she chose to celebrate How’s work in hosting Van Gogh’s.

The exhibition will feature several artist’s books inspired by Van Gogh’s letters and work, including a book about each of the paintings borrowed for the exhibition. These books are intricate sculptural objects with complex fold-outs, and viewers will have the opportunity to open them out to discover their contents. The books will be exhibited on specially made tables. The tables have hidden features which might make the books move around them in an intimate but magical spectacle. The books also draw from Owens’s research into the cholera pandemic in the second half of the nineteenth century, an event that resonates with the circumstances during her 2020 stay here.

Van Gogh’s interest in setting up an artists’ community in Arles is echoed in Owens’s career-long efforts to create spaces for other artists to exhibit. In collaboration with Maja Hoffmann and LUMA Arles, Laura Owens has also started a parallel project in Arles. She has turned an apartment building, located in the town centre, into a studio and living quarters for artists who will spend short residencies there; this space will slowly be filled with their, and her art.

Co-curated by Bice Curiger (artistic director of the Fondation Vincent van Gogh Arles) and Mark Godfrey (British art historian, critic, and curator), the exhibition will share how Laura Owens explores the images, colours and methods of Van Gogh, creating a conceptual framework for her investigations.

LAURA OWENS
Born in 1970 in Euclid, Ohio, Laura Owens is an American painter based in Los Angeles. A graduate of the Rhode Island School of Design (1992), the Skowhegan School of Painting and Sculpture (1994), and the California Institute of the Arts (1994), she rose to prominence over the course of the 1990s, becoming one of the most acclaimed artists of her generation.
She is known for her varied and experimental approach to the medium of painting, mixing different techniques and incorporating other media, such as digital design, into her creative process. While her work focuses on the practice of painting itself, Owens also addresses the contexts in which her art is displayed. She is thus interested in modes of installation and site-specificity.
In addition to her activity as a painter, Laura Owens has also produced over two hundred unique and editioned artist’s books, sometimes accompanied by custom-made tables with hidden drawers and other surprises. In 2013, together with Wendy Yao, she founded the arts space 356 Mission. For five years 356 Mission hosted exhibitions, discussions and performances that were free and accessible to all.
Works by Laura Owen today form part of prestigious private and public collections, ranging from the Centre Pompidou (Paris) to the Museum of Modern Art (New York) and the Tate (London).

VINCENT VAN GOGH (1853-1890)
Vincent van Gogh was born on 30 March 1853 in Groot-Zundert in the Netherlands. At the age of sixteen he joined Goupil & Cie, a firm of art dealers in The Hague, and subsequently worked in the company’s offices in Brussels, London and finally Paris. He gradually lost interest in the commercial art world and, in 1878–1879, he became a lay preacher in a mining community in the Borinage area of Belgium.
In August 1880 Van Gogh decided to become an artist. He wanted to be a painter of everyday life, and, above all, of peasant life, following in the footsteps of artists such as Jean-François Millet. Landscapes and still lifes, too, became an important part of his oeuvre. In Paris in 1886 he discovered Japanese prints and met some of the Impressionist artists.
Convinced that colour was the key to modernity, Van Gogh left for Provence in search of bright light and vibrant colours. Dreaming of establishing a community of artists, in February 1888 he settled in Arles. Gauguin joined him in October, but their collaboration collapsed in late December of that year. Disappointed and ill, in May 1889 Van Gogh admitted himself to a psychiatric hospital in Saint-Rémy, where he remained for a year. He continued with his search for an expressive art based on colour and brushstrokes, creating more than 500 paintings and drawings during his 27 months in Provence.
In May 1890 Van Gogh moved to Auvers-sur-Oise, where in just over two months he produced the final 70 paintings of an oeuvre that comprises more than 2,000 works. He died on 29 July 1890 at the age of 37.
Van Gogh’s artistic genius and the poignant story of his life transformed him into a veritable international icon.