Louise NEVELSON. OUT OF ORDER: The Collages of Louise Nevelson 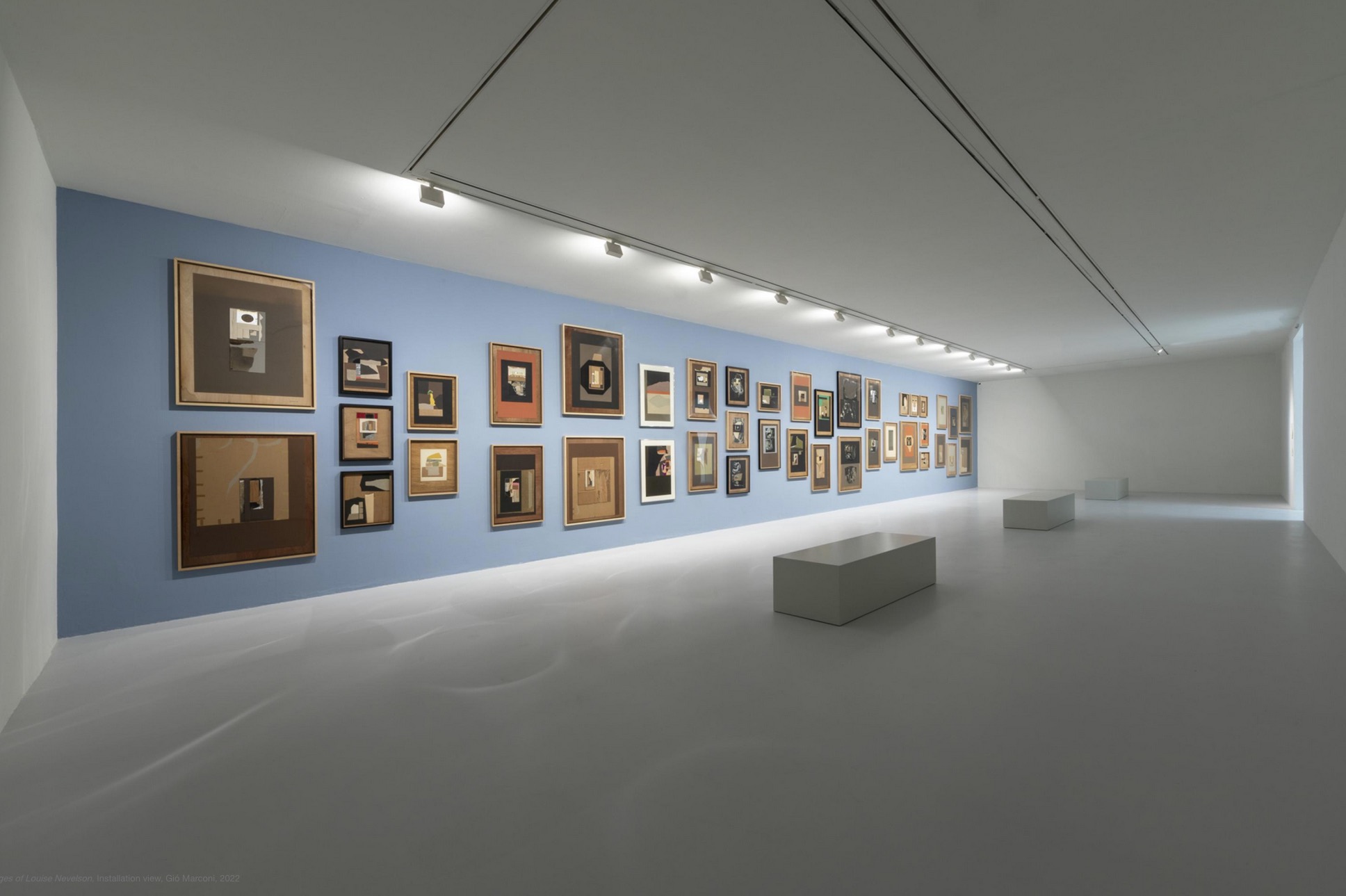 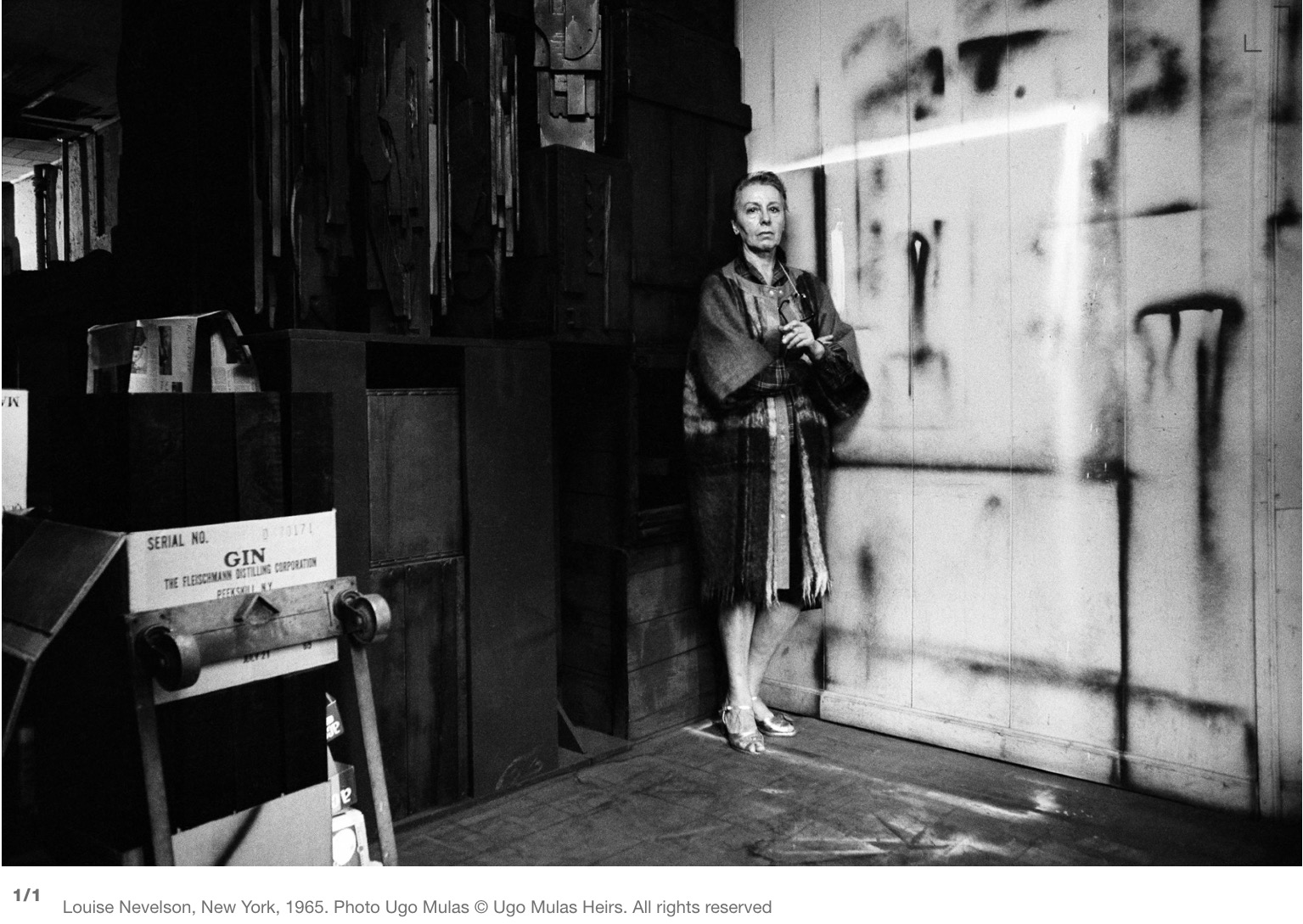 Louise NEVELSON
OUT OF ORDER: The Collages of Louise Nevelson

Gió Marconi is pleased to announce the opening of a major survey exhibition of Louise Nevelson’s collages, curated by Yuval Etgar, at its newly refurbished space on via Tadino 15, Milan, and the publication of a new book – a collaboration between Fondazione Marconi and Mousse Publishing. The project is organised with the support of the Louise Nevelson Foundation, Philadelphia, and will mark the 60th anniversary of Nevelson’s representation of the United States at the 31st International Art Exhibition of La Biennale di Venezia in 1962. Louise Nevelson is one of the 213 artists invited to the 59th International Art Exhibition of La Biennale di Venezia, The Milk of Dreams, curated by Cecilia Alemani.

Louise Nevelson’s legacy in the fields of sculpture and collage-making has long been associated with her ability to transform the traditional environment of the home from a symbol of feminine sensibility, domestication and intimate scale to a monumental expression of creative freedom. In her quest to achieve this, however, Nevelson also pioneered a new, ecological approach to art-making, according to which every element of the home is used for the creation of her work. From the larger, three-dimensional parts of old furniture that the artist acquired in bulk, to smaller and often more perishable items such as cardboard, paper, woodcut rejects and doorknobs, Nevelson’s choice of materials was a clear expression of a ‘waste not’ ideology. Her process began with the homes whose contents she procured, continued with its recycling in the form of sculpture, and ended with the obsessive making of her most valued thinking tools – collages – using an extraordinary range of materials from her own home and studio.
But as the exhibition OUT OF ORDER argues through a close examination of her collages, Nevelson’s fundamental mode of art-making was not disorganised as her all-inclusive aesthetic might suggest. She developed distinct groups of works relying on specific materials, strategies and formal questions that preoccupied her. As she herself declared on more than one occasion, ‘The way I think is collage.’ This project therefore sets out to establish new grounds for debate, scholarship and analysis of Nevelson’s work in collage, and in effect also in sculpture, by following the proposition of collage historian Yuval Etgar to divide Nevelson’s collages according to certain key attributes. These rely on material composition and technical approach, and include categories such as ‘containers’, ‘use of spray paint’, ‘torn papers’, ‘offcuts’ and the inclusion of ‘utility objects’, thereby inviting visitors and readers to explore the spectrum of creative potential that Nevelson recovered from the debris of everyday life.

NEVELSON’S COLLAGES IN CONTEXT
Louise Nevelson was born in Pereiaslav, near Kiev, Ukraine, in 1899. She emigrated to the United States with her family in 1905, settling in Maine. In the 1930s she travelled to Europe, studying with Hans Hofmann in Munich before joining the Art Students League in New York. Nevelson then had her first one-person exhibition with Nierendorf Gallery, New York, in 1941. In the early 1950s she travelled to Guatemala and Mexico to explore the legacy of pre-Columbian cultures, an experience that would come to influence her practice profoundly. In 1967, following a one-person exhibition at the Whitney Museum of American Art and several outdoor public commissions, Nevelson achieved recognition as one of the leading voices in North American sculpture. Yet her unexpected combinations of found objects, paper and materials from the domestic environment linked her work more closely to a lineage of artists who explored the links between collage, assemblage and sculpture-making, from predecessors Kurt Schwitters and Jean Arp to contemporaries Robert Rauschenberg and John Chamberlain.
Nevelson’s collage works can be found in the collections of numerous major museums across the United States and Europe, including the Whitney Museum of American Art, New York; the Hirshhorn Museum and Sculpture Garden, Washington DC; the Walker Art Center, Minneapolis; Tate Modern, London; Galleria Civica d’Arte Moderna e Contemporanea, Turin; the Louisiana Museum of Modern Art, Humlebæk; the Moderna Museet, Stockholm; and Museum Ludwig, Cologne.

ABOUT THE BOOK
Out of Order: The Collages of Louise Nevelson is the first comprehensive study dedicated exclusively to Louise Nevelson’s work in collage. The book, published as a collaboration between Fondazione Marconi and Mousse Publishing, takes as its point of departure a close material and technical examination of this body of work, before setting out to position the role of collage in the artist’s practice more broadly. The book consists of two main essays: the first by art historian and curator Yuval Etgar, who divides Nevelson’s output in collage into six main categories, linking these to parallel tendencies in collage during the 1950s and 1960s as well as to earlier examples in the history of this practice. The second essay, by technical art historian Pia Gottschaller, delves into Nevelson’s complex process of selecting object materials for her collages, and analyses her methods of working and treating these materials. The book includes more than 250 colour plates of collages by Nevelson from various collections worldwide.