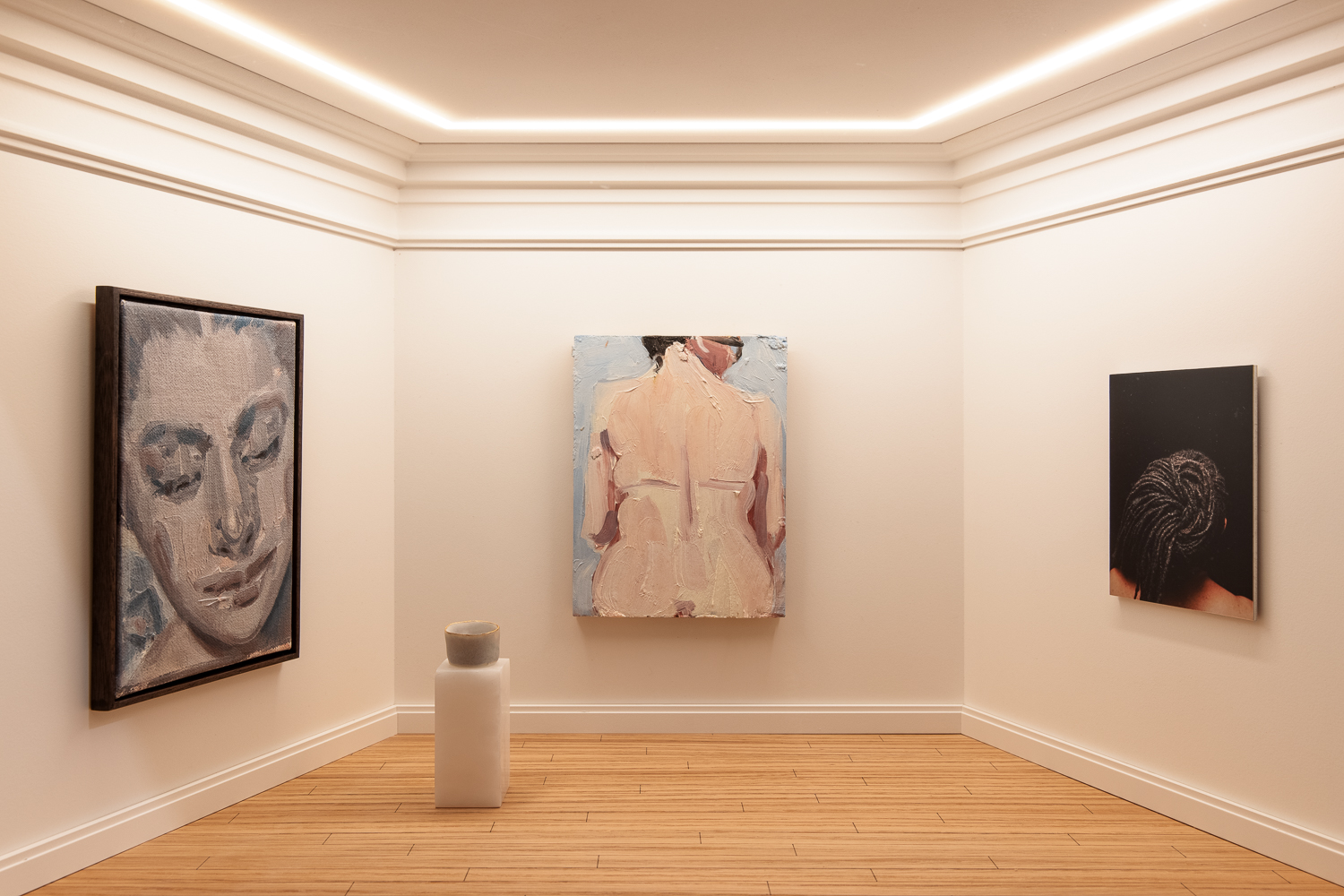 More than 80 original – but miniature – works of art in three model art galleries.

In 2020, we asked Wright & Wright architects to design a model art gallery to house original miniature artworks from over 30 of the most exciting contemporary British artists, including John Akomfrah, Tacita Dean, Lubaina Himid, Damien Hirst, Magdalene Odundo, and Gillian Wearing. These works were created during the 2020 coronavirus lockdown – a time when artists could not get to their studios, exhibitions were cancelled, and many people spoke of being creatively blocked.

The 2021 Model Art Gallery will be displayed alongside two earlier model galleries – The Thirty Four Gallery and The Model Gallery 2000. Together, the galleries tell the story of Modern British art from the 1930s until today.

We are known for our ‘collection of collections’ of Modern British and contemporary art housed in an 18th century Queen Anne townhouse with a modern white cube extension. The three model galleries capture this distinctive architecture and provide a backdrop to explore modern art on a doll’s house scale.

Together these models provide a fascinating insight into the evolution of styles and influences across the decades and show how different generations of artists have approached the unique challenges of working in miniature.

Featuring sculpture by Julian Opie, ceramics by Grayson Perry and Edmund de Waal, photographs by Gillian Wearing, paintings by Damien Hirst, Maggi Hambling and Tacita Dean and an installation by John Akomfrah – all ranging from the size of a pound coin to no larger than 20cm. The Gallery will also feature a miniature print from Khadija Saye’s ‘Crown’ series, the only work from the series not destroyed in the Grenfell Tower fire which took her life.

The 2021 Model Art Gallery has been designed by Wright & Wright architects who are working with Pallant House Gallery on proposals for a new Collections Centre, and recently redesigned the new Museum of the Home in Hackney.

The earliest model gallery in Pallant House Gallery’s collection, The Thirty Four Gallery, was inspired by the 1924 Queen Mary’s Doll’s House at Windsor Castle. It was created in 1934, when art dealer Sydney Burney asked some of his most notable contemporaries, including Henry Moore, Ivon Hitchens and Vanessa Bell to create miniature artworks to fill a dolls house in support of charity.

Lost for decades, some of the works were rediscovered in a suitcase by Burney’s grandson. The model was recreated by Pallant House Gallery in 1997 based on photographs of the original designed by the architect Marshall Sissons.

A new model for a new millenium.

The 2000 Model Art Gallery works are housed in a replica of the Gallery’s contemporary wing, designed by Long & Kentish in association with Colin St John Wilson. It showcases the work of 18 celebrated artists of the late 20th century who are all represented in the collection of British Pop and figurative art that Wilson donated to Pallant House Gallery, including Frank Auerbach, Peter Blake, Anthony Caro, Prunella Clough, Antony Gormley, Richard Hamilton, Howard Hodgkin, R.B. Kitaj, Dhruva Mistry, and Eduardo Paolozzi.