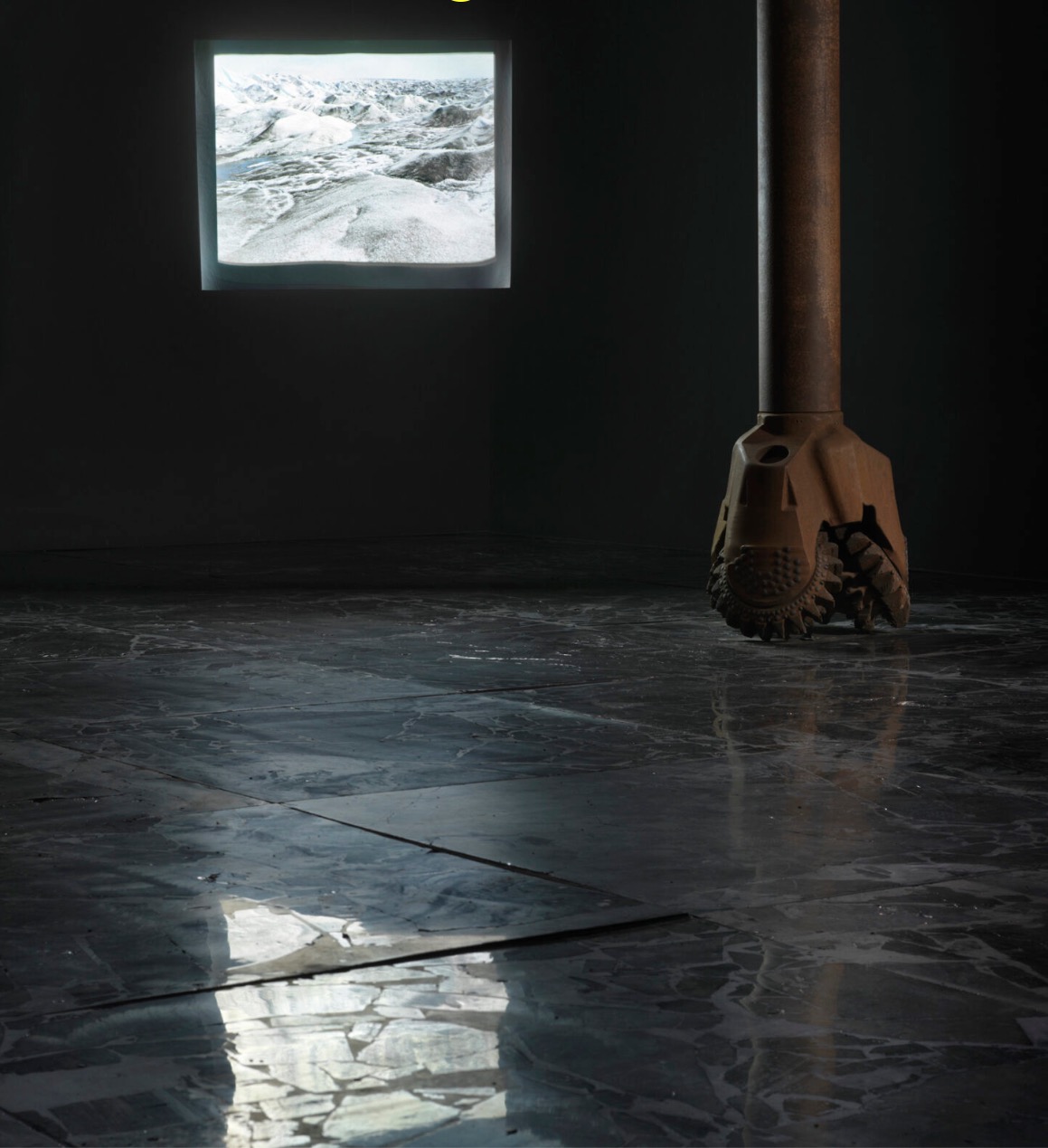 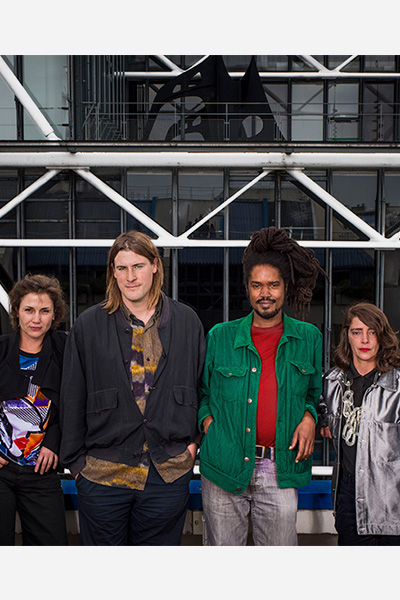 The Centre Pompidou is hosting the 21st edition of the Prix Marcel Duchamp and presenting the works and installations of four artists who were nominated on 7 January 2021. Chosen by an international jury, the name of the winner of the 2021 edition will be revealed on Monday, October 18.

Established in 2000 to showcase the creative vibrancy of the French art scene, the Prix Marcel Duchamp rewards the most representative artists of their generation and promotes the current diversity of French production internationally. This long-standing partnership between the ADIAF (Association for the International Dissemination of French Art) and the Centre Pompidou is firmly committed to presenting the French scene to the broadest possible audience and to reinforcing our support for these artists in a context that is particularly marked by the pandemic.

This year, the four nominated artists are:

Julian Charrière's work uses installations, photography, performance art and video to explore how our contemporary societies relate to their ecosystem in the Anthropocene era. Combining art and environmental science, his work highlights the tensions driving the relationships between humans and nature. Julian Charrière decided to make carbon the focus of his project for the Prix Marcel Duchamp. The artist explores the memory and transformations of this element, whether in the form of coal, millennia-old bubbles of CO2 released by melting ice, or diamonds used for oil drill heads, on land and in the skies. Julian Charrière is a graduate of Berlin University of the Arts where he studied at the Institut für Raumexperimente (Institut for Spatial Experiments) under the supervision of Olafur Eliasson. His work has featured in numerous monographic exhibitions, notably at the Dallas Museum of Art (Dallas, 2021), the MAMbo (Bologna, 2019), the Berlinische Galerie (Berlin, 2018), the Parasol Unit Foundation, (London, 2015), the Lausanne Museum of Fine Arts (2014) and the Swiss Cultural Centre(Paris 2014). He has also participated in the Guangzhou Image Triennial, (Guangzhou, 2020), the 57th Venice Biennale (2017), the Antarctic Biennale, (2017), the Taipei Biennale (2018) and the 12th Lyon Biennale (2013). His work has been presented in group exhibitions at the Centre Pompidou (2019), the Sprengel Museum (Hanover, 2019), the Aarhus Kunstmuseum (Aarhus, 2019), the Schirn Kunsthalle (Frankfurt, 2018), the Hayward Gallery (London, 2018) and the Palais de Tokyo (2017).

In an attempt to deconstruct our perceptions, Isabelle Cornaro explores our relationships with objects and their images. For the Prix Marcel Duchamp, she uses installations, painting, video and film to present a group of works in which images are made and unmade, inviting sensory and critical reflection. Using mass-produced objects, the artist explores how we maintain ambiguous affective links with the products of a productivist material culture and thus analyses the mechanisms of a scopic impulse that sees human beings attempting to extend their existence through the objects they covet or reject. Isabelle Cornaro graduated in the history of art from L’Ecole du Louvre in 1996, and then continued her studies at the Royal College of Arts in London, before graduating from the Paris School of Fine Arts (Beaux Arts) in 2002. Her work has been presented in many solo and group exhibitions, notably at the Fondation Ricard (2021), the Orangerie museum (2021), the Simon Lee Gallery (Hong Kong, 2017), the MRAC (Sérignan, 2018), the Hermès Foundation (Brussels, 2017), the Palais de Tokyo (2015), the Centre Pompidou (Paris, 2014), the LAXART (Los Angeles, 2014) and the White Cube (London, 2012). She has also participated in several public art projects, including the creation of the Espace Larousse at the Toucy municipal bookshop (2017) and the design of two sculptures for the Human Rights Garden (Poitiers, 2021). Her works have joined collections in establishments including the Centre Pompidou, the CNAP, the City of Paris Museum of Modern Art, the Los Angeles County Museum of Art, the Berne Kunsthalle and several FRACs.

Through composite environments combining sculpture, poetry, video and sound, Julien Creuzet creates works in which hybridisation plays a key role. With his penchant for contrasting the history, representations and social realities of places near and far, he presents creations combining poetry and politics, found objects and technological systems, personal experience and a world view. In this telescoping of forms and sounds evoking both our contemporary environment and the colonial history that structures it, his project for the Prix Marcel Duchamp places particular emphasis on the figure of the trumpeter, semiotician and philosopher of mathematics, Jacques Coursil. Julien Creuzet graduated with a DNSEP from ESAM in Caen before attending the Lyon School of Fine Arts, followed by the Fresnoy-National Studio of Contemporary Arts in Tourcoing. His work has been exhibited at institutions including the Palais de Tokyo (2019), the Fondation Ricard (2018), the Document Gallery (Chicago, 2017 and 2020) and the Basse Normandie FRAC (Caen, 2015). The artist has also participated in numerous biennales and artistic events, including Manifesta 13 (Marseille, 2020), the Nuit Blanche (2019), the Lyon Biennale (2017), the Kampala Art Biennale (2017), and the Dakar Biennale (2016). His works have joined public and private collections, including at the Centre Pompidou, the CNAP, the Museum fur Moderne Kunst Frankfurt, the Lafayette Anticipations, the Fondation Kadist and several FRACs.

Lili Reynaud Dewar is a visual artist whose activities are inspired by the history of the militant and alternative cultures that she evokes through figures such as Josephine Baker, Guillaume Dustan, Jean Genet, Sun Ra and Cosey Fanni Tutti. Her creations mainly take the form of performance, sculpture, video and installations. Her project for the Prix Marcel Duchamp, entitled Rome, 1er et 2 Novembre (Rome, 1st and 2nd November) 1975, which she started to prepare during her time as an artist-in-residence at the Villa Médicis, reviews the last days of filmmaker and writer Pier Paolo Pasolini, from his last interview to his murder. Some twenty close associates of the artist embody the filmmaker and the young Giuseppe Pelosi in a choral video installation that transitions from the director’s fate to the paths followed by the people who keep his memory alive today. Lili Renaud Dewar studied classical dance at the La Rochelle conservatoire and public law at the Sorbonne before attending the Regional School of Fine Arts in Nantes and the Glasgow School of Arts. Her work has featured in solo exhibitions in Asakusa (Tokyo, 2018), at the Museion de Bolzano (2017), the Kunstverein in Hamburg (2016), the New Museum (New York, 2014) and Le Magasin (Grenoble, 2012). Her creations have also been presented in performance venues like the Tramway Theatre (Glasgow, 2009) and the Théâtre des Amandiers (Nanterre, 2016). The artist has also participated in many group exhibitions at the Palais de Tokyo (2019), the Haus der Kulturen der Welt (Berlin, 2019), the Okayama Art Summit (2019), the 56th Venice Biennale (2015) and the Berlin Biennale (2010). Her works have been included in many collections including at the Centre Pompidou, the Fondation Pinault, the CNAP, the CAPC, several FRACs, the Belvedere 21 (Vienna), the CA2M in Madrid, and the K11 Art Foundation (Hong Kong).