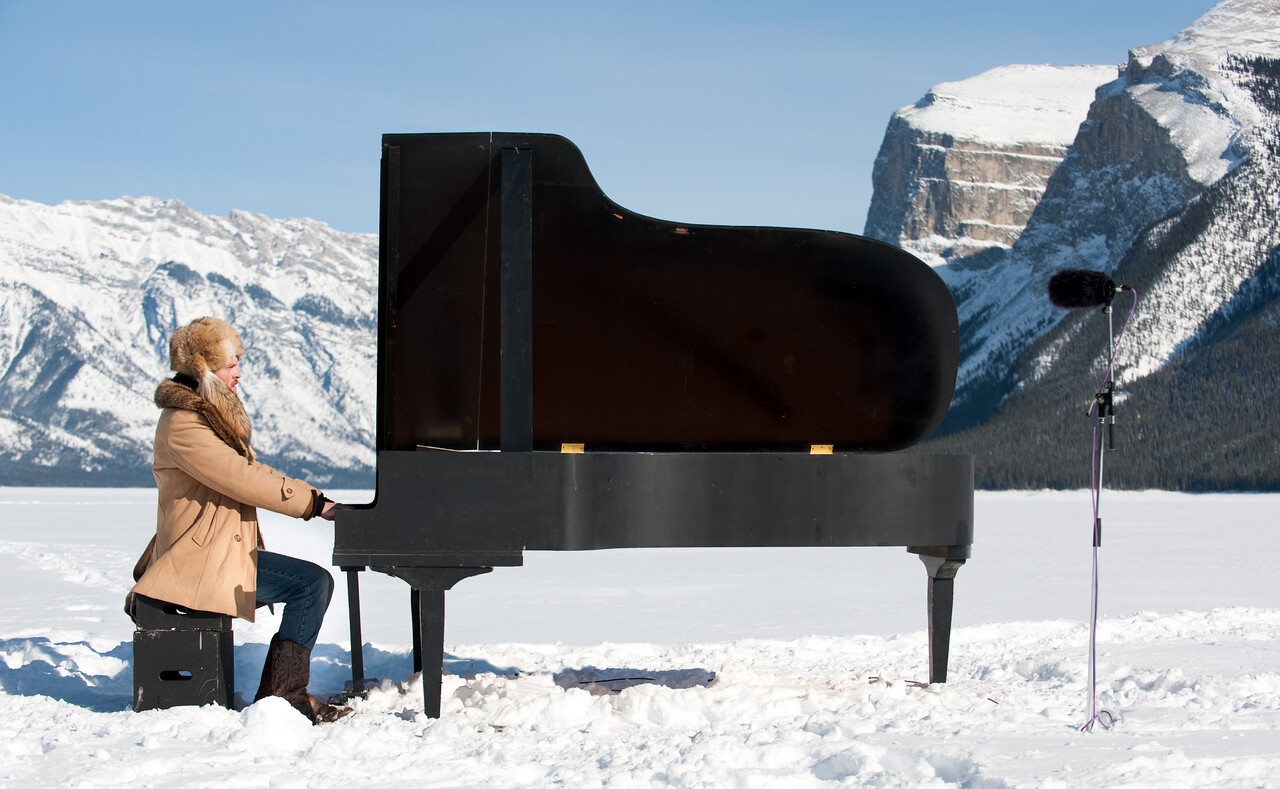 Emotional Landscapes is a major exhibition by Ragnar Kjartansson that features four monumental video installations from the TBA21 Collection, as well as some of his works on paper on loan from other collections, installed within the Museo Nacional Thyssen-Bornemisza’s foremost collections of 19th and 20th-century American Art.

The exhibition’s title, Emotional Landscape, refers to lyrics by Icelandic visionary musician and artist Björk, which links together notions of landscape and mental state, and underpins Kjartansson’s inspired reverence for the community spirit and vibrancy of Reykjavík’s artistic and musical scene. His work naturally blends a myriad influences from an artistic way of life that started with an early love for literature and theater, encouraged by his family of actors and singers, and a formal artistic education that ignited a strong admiration for the beautiful and the sublime work of 18th and 19th-century artists. Feeding an emotional and sensory creativity, eclectic musical references are abundant in Kjartansson’s work and range from Mozart to Icelandic folk music, ‘60s Italo-pop, Nina Simone, Bob Dylan, Prince, electronic music, to German composer Karlheinz Stockhausen.

Emotional Landscapes proposes to gather together for the first time works that are monumental in size and immersive in nature, providing opportunities to explore the interplay between Kjartansson’s work and iconic American imagery; and builds upon TBA21’s fifteen-year relationship with the artist, during which the Foundation has supported his practice through exhibitions, productions, and (co-)commissions. The exhibition also marks the launch of the Foundation’s anniversary, celebrating twenty-year of advocacy and support to the arts.

The exhibition includes some of Kjartansson’s most significant installations—The Visitors (2012), The Man (2010), The End (2009), and God (2007, co-commissioned by TBA21 and The Living Art Museum in Reykjavík)—that combine performance, durational performance, and music with resolute romanticism and a fascination with North America and the North American landscape. And together with the series of watercolors, From the Valley of World-Weariness in British Columbia(2011), it opens a conversation with the collections of the Museo Nacional Thyssen-Bornemisza, which holds the most important collection of nineteenth-century American landscape painting, in Europe. In The Visitors (2012), Kjartansson brings together some of his friends and most renowned musicians and composers in Iceland (Shahzad Ismaily, Davíð Þór Jónsson, Kristín Anna Valtýsdóttir, Kjartan Sveinsson, Þorvaldur Gröndal, Ólafur Jónsson, and Gyða Valtýsdóttir) to the historic nineteenth-century Rokeby Farm in Barrytown, New York. In The End (2009) the scenography echoes the historically romanticized tradition of the artist in landscape, and was recorded with the musician Davíð Þór Jónsson in the snow capped Rocky Mountains.

In The Man (2010) Kjartansson recreates the classic scenery of Andrew Wyeth’s painting Christina’s World (1948) and turns it into a tribute and portrait of an important figure in the evolution of American blues music, the pianist and Delta bluesman Pinetop Perkins.

And in God (2007), Kjartansson emulates the timeless figure of a mid 20th century technicolor crooner by leading a jazz orchestra in a sound stage setting.

“With music and landscape as guiding threads,” this show is, in the words of its curator, TBA21 Chief Curator Soledad Gutiérrez, “a tour of emotions, where mental states function as spaces for a possible understanding not only of ourselves but also of the communities we build and, on that basis, the world we inhabit. The works on view are installed in different areas of the Museo Nacional Thyssen-Bornemisza, generating new contexts for the reading of the classical collections, reinforcing the idea that history helps us better understand the present, while at the same time, the present and contemporary artistic practices are fundamental tools for revising and rethinking history.”

About Ragnar Kjartansson
Ragnar Kjartansson draws on the entire arc of art in his performative practice. The history of film, music, theater, visual culture and literature find their way into his video installations, durational performances, drawing and painting. Pretending and staging become key tools in the artist’s attempt to convey sincere emotion and offer a genuine experience to the audience. Kjartansson’s work has been exhibited widely. His work is currently the subject of a major solo show which inaugurated V-A-C’s GES-2 House of Culture in Moscow. Other recent solo exhibitions and performances have been held at the Kunstmuseum Stuttgart, Metropolitan Museum of Art in New York, Barbican Art Gallery in London, Hirshhorn Museum and Sculpture Garden in Washington DC, Reykjavík Art Museum, Palais de Tokyo in Paris, and New Museum in New York. The artist received the 2019 Ars Fennica Award, and was the recipient of the 2015 Artes Mundi’s Derek Williams Trust Purchase Award, and Performa’s 2011 Malcolm McLaren Award. In 2009, Kjartansson represented Iceland at the Venice Biennale, and in 2013 his work was featured at the Biennale’s main exhibition, The Encyclopedic Palace. Kjartansson was born in 1976 in Reykjavík, and studied at the Iceland Academy of the Arts and The Royal Academy, Stockholm.