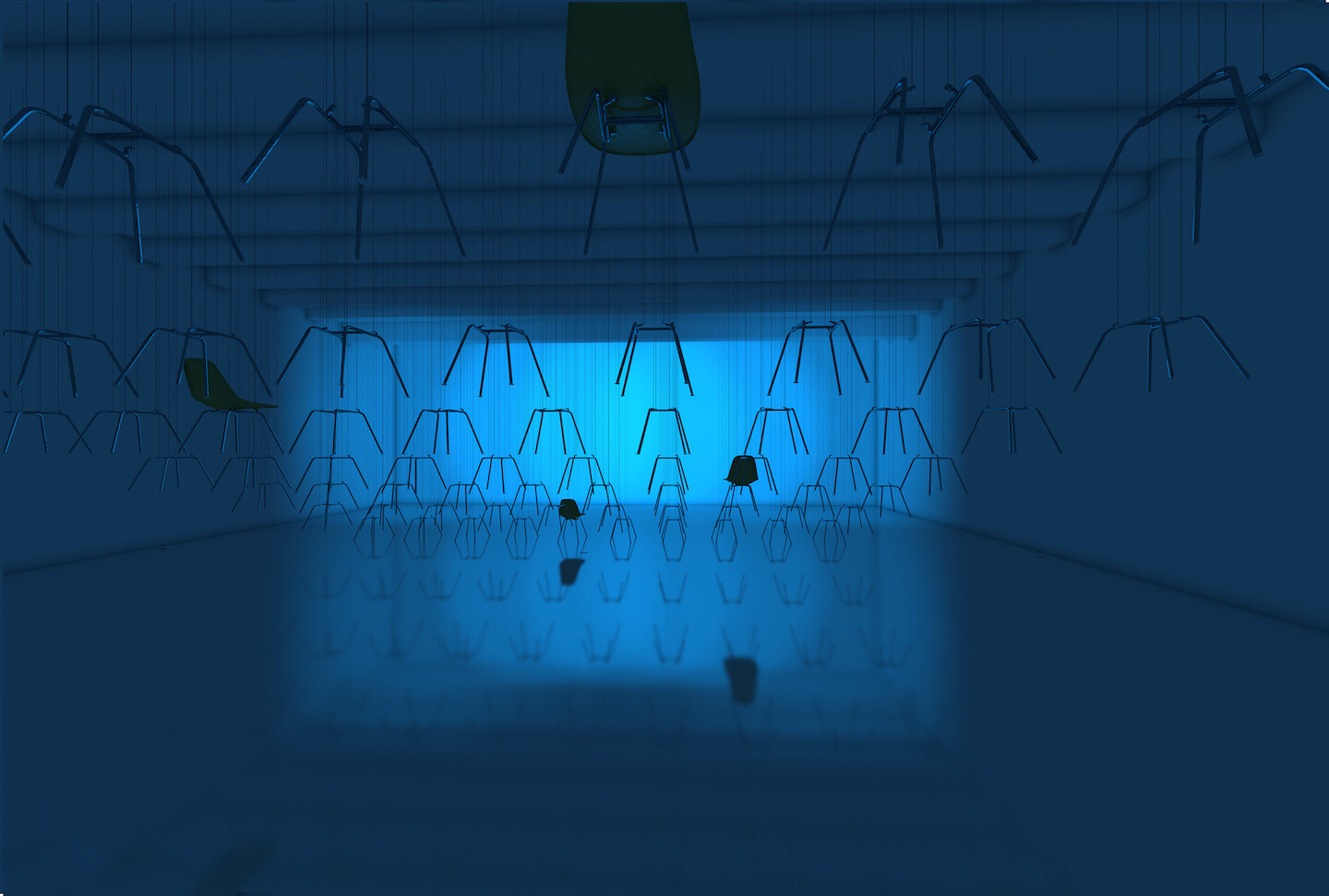 Trained as both an architect and a sculptor, artist Rayyane Tabet (b. 1983, Ashqout, Lebanon; lives and works in Beirut and San Francisco) investigates peculiarities of the built environment through multifaceted installations that play with the perception of physical and temporal distance. Weaving together personal stories with official accounts, Tabet’s works often provide another lens with which to view the past as well as its unexpected connections to the present.

For his first commission at a US museum, Tabet has created a new installation focused on the intersections of architecture, design, and technology. His research began with a site visit to the former IBM facility in Rochester, Minnesota. Designed in the 1950s by architect Eero Saarinen, the building was emblematic at the time of the midcentury shift from industrial to postindustrial labor in the United States. From there, the artist unraveled a web of connections within the history of the company that includes Saarinen, architect Edward Larrabee Barnes (who designed the Walker’s 1971 building), and designers Paul Rand and Charles and Ray Eames. Informed by this research, Rayyane Tabet: Deep Blues includes a multipart sculptural, light, and sound installation and expands beyond the space of the gallery via a site-specific architectural intervention.

In an echo of the famous two-toned blue IBM Rochester building, Tabet has transformed the Walker's 60-foot-long wall of glass windows into a transparent blue landscape—superimposing Saarinen’s patterned design onto the Walker’s facade. The gallery, bathed in blue light, cycles through the ten shades of IBM’s corporate color spectrum. Decommissioned IBM Eames chairs are suspended from the ceiling in a kind-of memory theater. A sound piece, performed by an artificial intelligence trained to read a script, mirrors the modulations of the artist’s voice. Ultimately, Tabet creates a probing space that blurs the boundaries between dematerialization, identity, and objecthood.

Rayyane Tabet: Deep Blues is made possible by generous support from the Edward R. Bazinet Foundation and RBC Wealth Management.