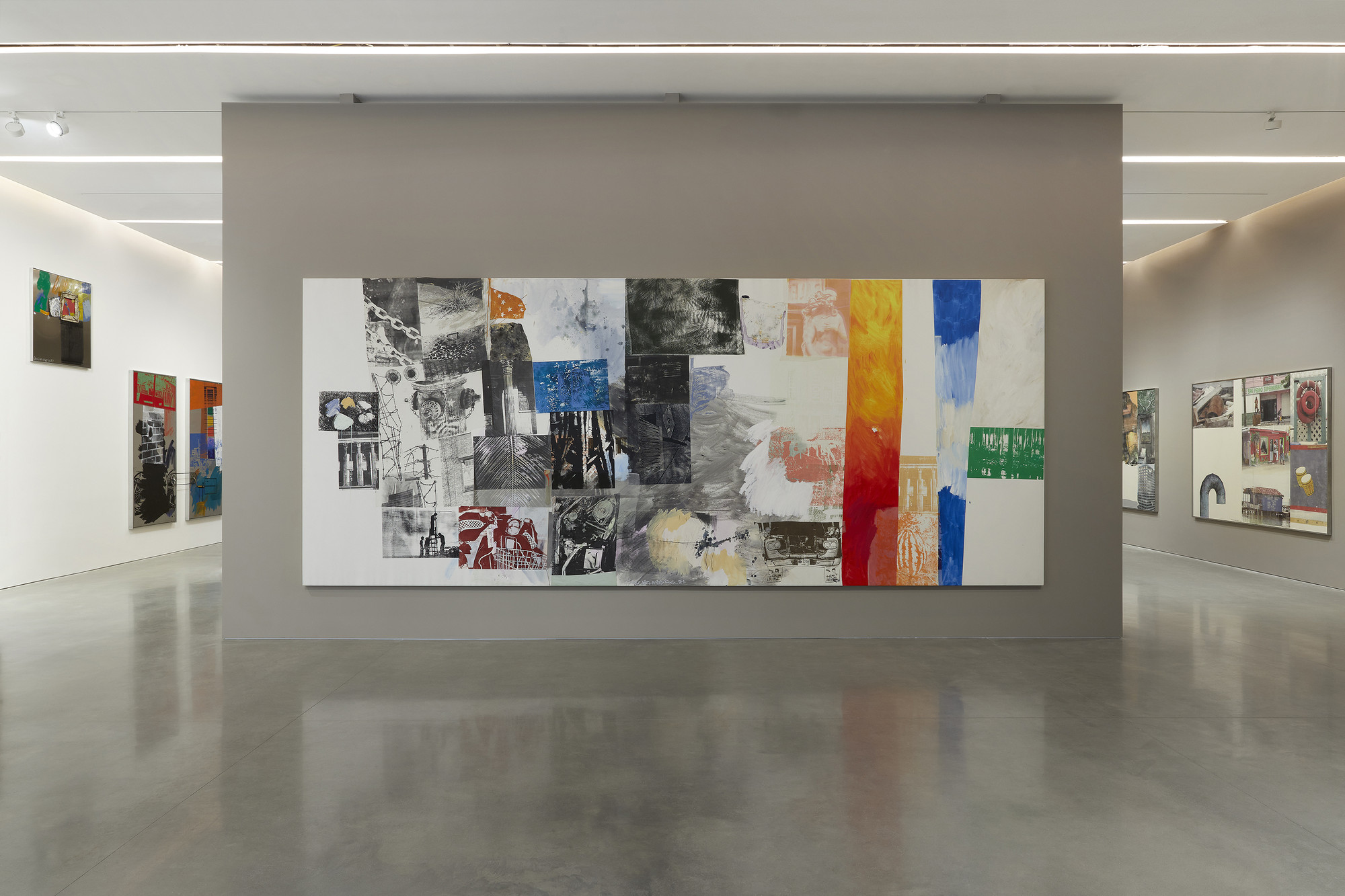 FOR IMMEDIATE RELEASENew York – Pace is pleased to present Robert Rauschenberg: Channel Surfing, an exhibition of more than 30 works by the renowned American artist at 540 West 25th Street in New York. Running from September 10 to October 23, 2021, the presentation focuses on Rauschenberg’s response to the rise of global media culture from the early 1980s to the mid-2000s. Spotlighting Rauschenberg’s return to painting after a decade-long hiatus from the medium, this exhibition examines the artist’s development of a radical new approach to his canvases that combined elements of photography, printmaking, and sculpture. Robert Rauschenberg: Channel Surfing traces the artist’s creation of a visual language that addresses fundamental transformations in media culture in the late 20th-century, a period marked by the apotheosis of television and the emergence of the internet.

Spanning three decades of Rauschenberg’s expansive and deeply influential practice, Channel Surfing offers a focused survey of the later years of the artist’s career. Anchoring the presentation is the large-scale painting
Colonnade (1984), a key work from the artist’s Salvage series. In that series, Rauschenberg explored the possibilities of repurposing imagery from his own past, setting into motion much of the work that would follow. Monumental and bold, Colonnade exemplifies his interest in forging visual circuits between history and the present. September 10 – October 23, 2021540 West 25th StreetNew York Robert Rauschenberg: Channel Surfing Robert Rauschenberg, Climb (Urban Bourbon), 1993© 2021 Robert Rauschenberg Foundation / Artists Rights Society (ARS), New York FOR IMMEDIATE RELEASEA presentation of photographs by Rauschenberg on view in the gallery’s library builds on these connections between the artist’s paintings and photography late in his career. Included in this showing are three works from the artist’s Photem Series, photo collages mounted on aluminum and produced in the early 1990s, and a group of digital prints of photographs Rauschenberg originally shot on film created in the same period.

Rauschenberg’s engagement with globalization is a recurring theme throughout the exhibition. In the mid-1980s, the artist presented the international traveling exhibition Rauschenberg Overseas Culture Interchange (ROCI), through which he advocated for art’s power to enact meaningful social change and cultivate exchange across borders. In the following years, he began using his practice to address connections between the forces of globalization and the threat of environmental destruction. On view in this exhibition are several major sculptures from his Gluts series, which the artist created after a trip to Texas amid an economic crisis precipitated by an excess of supply in the oil market. Included in this group of sculptures, which incorporate found objects and signage, is the celebrated work Primary Mobiloid Glut (1988), on loan to Pace from the Whitney Museum of American Art, New York.

Rauschenberg’s late paintings are distinguished in part by the use of nontraditional supports, including copper, aluminum, galvanized steel, and, eventually, polylaminate. The exhibition draws connections between his use of these materials and the metal of the Gluts sculptures, linking the formal characteristics of the artist’s earlier works with ongoing issues related to globalization and climate. The reflective surfaces of these late paintings also serve a participatory function, bringing viewers into the works as active contributors and emphasizing art’s potential impact on individuals and global systems alike.

Another highlight in the exhibition is a selection of the artist’s Apogamy Pods, which will be presented on the gallery’s seventh floor. Rauschenberg once commented that with the Apogamy Pods, he wanted to create paintings that “grow out of themselves,” and which “contain their own contradictions and get rid of narrative, which is the sex of picture-making.” By leaving large swathes of the picture plane almost entirely blank, he frustrates viewers ability to make sense of the works and distill them into stories, forcing audiences to contend with the physical presence of the work itself, the wall on which it hangs, and the surrounding space that occupied along with it.

Robert Rauschenberg (b. 1925, Port Arthur, Texas; d. 2008, Captiva, Florida) captured the experimental spirit of postwar art with his constantly innovative practice, bringing traces of reality into his work while blurring distinctions between media. Although he eschewed defining affiliations, his interdisciplinary practice positioned him as a forerunner of nearly every artistic movement following Abstract Expressionism. Rauschenberg’s celebrated Combines (1954–64) juxtapose disparate media with found objects and imagery, encompassing a space between painting, photography, collage, printmaking, sculpture, and performance. Developing his philosophy that painting relates to both art and life, Rauschenberg further investigated this dialogue through collaborations with artists, musicians, choreographers, performers, and writers.