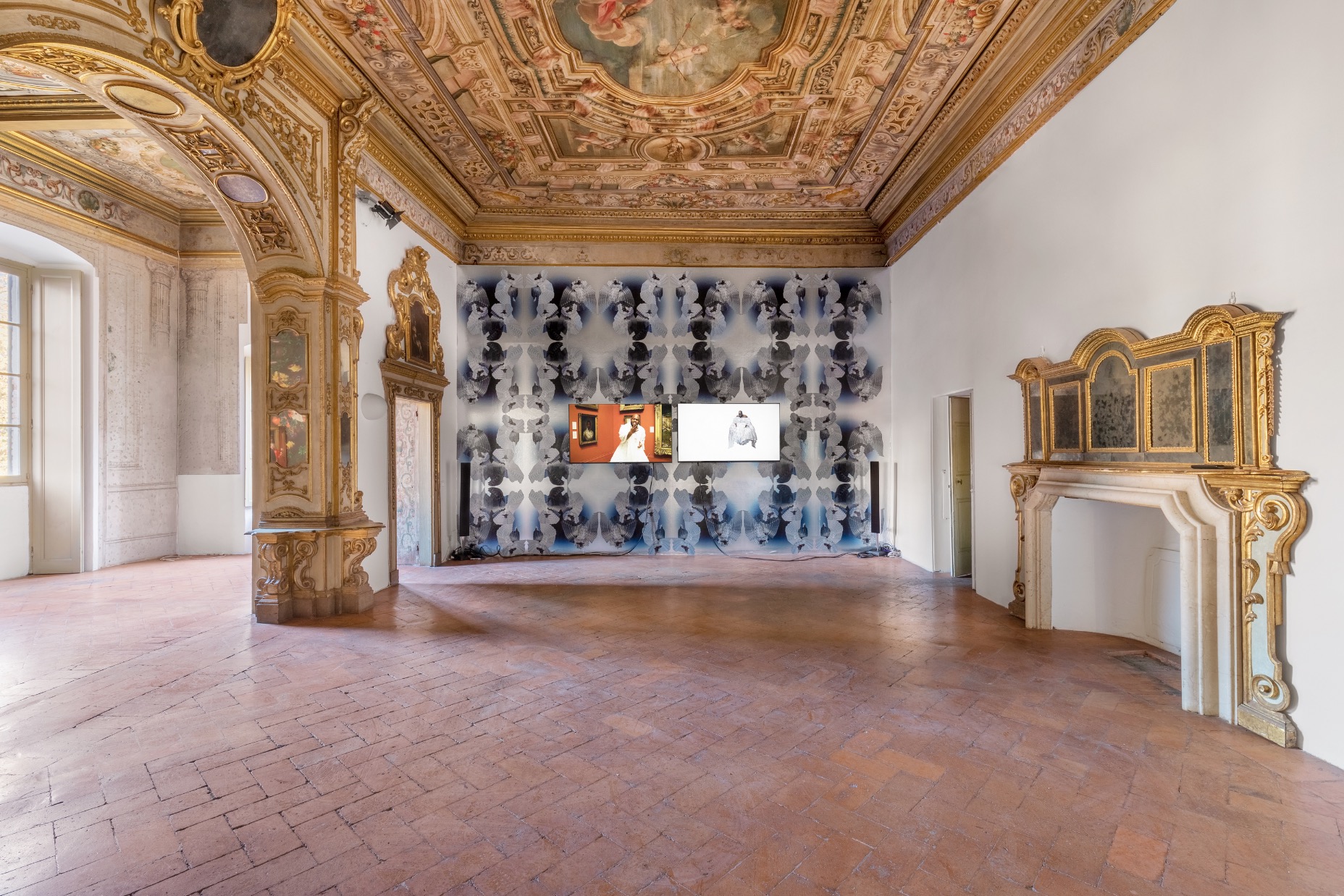 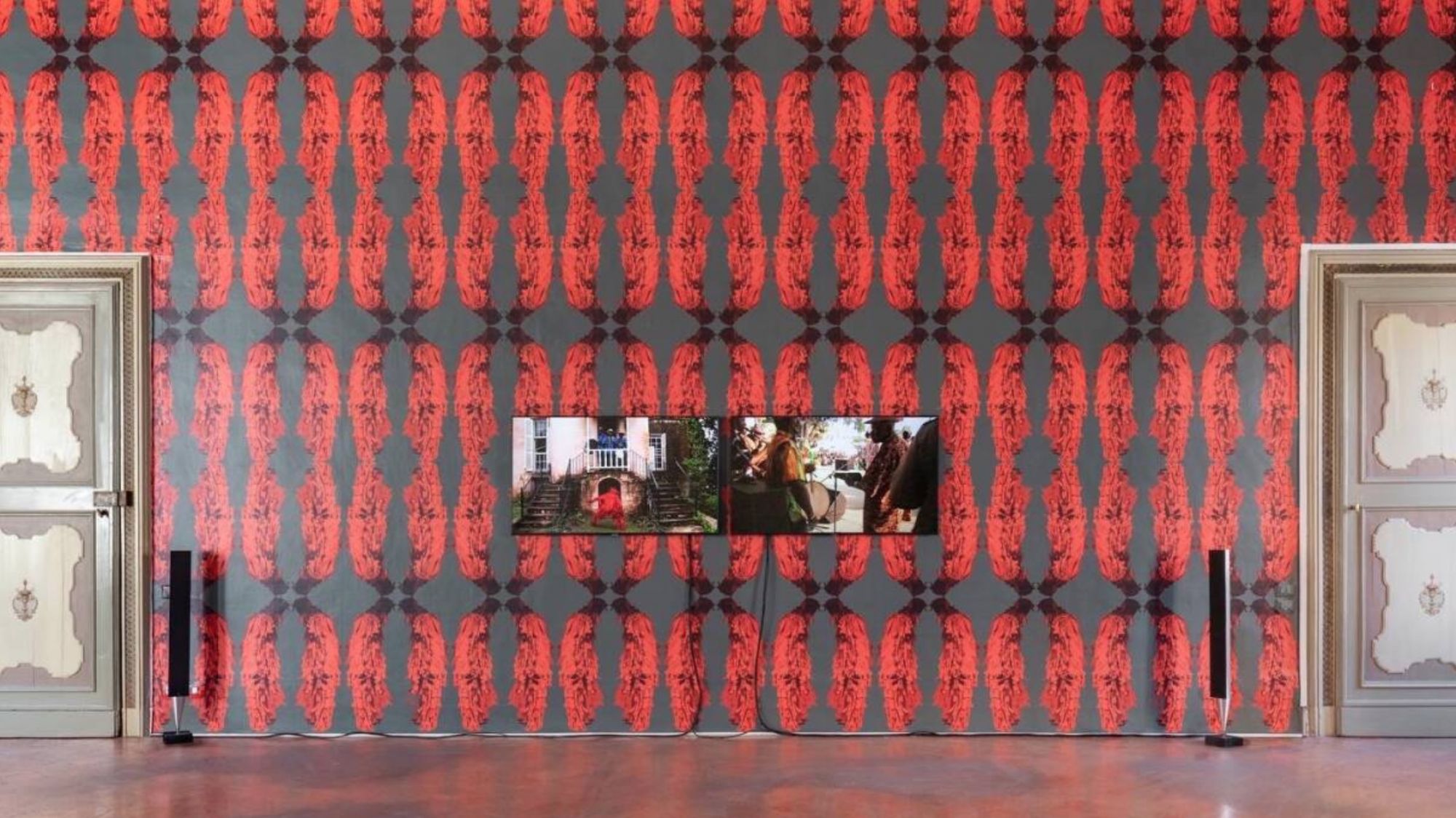 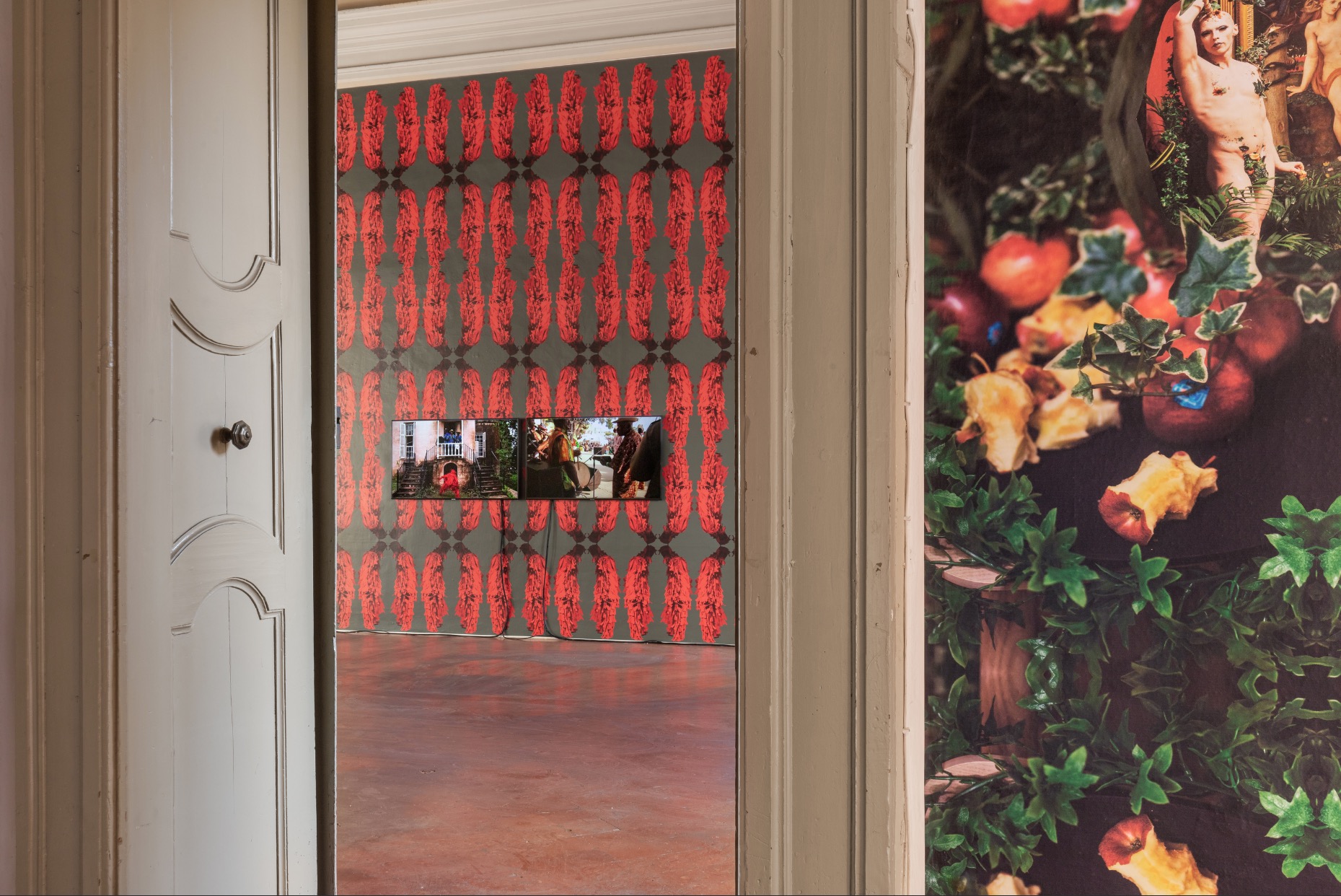 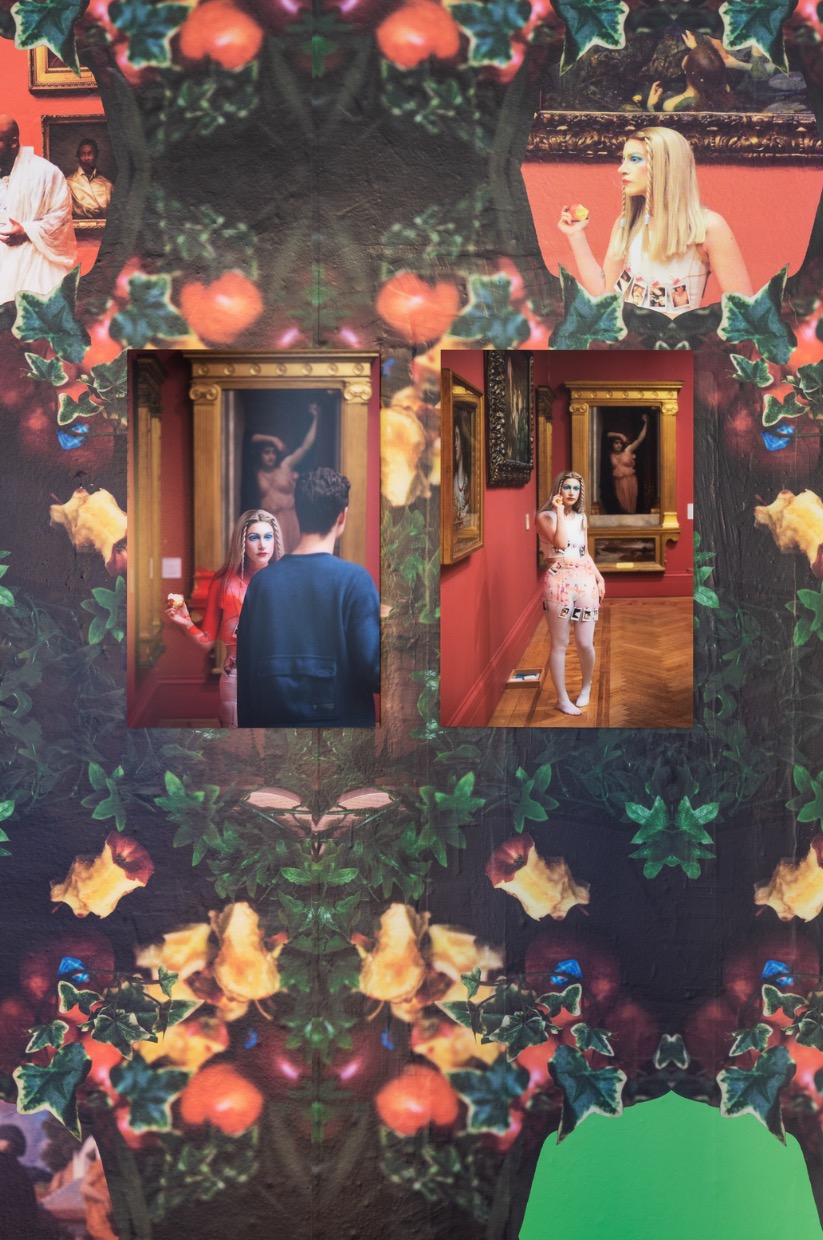 APALAZZOGALLERY is honoured to present Sonia Boyce OBE RA’s new solo exhibition at the gallery, opening Saturday 26 November 2022. Following Feeling Her Way at the British Pavilion, the Golden Lion winner for best national participation at the 59th Venice Biennale, Sonia Boyce presents The Disorderly. The show consists of two video installations brought together with printed wallpapers and a new body of digital photographs.

Boyce came to prominence in the early 1980s as a key figure in the burgeoning Black-British art scene of that time – becoming one of the youngest artists of her generation to have her work purchased by Tate, with paintings that spoke about race and gender in Britain.

Since the 1990s Boyce’s practice has taken a more multi-media and improvisational turn by bringing people together in a social practice that encourages others to speak, sing or move in relation to the past and the present. At the heart of her work are questions about the production and reception of unexpected gestures, with an underlying interest in the intersection of personal and political subjectivities.

For almost forty years, the artist has consistently worked within the art school context. Between 2012-2017, she was Professor of Fine Art at Middle-sex University and since 2014 she has been a Professor of Black Art & Design at the University of the Arts London. The 3-year research project Black Artists & Modernism culminated with the 2018 BBC documentary Whoever Heard of a Black Artist?, on forgotten artists of African and Asian descent and their contribution to the story of Modern British art.

APALAZZOGALLERY and Sonia Boyce have worked together since 2014 and The Disorderly will be the artist’s second show at the gallery.

The sensual transgressions of masquerade and the carnivalesque, as well as a consideration of the historical within the contemporary, are brought together in two projects at APALAZZOGALLERY for the exhibition The Disorderly by artist, Sonia Boyce.

Crop Over (2007) looks at the relationship between the Lascelles Family – the owners of Harewood House, a stately home in Leeds, England, and slavery in Barbados, the Caribbean. From the perspective of Barbados, the legacies of slavery through sugar plantation life can be seen in longstanding folkloric characters like Shaggy Bear, the Mother Sally, Donkey-Man and Stilt- Walker. As the films unfold, cultural historians comment on these characters who appear throughout the Barbadian Crop Over harvest festival. These commentators give us a brief insight into Crop Over’s history and contemporary meaning.

The quiet tempo of pastoral scenes and grand manors in the films shift as we arrive at the pinnacle of the harvest festival, Kadooment Day. We are submerged into the dazzling world of Mas bands and sensorial street revellers.

The Disorderly, also reconsiders Six Acts (2018) a project that attracted world-wide attention for the take down of a Pre-Raphaelite painting ‘Hylas and the Nymphs’ (1896) by John William Waterhouse held by Manchester Art Gallery. Boyce has re-worked the performance documentation to re-stage a sense of reverie and abundance that characterises the other performances of that night by Lasana Shabazz and the drag collective Family Gorgeous (Cheddar Gorgeous, Anna Phylactic, Venus Vienna and Liquorice Black).

Lasana Shabazz begins the films Ain’t Misbehavin’ (2022) in front of a painted portrait of a black male, the first work of art to enter the collection of the Manchester Art Gallery in the nineteenth century. The painting by James Northcote Othello, The Moor of Venice (1826) was originally titled ‘The Moor’ meaning simply ‘The Black’. The anonymity inherent in the title was changed after museum curators discovered that it was a portrait of the celebrated 19th-century Shakespearean actor Ira Aldridge, who had a prolific career first in the US where he was born, and then in the UK. Shabazz appears in drag, a performative mode that is often associated with Shakespearean theatre when females were forbidden to publicly appear on stage and, instead, males played female roles. Aldridge, as a performer, was also known to appear as a black-face minstrel – a racist caricature of African Americans typically performed by white actors – he also performed in white-face when he played white characters on stage. Shabazz delves into these complex and contradictory identity formations as he interacts with the invited audience, who are coerced into responding to his uncomfortable prompts.

Across both projects, transgressions proliferate. They un-mask and resist binaries, instead releasing historical constraints and conditions, whether that is about the imagined certainties of race or gender or sexuality – and criss- cross between the everyday and the extraordinary.