The Living and the Dead Ensemble: LANJELIS 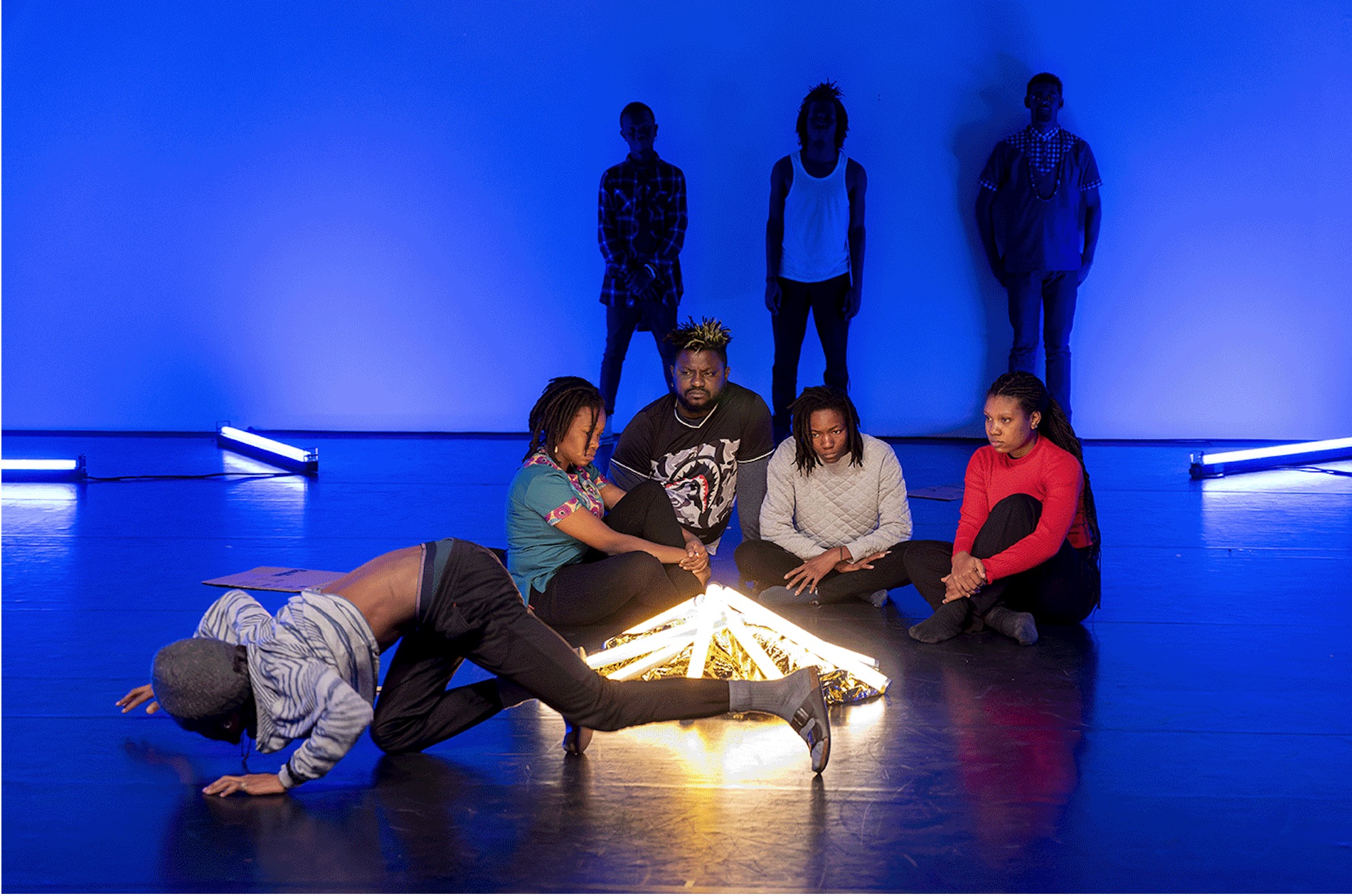 The Living and the Dead Ensemble: LANJELIS

When day gives birth to night in the Caribbean, another life becomes possible. LANJELIS is a time for rest and marronnage. Far from prying eyes, shelter is sought, a path. It is also a time of secret revolts, of music and dance, stories and elusive images. A language—Creole—and a shared imagination were thus invented, drawing on the traces that remain from African lives lost on  the Atlantic crossing, and from contact with European and Indigenous cultures.

LANJELIS assembles points of view on the world emanating from a region directly exposed to climate crisis. The richness  of Haitian cultural production cannot hide a chaotic political situation that is currently pushing the island’s inhabitants into exile. LANJELIS offers an echo of their revolt against a corrupted State.

Oscillating between day and night, between revolutionary fervor and chaos, between past and future, all intimately entangled, LANJELIS speaks of the powers of Haiti and Caribbean imagination, in the form of the wake. The wake is a living place that demands presence. This exhibition is conceived of as a space for dialogue, debate, shared forms of knowledge and hospitality  to evade any tendency toward voyeurism or extractivism in the matter of cultures from the Global South. The Ensemble is realising a comprehensive project at the intersection of cinema, literature and theatre, bringing together all works of the last five years. The Ensemble are artists in residence at the Kunstverein.