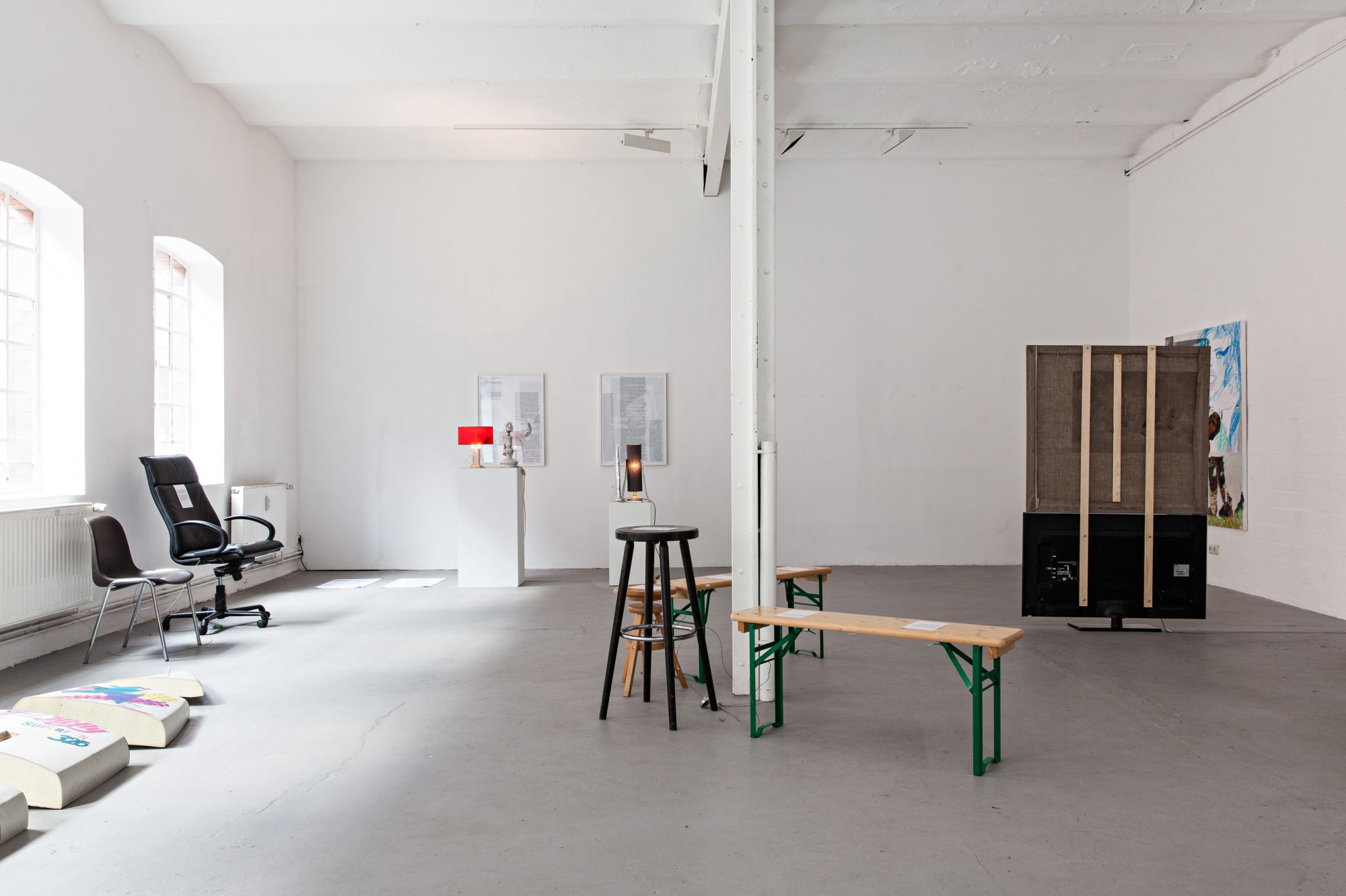 Contemporary art often reveals a moment of ambiguity and is therefore characterised by contradictions immanent to the work, so that no evident or even singular context of meaning can be attached to it. The group exhibition “On Radical Juxtaposition” focuses on this aspect of contemporary art, elucidating it from different perspectives. The precondition of this ambiguity is the artistic strategy of “radical juxtaposition” – a term coined by Susan Sontag in 1968 in regard to the happening. Radical juxtaposition means an approach operating with a plethora and complexity of disparate motifs, themes and materials, so that the resulting artworks generate an associative surplus of meaning. Under the term borrowed from Sontag, the show thus brings together artworks that by employing the strategy of radical juxtaposition elude unambiguous readability and reject authoritarian gestures. The exhibition is grasped as an attempt at and a proposition for a counter-model poised against an art based on the widespread method of explicitly pointing to one reference or one issue and therefore still insisting on a message to be decoded or comprehended – an art, then, that lacks the potential of the paradox, of misunderstanding and chance. As opposed to what is commonly assumed, ambiguity is not a specific feature of present-day art. It is not to be dismissed as a contemporary celebration of arbitrariness. For the arts have always been a place where ambiguous structures and ambivalent modes of reception have been articulated, albeit in a manner subject to constant historical change. Models of ambiguousness in art and in the aesthetics of reception already existed in medieval and early modern times; around 1800 (with Goethe, Schlegel and Novalis), the enigma and ambiguity of the artwork was raised to a sign of quality, and ambiguity was even regarded as an aesthetic paradigm.

Performance by Gerry Bibby
"Ladies and gentlemen. Madames et Messieurs. A few seats of the "Congress" (2012) have grown tired & / or have resigned. The swearing in of new voices will take place at the opening hours between 7 and 8 pm on the 4th of April at the Halle für Kunst. "
Sunday, 04. April 2014, from 20 clock

Generously funded by the state of Lower Saxony, the Lüneburgische Landschaftsverband, the Hanseatic city of Lünburg and the Sparkassenstiftung Lünburg.