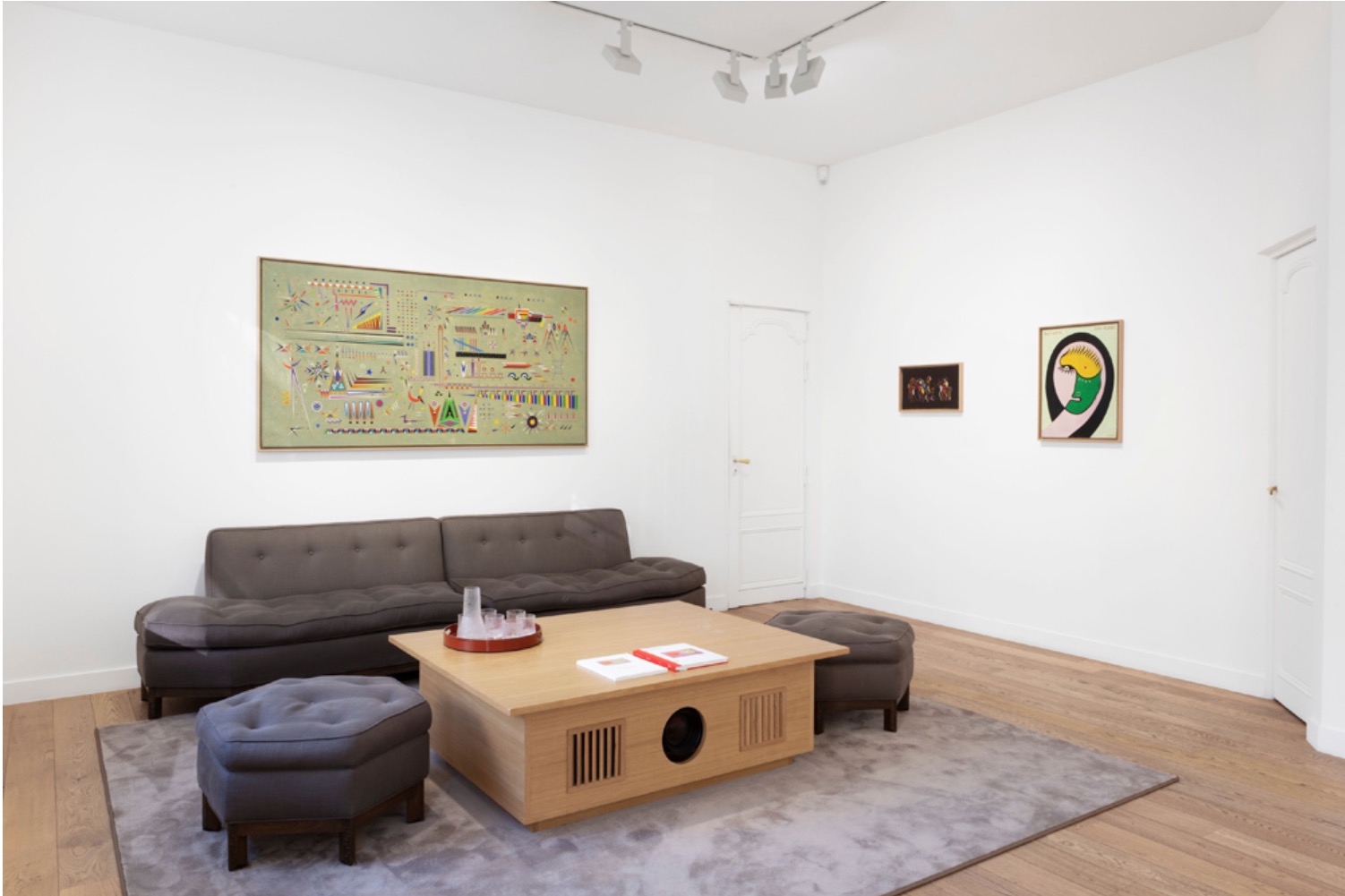 Perrotin is dedicating its first monographic exhibition on Yves Laloy (born in Rennes in 1920; died in Cancale in 1999). Some fifty works will be on view in both gallery spaces on avenue Matignon and rue de Turenne. Yves Laloy’s work has not been featured in a major exhi- bition since 2004, in a retrospective at the Musée des Beaux-Arts in Rennes. Two of his emblematic works from that museum’s collec- tions will be exceptionally presented here.

Yves Laloy began his career as an architect, before turning definitively to painting in 1950. From the start, he began exhibiting in Parisian galleries devoted to Surrealism, which resonated with the wordplay and irony nestled in his work. In 1958, André Breton orchestrated an exhibition for him at the Galerie La Cour d’Ingres, and wrote a laudatory preface to the catalog. A few years later, Breton selected his painting Les Petits pois sont verts, les petits poissons rouges... (1959) as the cover image for his book Le Surréalisme et la peinture. Laloy himself was never part of the Surrealist movement; he developed his work around a multifaceted ‘plastic’ vocabulary, ranging from rigorous geometric compositions to undulating, cosmogonic worlds. His works have been exhibited in Paris, Milan, Basel, and within larger exhibitions devoted to Surrealism, including the 1991 homage to André Breton at the Centre Pompidou. His independent nature and the rarity of his work have bestowed him with a fairly discreet artistic status, known mainly amongst lovers of Surrealism. The polyphony of this hard-to-classify œuvre and its unconventional curiosity invite us to look at these paintings today in a different light. They are replete with the mysteries of the cosmos and the unconscious.