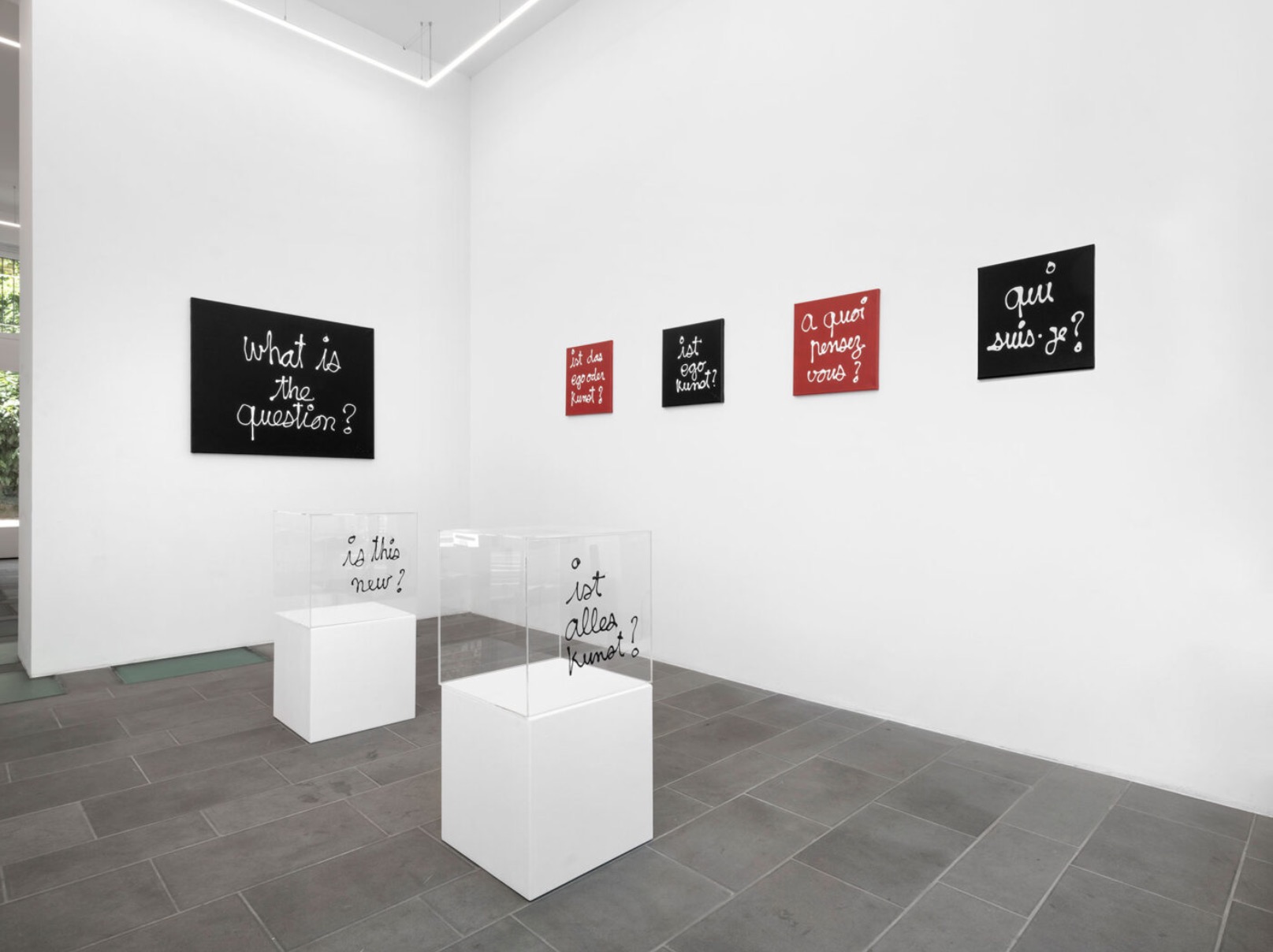 We are happy to announce the opening of the exhibition of Ben. Join us for the opening Thursday 23rd June, from 6 pm !

The times are amnesic. It celebrates those who “perform” repeatedly, suggesting that they are thwarting the system. More than an exposure without the presence of the body. More than a project without a multidisciplinary dimension. More than a demonstration without reconciliation of opposites. Art is everywhere and every appointment is there to prove it.

The dissensus is damaged in complacent representations. The misfortunes of the world are portrayed with the idea of being witnesses and accusers. The good conscience does its job and that’s it. Ben Vautier sees the world differently. Sixty years since he writes to us and sends us back to our vain vanities. Sixty years since he has been fencing and expressing himself, struggling and igniting himself in a jumble of tragedy and farce, suffering and joy, pros and cons. Praise of the difficulty of being oneself, self-criticism of the ego, aphorisms of all kinds. Ben is there, between truth and lies, between impertinence and wisdom. Ben is a necessary artist.

From the late 1950s to today, Ben has been directing and staging himself in a world that fears and amuses him. Ben is vociferous and stormy. He writes and apostrophes. He gestures and speaks loudly. He is knowing and popular. Ben is probably one of the most extraordinary human beings I have ever known. From all this, from this daily struggle against himself and the ever-evolving time, Ben makes artworks like no other, artworks that are recognizable among all. Familiar and inventive. Artworks that resemble him and in which everyone, one day in his life, recognized and found themself. We all have something of Ben Vautier in us, as Ben Vautier tells us something about ourselves, about our misery and joys, about our fears and vanities, about our desires and failures. In short, Ben is the only man in search of the truth, probably a moralist. Never a moralizing person.

You always must look at Ben’s work over and over again. It is necessary to follow its course and its metamorphoses. You should see him trying to build his language. “I would draw shapes that I would throw away if I could find their source of influence,” he wrote about his early work. We must hear him looking for “a beginning of personality” when the shape of the Bananas appeared in 1957. And then come the Lines, the Tasks, the Sculptures of Objects, the Suspended Objects, the Vomit, the Imbalance, the Holes, the Living Sculptures, the Lack and the All...1. The All like the search for reality in its totality, the All so that nothing escapes it. Between decoy and control. Probably a superb definition of creation. Because Ben is a creator. The word seems to be overused and suits him well. A creator who exposes, signs, and sells God, his rival, at any price. A creator who runs and does justice to vague Terrains. A creator who shapes words and invents, as his friend Jon Hendricks says on this matter Ben’s “Full Striptease”, a word painting. And then there are the Gestures which, beyond the “actions” - or “Aktion”, if you want to make it Germanic and knowing - beyond the “Performances” and other “Happenings”, the “Events” of George Brecht with whom they have a tender affinity, are the very expression of life in all its states, of the body in all its manifestations: “Banging my head against a wall”, “Spitting”, “Shining other people’s shoes”, “Digging a hole and selling dirt”, “Urinating”, “Getting into the water dressed with an umbrella”, “Painting me”, “Fighting me”...)

2, if I may only name a few. To say everything, to do everything, never to stop, never to know a break. The body, his body, mine, yours in all its forms to never stop fighting against the inevitable.
Ben, never out of the game. Ben, “our contemporary”, in the absolute urgency to be and to leave traces. To never disappear.