Hannah Quinlan and Rosie Hastings: In My Room 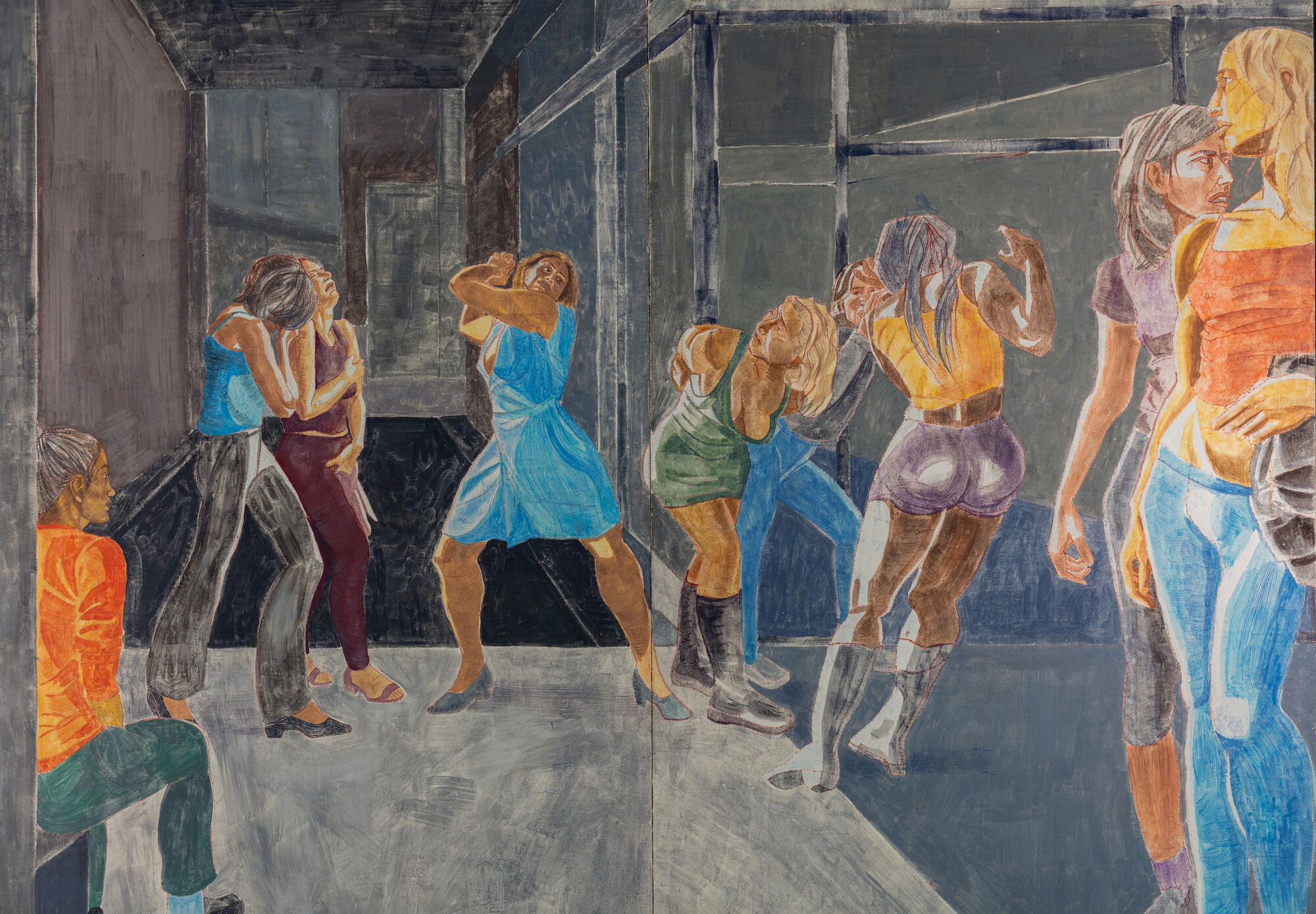 Hannah Quinlan and Rosie Hastings’ first solo institutional exhibition develops the artists’ inquiry into the politics, histories and aesthetics of queer spaces and culture. A new film highlights the impact of gentrification upon the city and its gay communities, whilst also exploring the relationship between masculinity, capitalism and power within the urban landscape.

Wall rubbings of the stone relief that fronted the recently closed Bar Jester are presented as works on paper in the exhibition alongside a major new fresco painting, depicting a high street populated by pedestrians. At a time of extreme and ongoing austerity, heightened surveillance and the privatisation of public spaces, the street is an increasingly contested and political zone.