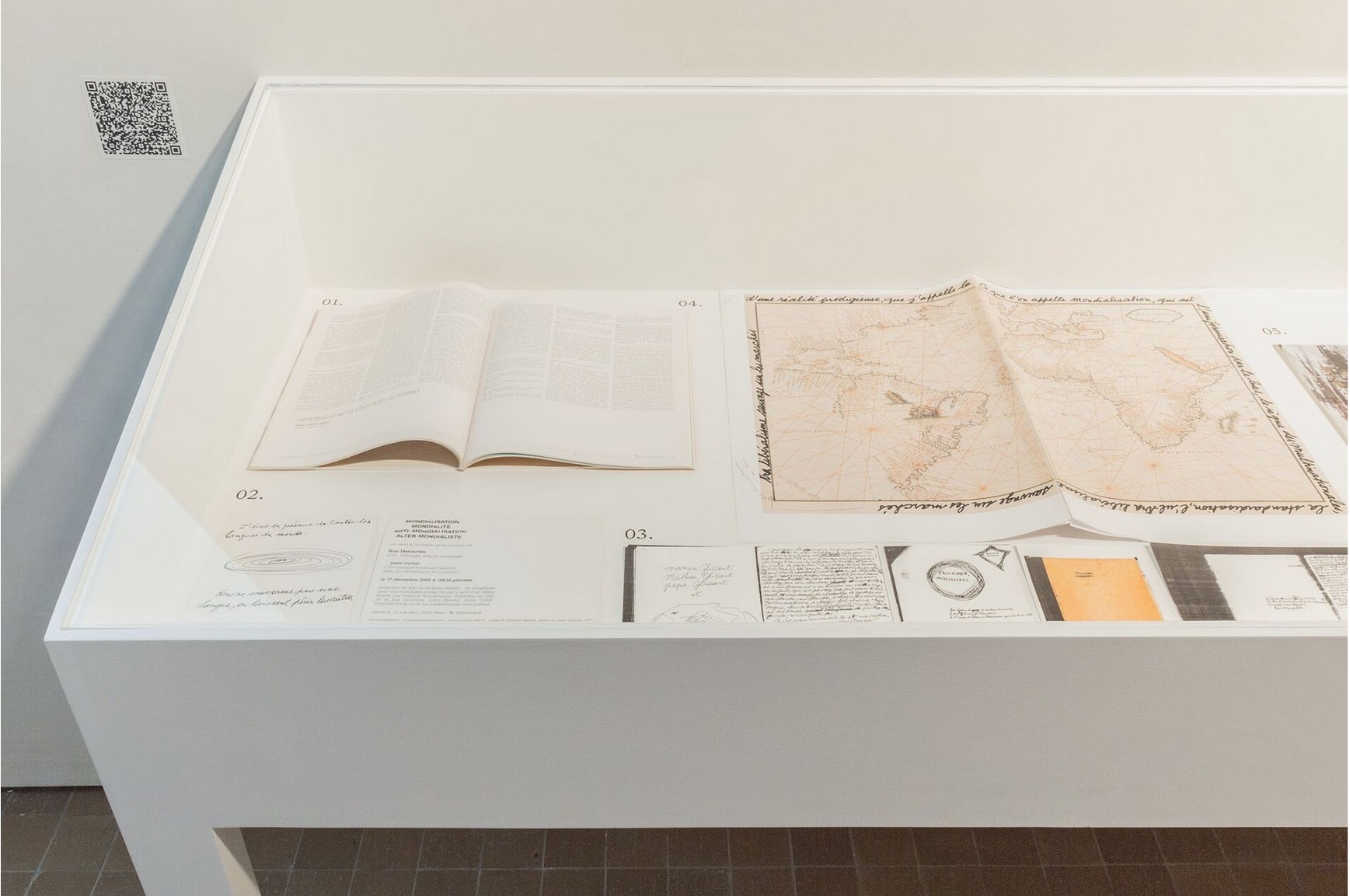 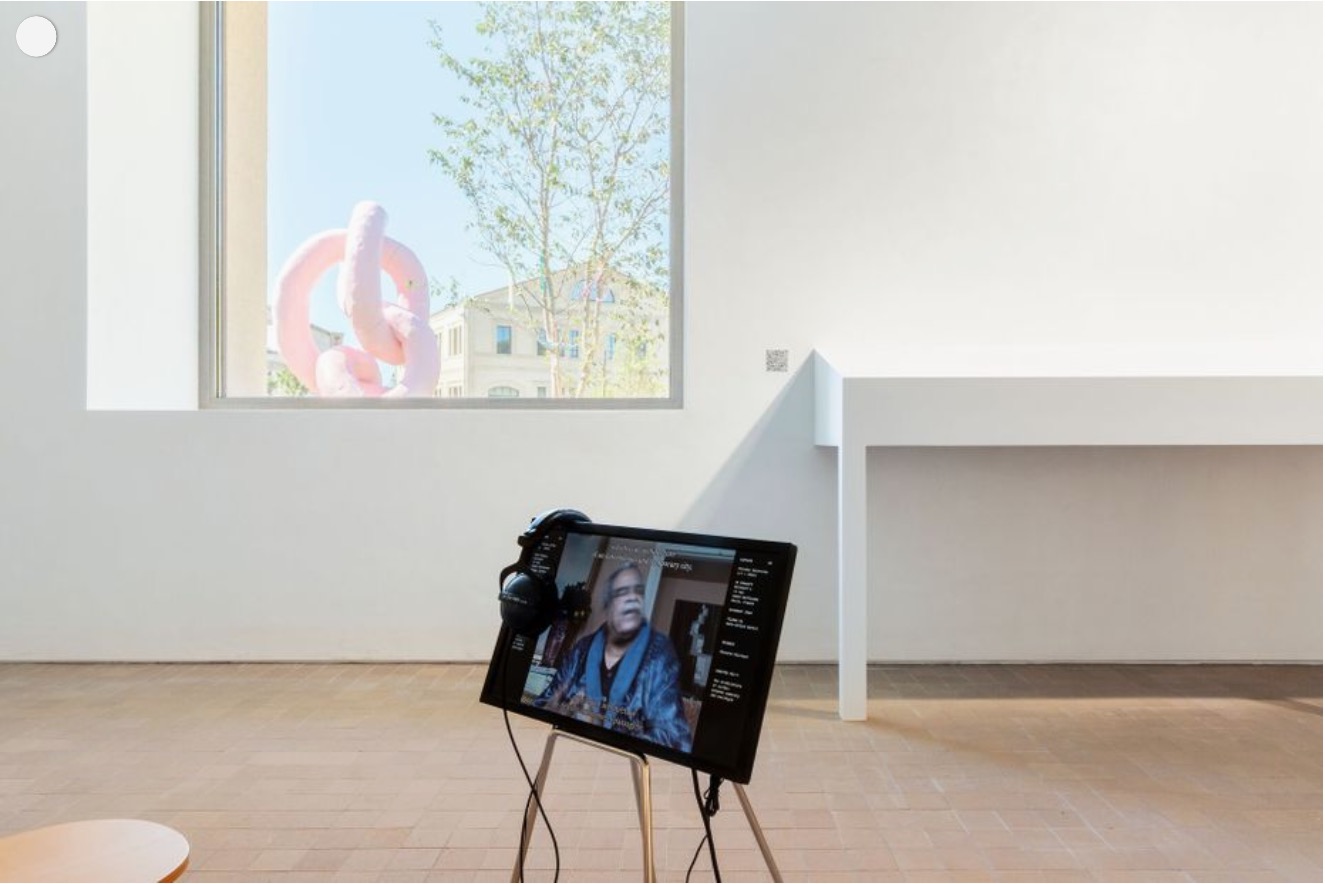 Hans-Ulrich Obrist Archives - Chapter 1 : Édouard Glissant
Where all the world’s imaginations can meet and hear one another

The first presentation of the archive of Hans-Ulrich Obrist at LUMA Arles is dedicated to the late Édouard Glissant (b. 1928 in Martinique, France – d. 2011 in Paris, France), Martinique-born philosopher, poet and public intellectual. Drawing on periods of collaboration, friendship and mentorship between the philosopher and the curator, the presentation highlights a belief they had in common: conversation and reciprocal exchange with the other can be a means to produce new realities. For Glissant, a world in transformation is an "All-World" that listens and learns from each of its unique voices.

Obrist’s encounter with Glissant influenced the direction of his work for years to come. He was first introduced to the philosopher’s thinking through the artist Alighiero Boetti, whom he met after turning eighteen in 1986. Throughout the second half of the 1990s, he got to know Glissant in the company of their mutual friend agnès b. Their companionship started in Parisian cafés, and these meetings quickly became regular events. During this same period, Obrist adopted a daily fifteen-minute ritual of reading the writings of the poet-philosopher, a habit that he still practices. Their relationship was driven by a spontaneity that enabled them to collaborate on a dozen public conversations, interviews and printed materials. These projects led them to travel together across cities, continents and archipelagos.

Glissant’s philosophy of "Relation" is rooted in the history and the geography of the Antilles archipelago. Through constant exchanges from one island to another, the archipelago has provided the matrix for creolisation, a process of continual fusion that does not cause the loss of cultural and linguistic diversity, but enriches it through hybridisation. The most tangible outcome to emerge from this context is creole languages, resulting from miscegenation and osmosis between vernaculars. While continental thinking relies on systems, and claims the absoluteness of its own worldview, archipelagic thinking recognises and furthers the world’s diversity. Glissant realised early on the dangers of globalisation, the homogenising engine behind the disappearance of cultural, linguistic and ecological diversity, as well as the dangers of the populist counter-current to globalisation, namely new forms of nationalism and localism that refuse solidarity. To resist globalisation without denying globality, he coined the notion of "Mondialité" as a plea for a continuous worldwide dialogue that equally encouraged the mixing of cultures and celebration of local identities. Obrist’s curatorial projects are directly inspired by this concept of "Mondialité" as a perpetual process of relating.

The focus of this presentation is a collection of audio-visual material related to Glissant from Obrist’s Interview Archive. Presented for the first time, more than six hours of video material from public and private interviews, screened on eight viewing stations, allow visitors to listen to Glissant engaging in dialogues, reading his poetry aloud, forming and shaping his thoughts and philosophy while speaking. In addition to the videos, various other archival materials such as books dedicated to Obrist by Glissant are presented to offer a unique overview of this inspiring relationship. The presentation also features a series of posters by contemporary artists, who were either close to Glissant or who feel connected to his thinking. It is through their unique language that Glissant’s ideas find prolongation, reflecting their contemporaneity and urgency.

Throughout his career, Obrist has been committed to making Glissant’s thinking accessible, quoting him at every opportunity and orchestrating numerous events, exhibitions, and publications dedicated to him. On the occasion of its opening, LUMA Arles is pleased to dedicate this presentation to Glissant, whose vision of the 21st-century art institution as an archipelago that would accommodate networks of interrelations between people, traditions and disciplines has been an inspiration for the project since its conception. Glissant had imagined the institutions of the future as places of dialogue where various parts of the world would come into contact with others. For him, what mattered was the production of reality, the transformation of theories and poetries into concrete engagements to respond to the problems of the moment. His utopia was a quivering place that transcended established systems and perpetually reinvented itself. This presentation aims to give historical and artistic consistency to the dream shared by Glissant and Obrist of a "utopian point where all the world’s cultures and all the world’s imaginations can meet and hear one another".

‘The One-World trembles physically, geologically, mentally, spiritually, because the One-World is looking for this point, I would not say this station, but this utopian point where all the cultures of the world, all the imaginations of the world, can meet and hear one another without being dispersed or getting lost.’
Édouard Glissant, 2003, Utopia Station, Biennale de Venise

The archive of Hans-Ulrich Obrist (b. 21 May 1968 in Zurich, Switzerland) documents his curatorial and conversational practice. Since the late-1980s, the Swiss-born curator has been developing a multifaceted practice that is shaped, first and foremost, through interactions. His archive is about listening, since it contains a multitude of encounters with some of the most influential figures of our times.

In 1986, Obrist visited the studio of Peter Fischli & David Weiss in Zurich, on the eve of the production of their film Der Lauf der Dinge (The Way Things Go, 1987), that LUMA Arles presented in the Médico-Social building on the occasion of the exhibition It’s Urgent! in 2020, a chain reaction of objects set in motion where one thing leads to another. From this visit onwards, he began visiting artists’ studios, travelling on the night train, each encounter leading to another, each artist sending him to others.

What Obrist calls his Interview Project began in earnest in the early 1990s, when Jonas Mekas encouraged the young curator to film his conversations with artists. To date, the Interview Archive contains around 4,000 recorded conversations, not only with artists but also with architects, musicians, writers, filmmakers, philosophers, scientists. The wider archive consists of many other layers, such as publications, photographs, handwritten and electronic correspondence, notes, sketches, drawings and projects.

Together with Hans-Ulrich Obrist, Maja Hoffmann proposes a format that would reveal, over the course of years, different facets of the archive, such as a project or an encounter. At the core of these series of presentations are the documents stemming from the Interview Archive, which, more than an accumulation of interviews, constitutes an infinite conversation connecting people, cultures, languages and disciplines. At the heart of each episode of this long-term project is this idea of learning to listen and listening to learn. Édouard Glissant is the first chapter of the Archive of Hans-Ulrich Obrist, composed of books, handwritten documents and audio-visual recordings, which will be followed by many other.

The display of the Édouard Glissant interviews revisits Now Interviews, initially conceived by Japanese architect Kazuyo Sejima, on the occasion of the 12th Architecture Biennale in 2010. For the presentation at LUMA Arles, Sejima suggested that a tree should be planted in front of a window. This space was therefore named the Cherry Tree Gallery. As an echo of or resonance with Yoko Ono’s wish tree, on the occasion of the overall opening of LUMA Arles on June 26 2021, Dominique Gonzalez-Foerster will attach ribbons in the colours of post-it notes to the branches of the tree chosen by Sejima and visible through the window.