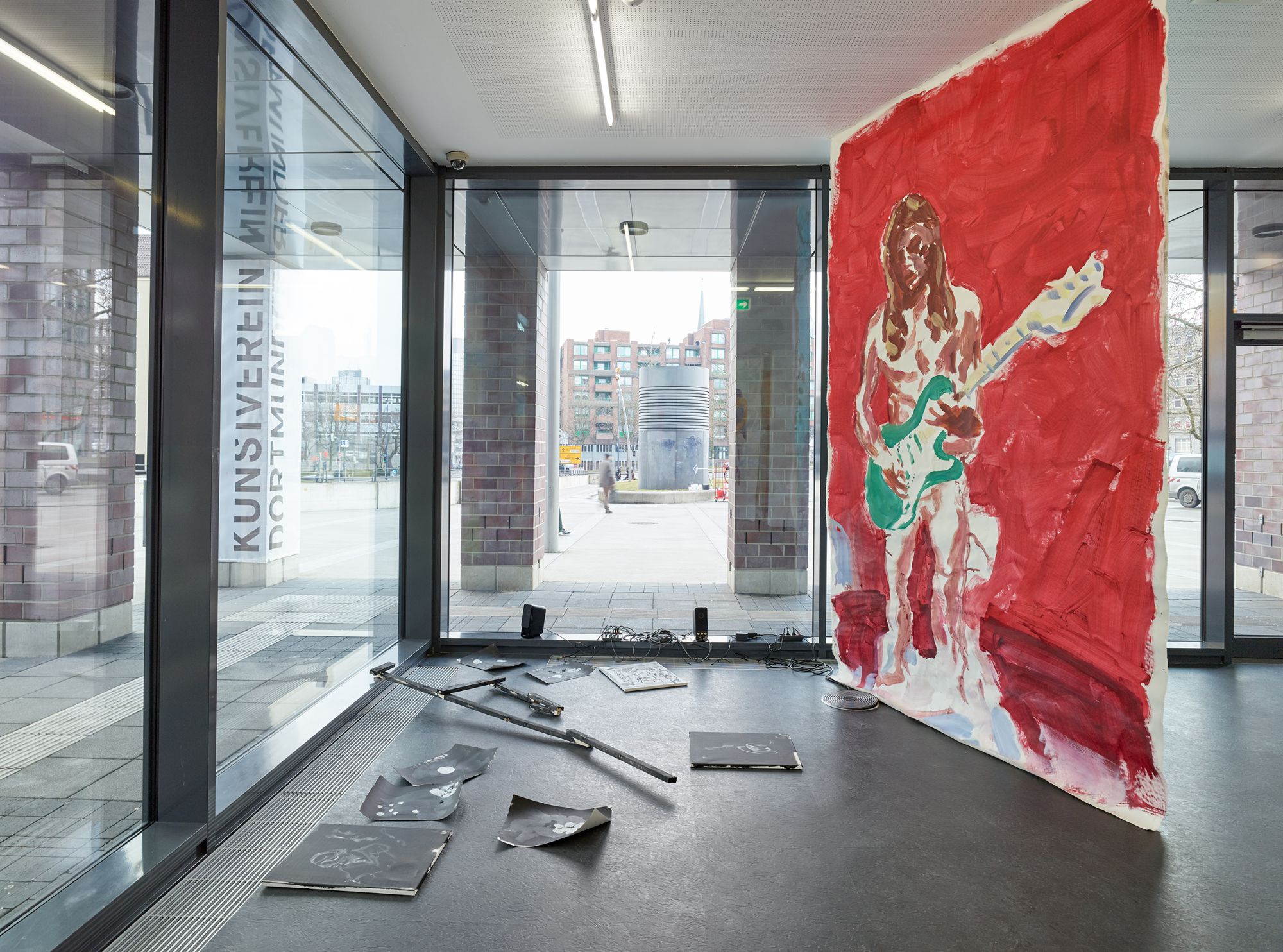 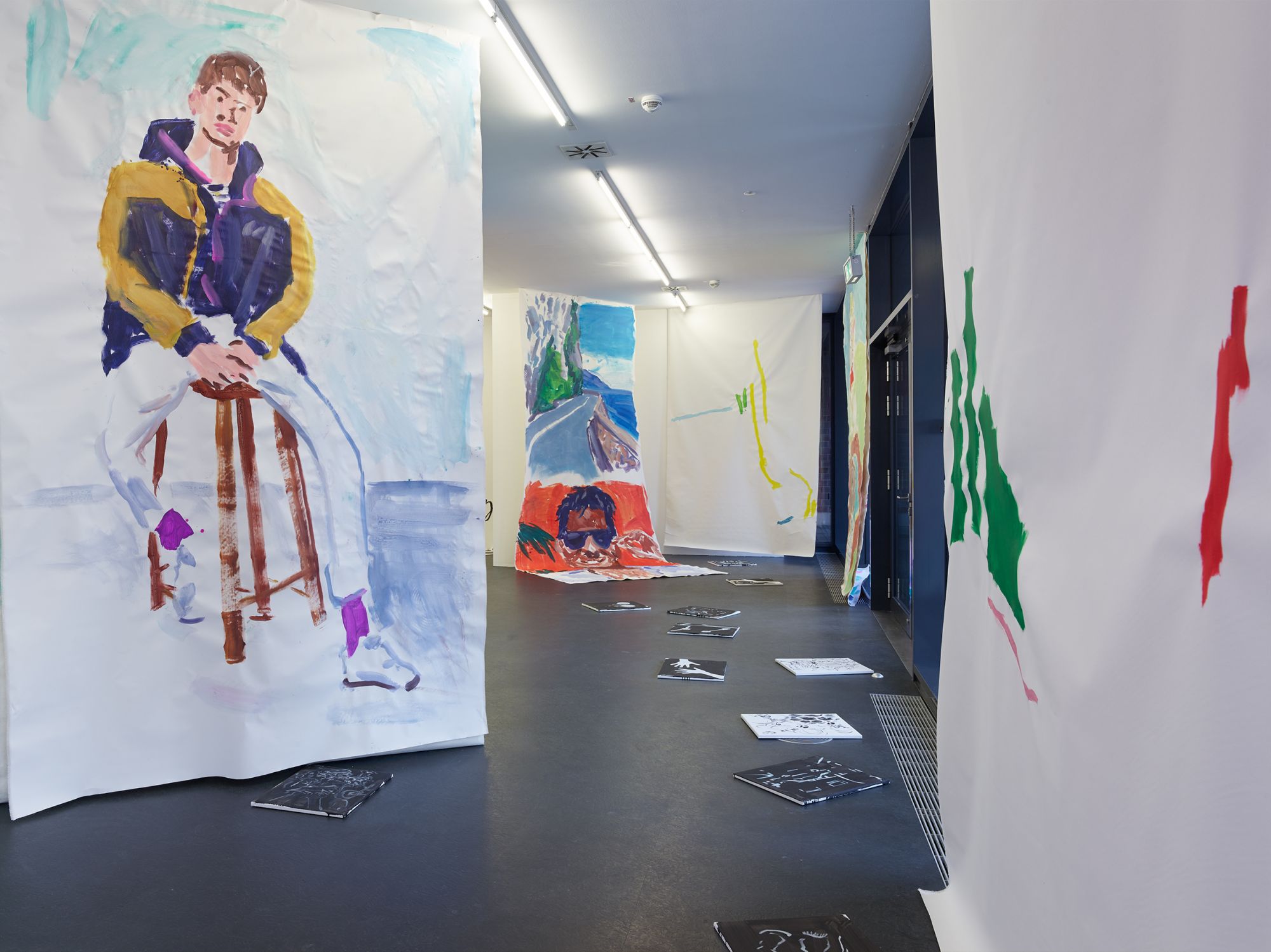 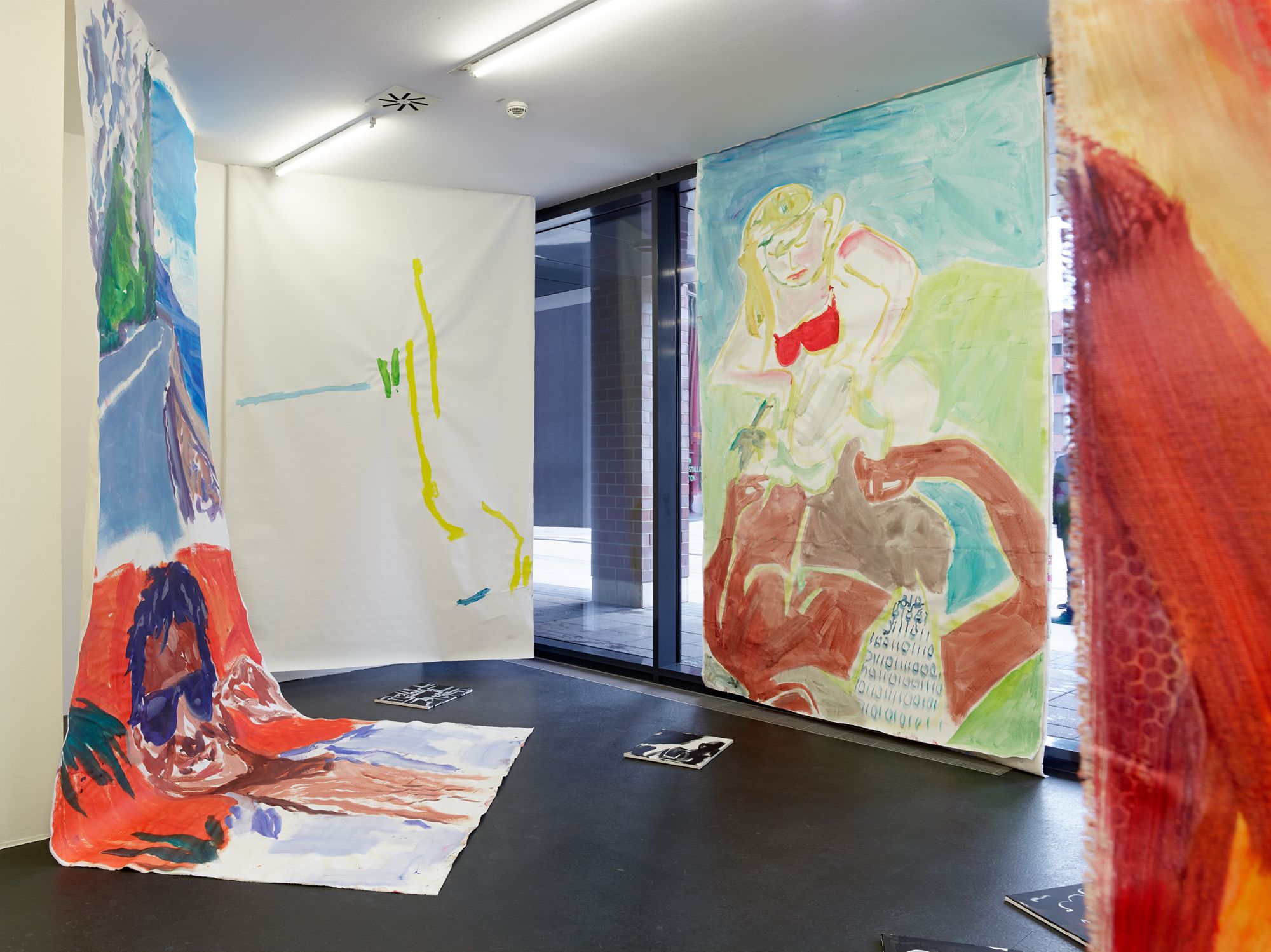 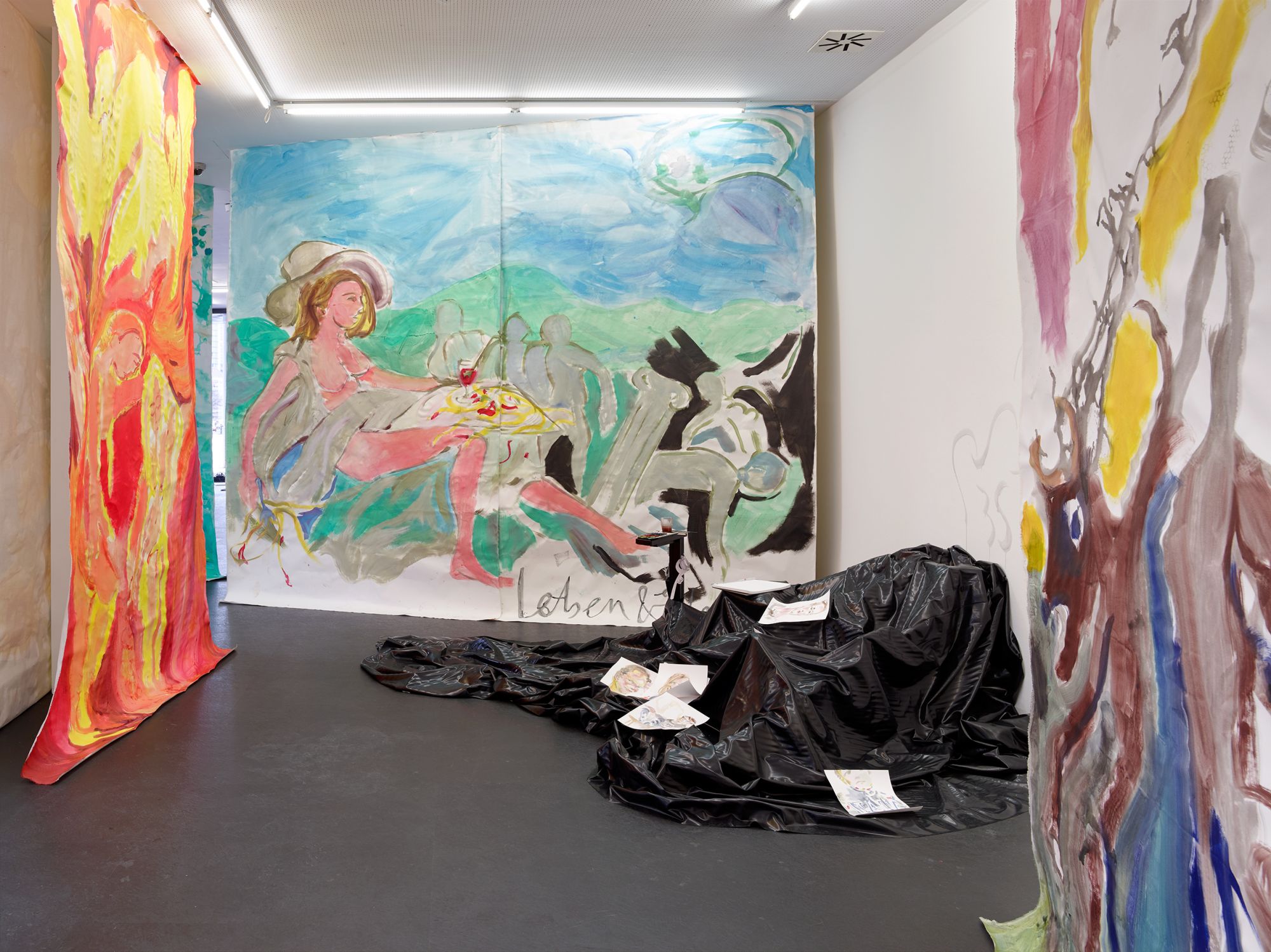 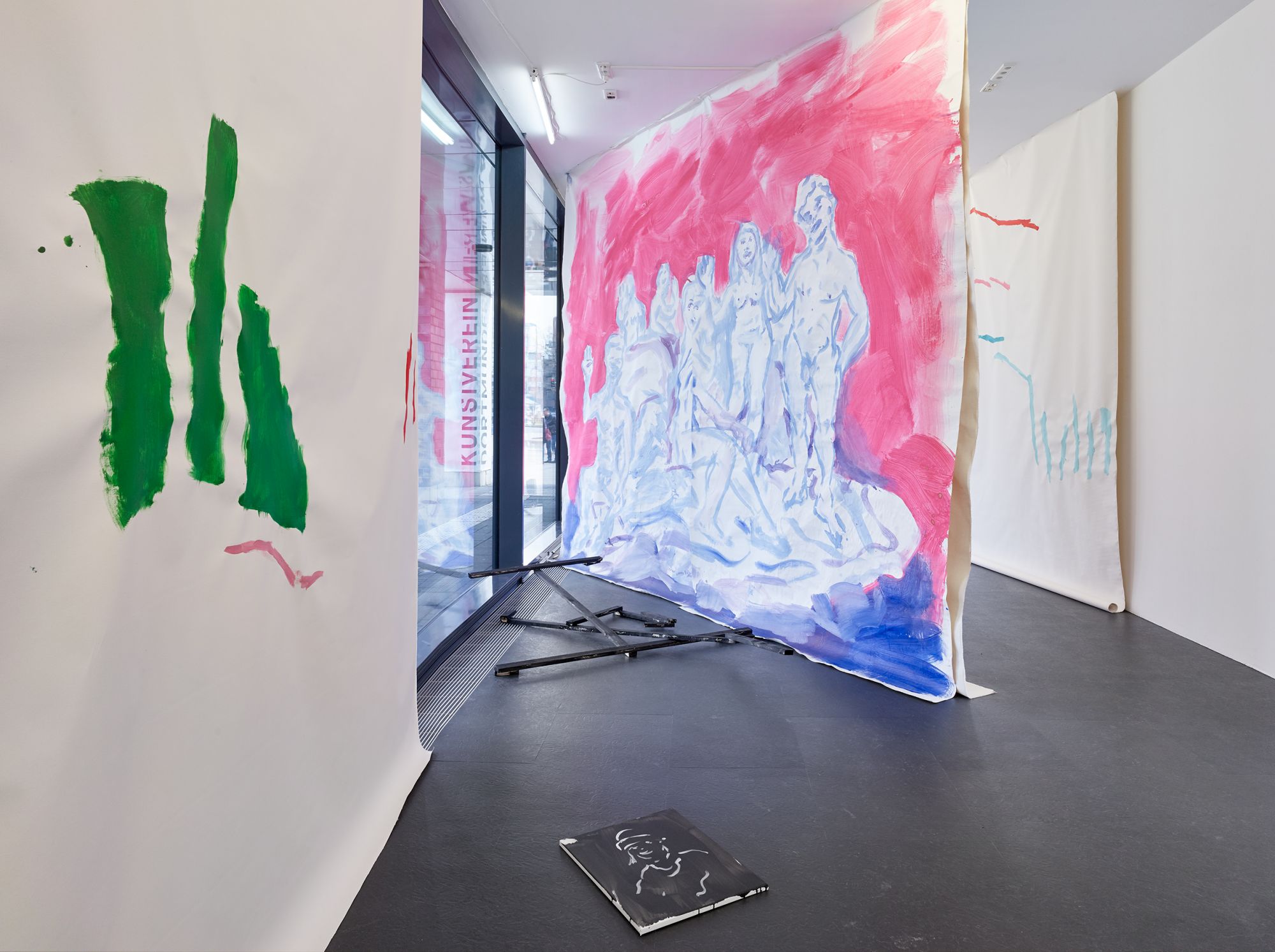 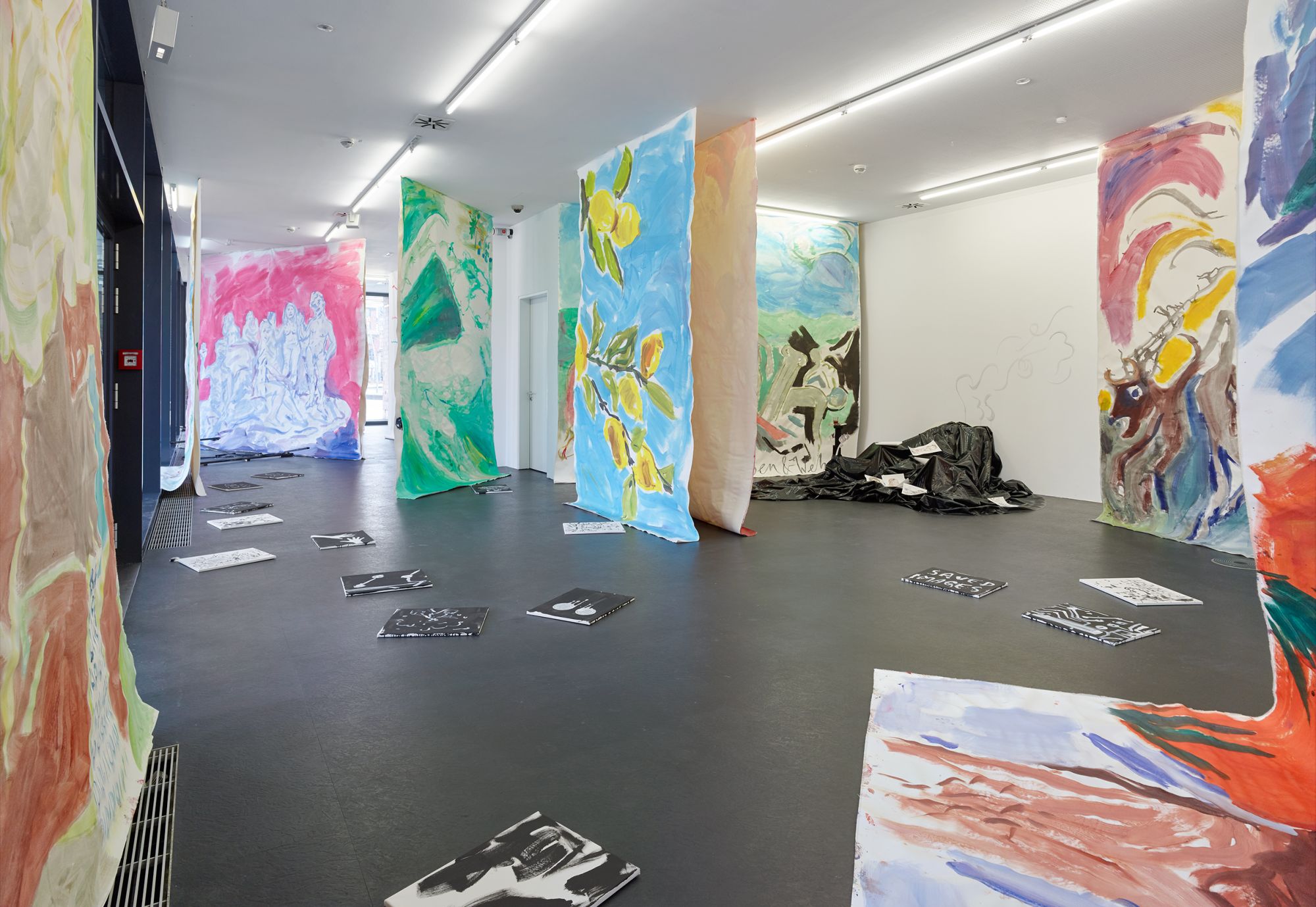 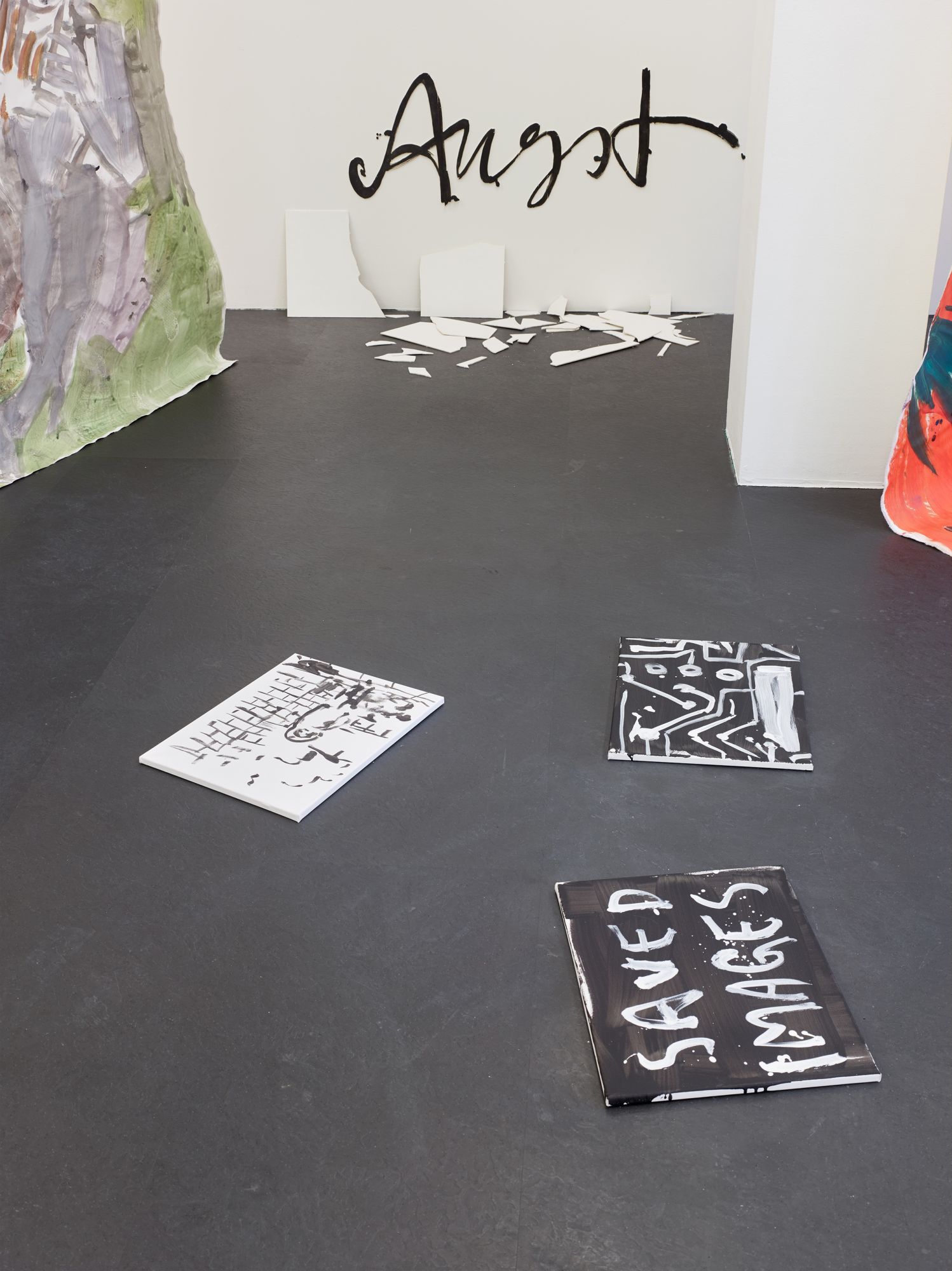 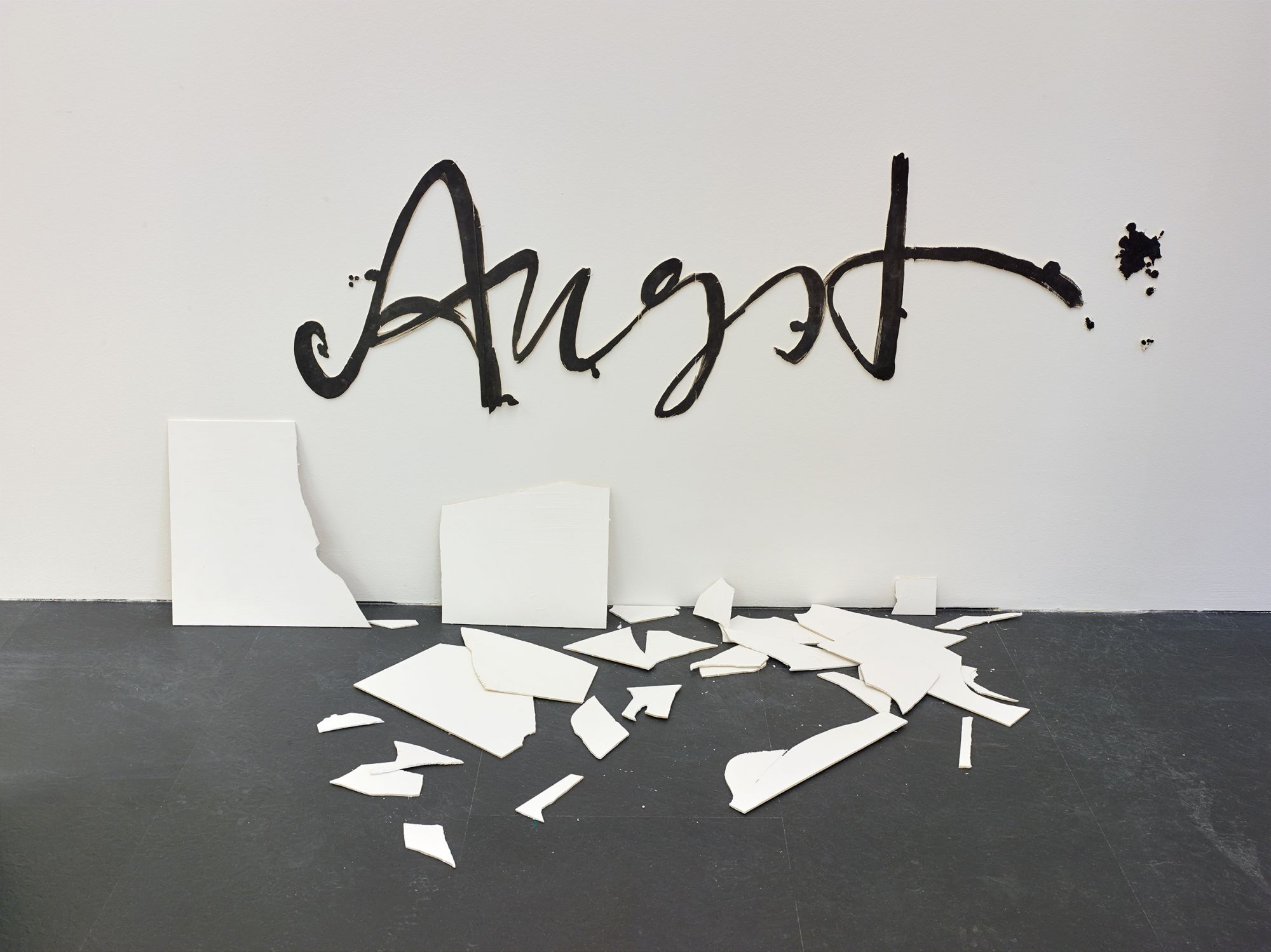 hobbypopMUSEUM
DIGITALIA
2 March until 13 May 2018

The exhibition DIGITALIA takes place on the occasion of the 20th anniversary of the six-person artist group hobbypopMUSEUM. The guiding principles sees the artist group as a band, always on the move in the world of art, transforming the exhibition space at every stop on its Never-Ending tour into a playful work of art.

The meeting of artists in the exhibition space and the subsequent collective painting explorations of that space set in motion an associative process, paving the way for great spontaneity and speed. The same is true for the choice of materials, consisting of anything from paint to sculpture, from video to performance. It is a process directly linked to a search for and reflection of liveliness.

Thematically, DIGITALIA is the group’s sequel to the Photo Shop Museum exhibition (Belle Air, Essen, 2016) in which they continue to examine the possibilities and methods of analogue production of images in a digital context. Their internet-based image research on Italy serves as an inspiration for their pictorial explorations of space: a boy in swimming trunks on the beach, a Pompeiian landscape, an archaeologist digging out artifacts, lemon trees, the musician David Gilmour at Pink Floyd’s concert ‘Live in Pompeji‘(1972). All images of longing, standing as a parable for the internet as the perfect longing-machine. The paintings, mostly acrylic on primed canvas in sizes of up to 5x3 metres, are conceived as both walls and architectural elements that describe the inner structure and diversification of digital production processes. The resulting mind-map is an associative process that can be experienced and walked through. The Kunstverein’s outward facing wall is graced by a painted circuit board that creates and controls the images and sounds. Thus, the Kunstverein becomes the interface to the mainframe that is the whole building, which itself acts as the display where the images, slides, and layers materialise in large-format paintings, generated by the operating system. While walking through the Kunstverein, the viewer breaks through the surface of the screen and is immersed in the internet’s world of images. However, this is not restricted to the visual aspect but is accompanied by an auditive experience: a whirring processor cooler, an electronically buzzing volcano, and a piece of pentatonic flute music – verifiably humanity’s oldest tonal system – are all part of the installation as a whole. The idea of omnipresent electronics contrasts with the imagination of Arcadia.

With the notion of the collective as an author, the acceleration of the painterly act and the exploration of current topics, unconventional trailblazers hobbypopMUSEUM have been filling a gap between the older generation of artists and a younger art scene from North Rhine-Westphalia for the past twenty years. With this anniversary exhibition, the Dortmunder Kunstverein acknowledges the consistent, persistent and continually relevant work of hobbypopMUSEUM and showcase their exemplary position in the development of both the art scenes in the Rhineland and national art scenes.