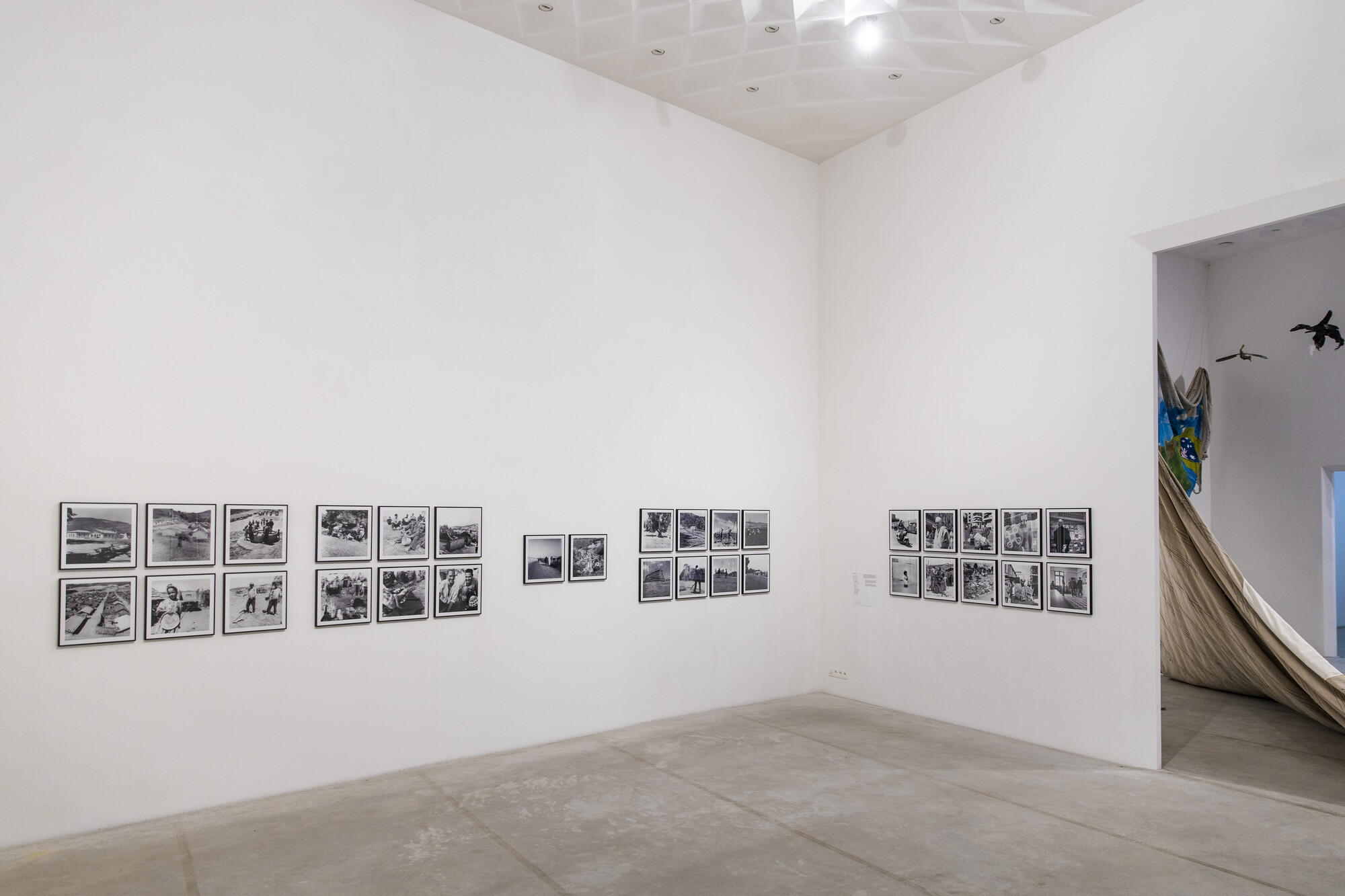 Le Déracinement (Uprooting) is a title borrowed from the field study conducted by sociologists Pierre Bourdieu and Abdelmalek Sayad during the Algerian War of Independence (1954-1962). Their work scrutinized how the forced displacement and resettlement of Algerian peasants by the French military resulted in large-scale migration and the erasure of familiar patterns of life. This inquiry into the drastically altered human and natural environment of Northern Algeria was documented by Bourdieu through the series of photographs that form the starting point of this exhibition.

Turning to the Mediterranean and the Atlantic, the exhibition features artworks that reimagine, disentangle and rewrite colonial and postcolonial histories of displacement. They document the encounters that took place in diasporic settings and narrate the networks of solidarity that have emerged in between worlds, looking at forms of cultural inheritance that survive in the present.

The artists in the exhibition read the natural landscape as an archive of the extractive histories and migratory patterns that gave rise to the modern world. Throughout history, the act of uprooting and resettling went hand in hand with the destruction of existing ecosystems. Yet, while the displacement of populations has been foundational to the construction of Western modernity, European policies today continue to create hostile environments for those considered outsiders along racial lines, affecting modes of existence and disarticulating forms of attachment and belonging.

The exhibition foregrounds the radical challenges posed to the image of a self-contained Europe by diasporic communities. Artists evoke fictions and imaginations, shifting our gaze from the comfort of solid ground to one of restless seas and hybrid identities created over centuries, through trajectories that crisscross the Mediterranean and Atlantic. They question the language of integration, assimilation and inclusion that is assumed within national frameworks and disrupt exclusionary concepts of belonging. Through works that carry intergenerational transmission across times and geographies, they suggest notions of roots that put nation, territory and citizenship under strain, emphasizing in their stead the imaginative possibility of inhabiting several spaces at once.