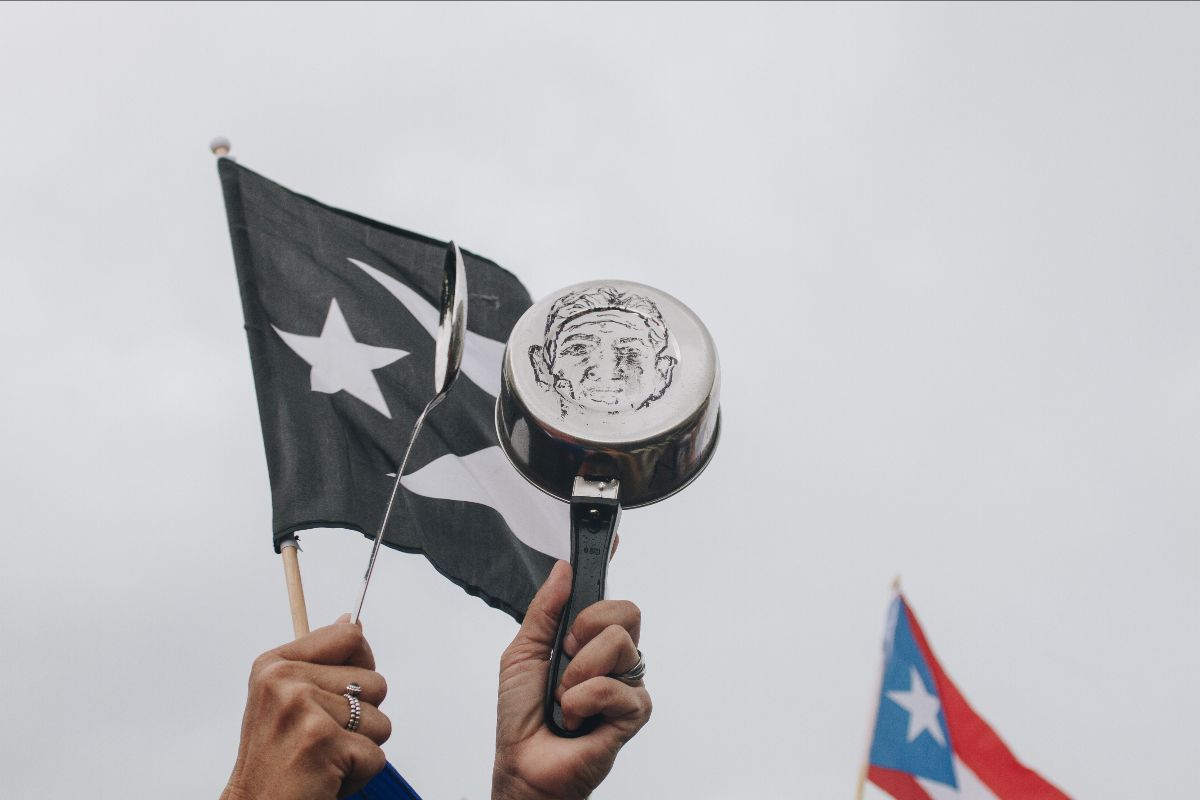 Temporal takes its name from a Puerto Rican plena song, which roughly translates to “storm.” Plena, a style of music with Afro-Caribbean origins dating back to the early 1900s, has been referred to as the “sung newspaper” of the people and often incorporated into protests chants on the island. The exhibition follows in the storytelling style of this traditional Puerto Rican musical genre, showcasing documentation of protests, life during and after María, and art of the resistance.

The museum’s ground floor galleries will trace the impact of Hurricane María, exploring issues of poor infrastructure and economic sustainability in a financial crisis. Additional galleries will be dedicated to the historic silencing of the independence movement in Puerto Rico, as well as evolution of the Puerto Rican resistance movement, especially in relation to the July 2019 protests.

Highlights of the exhibition include a piece by Chicago-based artist Edra Soto, whose large-scale installation Graft (2020) features viewfinders where visitors can discover Soto’s photographs from the day after Hurricane María. Other notable pieces include works by Mari B. Robles López, whose photograph Paro Nacional, julio 24 (2019) featuring activists banging on pots and pans during a protest will be printed on a collection of four actual pots and pans and displayed on the wall of the gallery. Other works include pieces by the photojournalist Erika P. Rodríguez, whose photographs documenting Puerto Rico during the hurricane and recent protests have frequently appeared in The New York Times.

“The exhibition is an attempt to make sense of the tumultuous recent years the island has had, as well as a contemporary reimagining of the traditional cultural element of plena music and its stories,” said Perdomo Álvarez.

The MoCP is supported by Columbia College Chicago, the MoCP Advisory Board, the Museum Council, individuals, and private and corporate foundations. The 2019-2020 exhibition season is generously sponsored by the Illinois Arts Council Agency, the Efroy