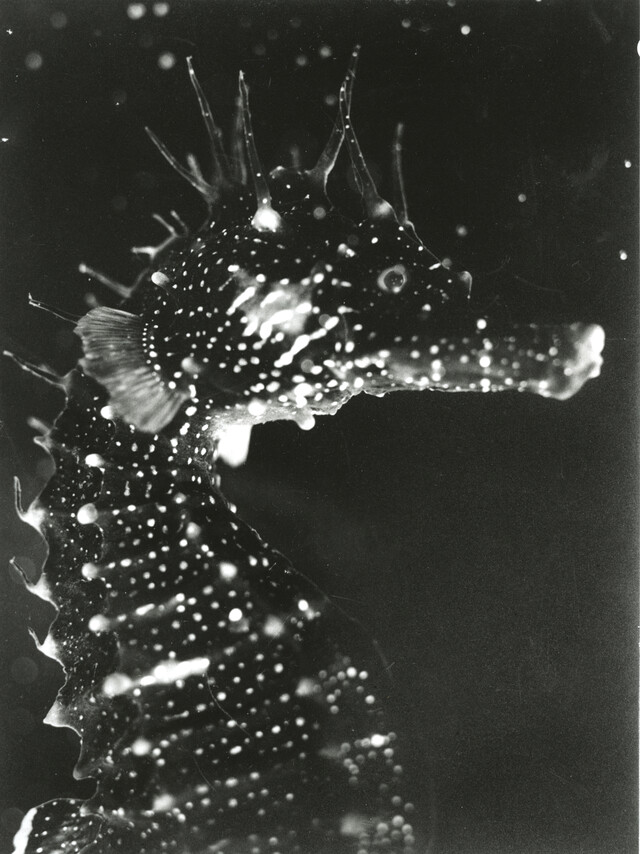 “The animal possesses secrets which, unlike the secrets of caves, mountains and seas, specifically address humankind.” —John Berger, Why Look at Animals? To which secrets is the British writer John Berger referring? What mystery is held in the gaze exchanged with a wild animal? The enigmatic link between man and animal is at the heart of this exhibition, here explored through aquatic life. The Imaginary Sea, conceived by American curator Chris Sharp, transforms the Villa Carmignac into an underwater museum of natural history, diving into artists’ sea of dreams as vividly as the eroding seas of our real world.

Taking early 20th-century European art as its starting point, the exhibition explores how underwater life has fascinated and inspired artists throughout the last century to today. Its more contemporary facet focuses on the way in which certain artists anticipated a shifting point of reference: humans would no longer be the dominant species, but an integral part of a wider community of living beings linked with other ecosystems. This disrupts our position as “observer,” peering into tanks at the aquarium or cages at the zoo.

Below the surface, the exhibition invites us to immerse ourselves in the deepest seas of various kinds. The “artificial sea,” transformed by man and populated by faux species that have emerged from chemical waters. The “lost sea,” where a fictive future museum of natural history unfolds, bringing together archival animals that no longer exist except in our imaginations. The “sea of humankind,” where the human gaze upon animals is questioned: who are we, in the end, if not perhaps the “others” whom all these marine creatures are scrutinizing?