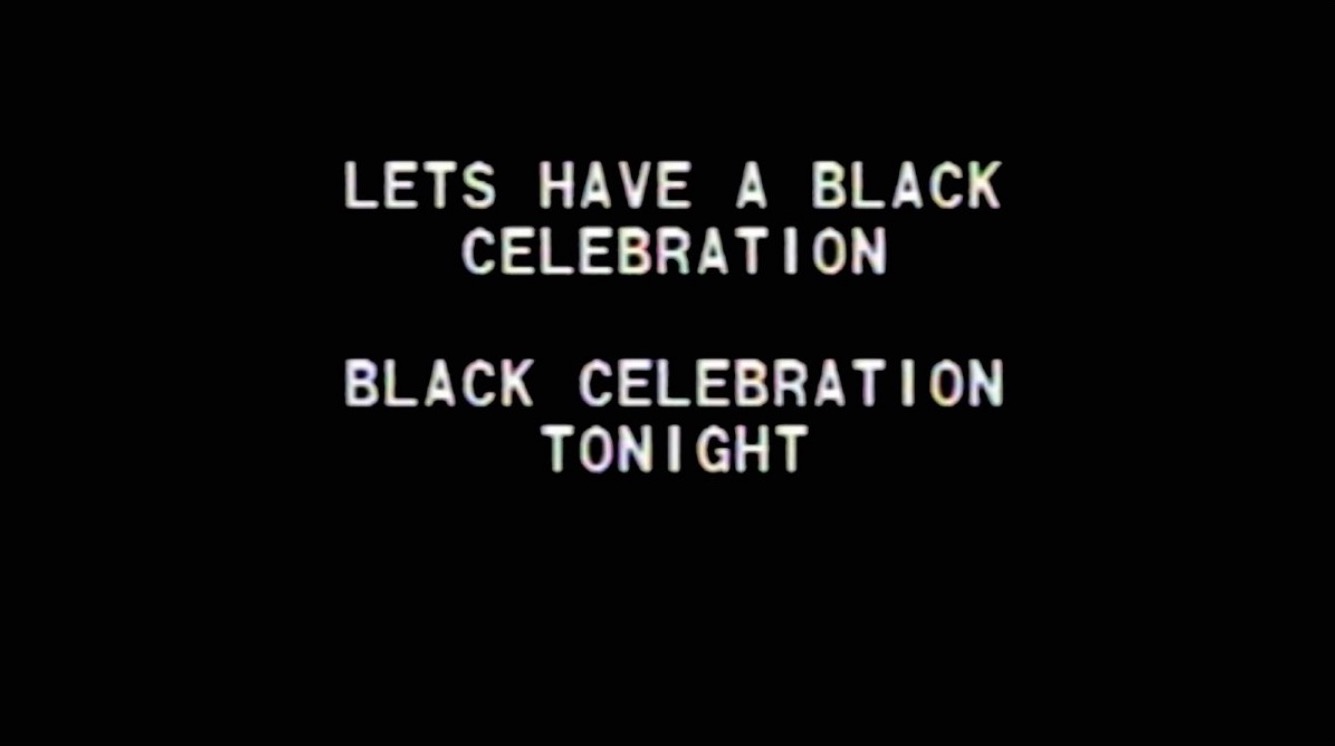 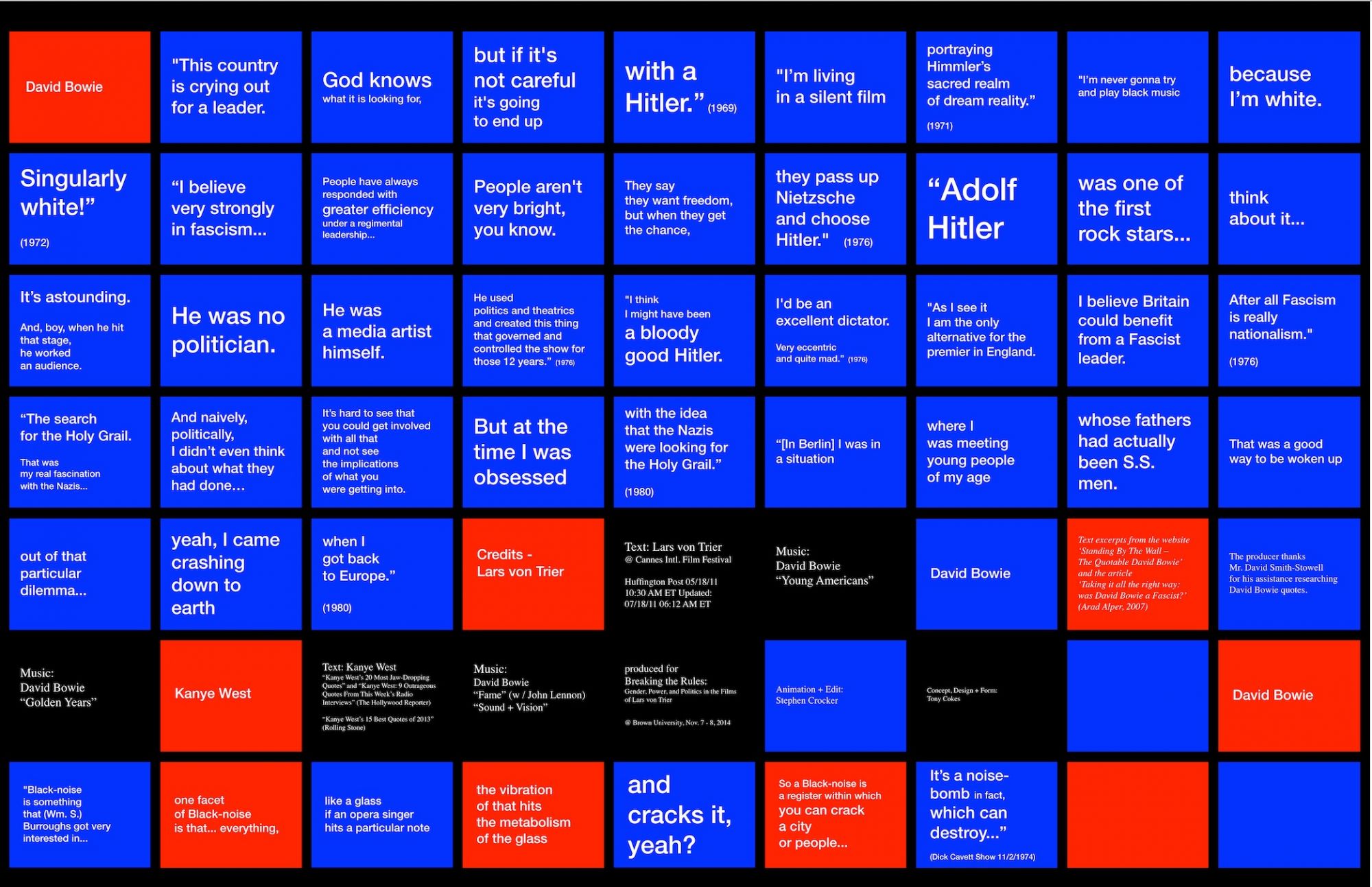 Since the 1980s, Tony Cokes (b. 1956, Richmond, Virginia) has developed a precise visual style marked by his attempt to challenge the established use and hierarchies of animated text and found images, adding a visual element in the form of solid-colour slides or, more recently, morphing organic backgrounds.

Self-described as a ‘post-Conceptualist’, Cokes acknowledges the influence of conceptual artists such as Art & Language, Adrian Piper, Lawrence Weiner and Jenny Holzer. In his college years, he also encountered the art of Dara Birnbaum, Yvonne Rainer, Barbara Kruger and Dan Graham. From that moment onwards he became interested in editing, focusing especially on the idea of making versions and mixes, and how these strategies could provoke or induce the way we read images and stimulate our desires.

With his videos, Cokes explores and subverts the cultural and political discourses embedded within pop music, electronica, art, television and film. Through his works, such as Black Celebration (1998) and Fade to Black (1990), he pays close attention to themes including racial representation (the simultaneous hyper-visibility and invisibility that affects black subjectivity) and the context of late capitalism, in his words ‘representational regimes of image and sound’. He explores the limits of the documentary genre, but also questions how we look at films, TV journalism, videoclips and advertising, exploring the connection between visualisation and commodification, and, by deconstructing them, the political implications of our pleasures.

In his work, Cokes brings together theoretical and popular textual material, quoting diverse figures including Paul Gilroy (who is a key source for the artist), Louis Althusser, Malcolm X, David Bowie, Public Enemy, Morrissey and Donald Trump, combining these to affect a political and social critique of capitalism. Some of his outstanding creations include the collective project Black Male: Representations of Masculinity in Contemporary American Art (1994–95, with X-PRZ) and his important ongoing series Pop Manifestos (1997–) and The Evil Series (2001–).

By inventing a new style of ‘video essay’, manifesting, quite literally, essays on video, these works offer radical new ways to tell stories, understand images and experience sound. They give us the opportunity to observe our emotional response to these elements. Thus Cokes’ works have been characterised as ‘ideas you can dance to’. Cokes considers himself an editor or a mixer, and works collectively with technicians, musicians, art/theory groups, etc. exploring the concept of dub (to double), both as content (the musical genre) and as method. His practice is aligned with appropriation: sampling, dubbing and remixing, like a DJ. He forces us to re-hear, re-see and re-think the stream of information that we receive across the screens, pages and public and private spaces, in the era of fake news, post-truth and alternative facts.

His works have explored minimal techno, black cultural heritage and the diaspora (in Mikrohaus… Mikrohaus, or the black atlantic?, 2006–08); pop culture and celebrity (in Face Value, 2015); the use of music as a form of torture in the ‘war on terror’ during the Bush administration (The Evil Series); and, more recently, addressing the political resonance of Aretha Franklin and her participation in the Civil Rights movement, from the perspective of the Black Lives Matter movement. MACBA will show key works corresponding to these three stages of Cokes’ production (encompassing early work, monochrome videos and more recent pieces), in an audiovisual exhibition that will dialogue with different spaces within the museum. It will take place from October 2020 to February 2021.